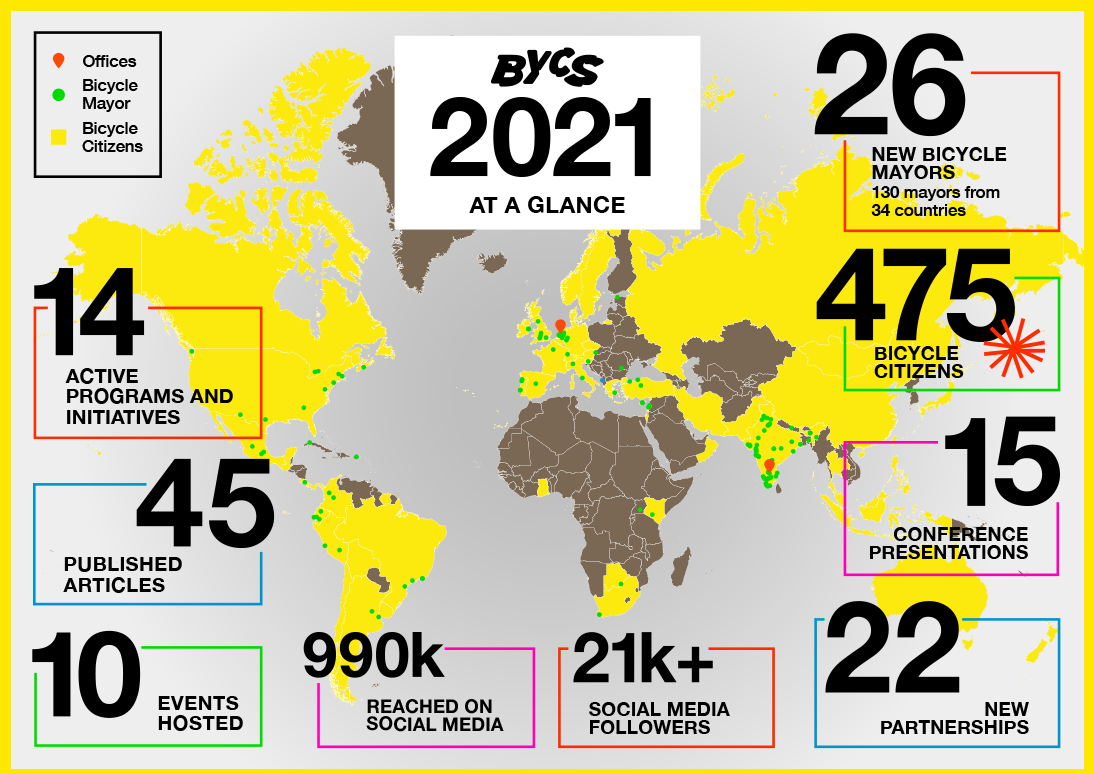 The BYCS team highlights its favourite initiatives of last year, as we ready our annual report, and kickstart several exciting international projects in 2022.

Maud de Vries, Co-Founder & CEO: COP26 & Bicycle Heroes
“One of the absolute highlights in 2021 for me was taking the 9h climate train to COP26, from Amsterdam to Glasgow. Organising the COP Cycling Forum, next to Michael Pinsky’s Pollution Pods, and welcoming the WHO / Doctors on Bikes group that cycled all the way to Glasgow was so inspiring. We wanted to host such an event because we believe that making noise outside COP (and it was loud, this year!) can be just as important as the noise inside. Inside the event, we participated with the Global Alliance Cities 4 Children to organise ‘Our Climate, Our Future’, featuring a video from Amsterdam’s Junior Bicycle Mayor, and we supported the European Cycling Federation to form a global coalition around a cycling declaration. Much work remains to be done, but we were very happy to meet lots of great people working towards a better future for all, and are already looking forward to COP27 in Sharm-El-Sheikh, where we will stand together once more to make change happen!

We worked on so many interesting initiatives that I can’t simply name one, and will have to also mention our Bicycle Heroes program in the Hague. In 2021, we were able to engage more than 400 children from 8 schools around the benefits of cycling and co-created solutions during workshops to develop ideas around making cycling around their school and neighbourhood safer, more fun, and more comfortable. The winning ideas were developed further, and a bicycle heroes squad, made up of 30 children, has started working with the city and meeting monthly to engage with peers and community. This will continue for a year. Because children’s needs are similar to those of many other vulnerable groups, if systems of mobility are designed for them, then the rest of the population will also benefit. This program is such a wonderful way of bringing awareness to inclusive cycling, as well as involving children in the process of citymaking! I’m very excited for us to scale this program across Europe in 2022 in the cities of Dublin, Lisbon, and Rome.” 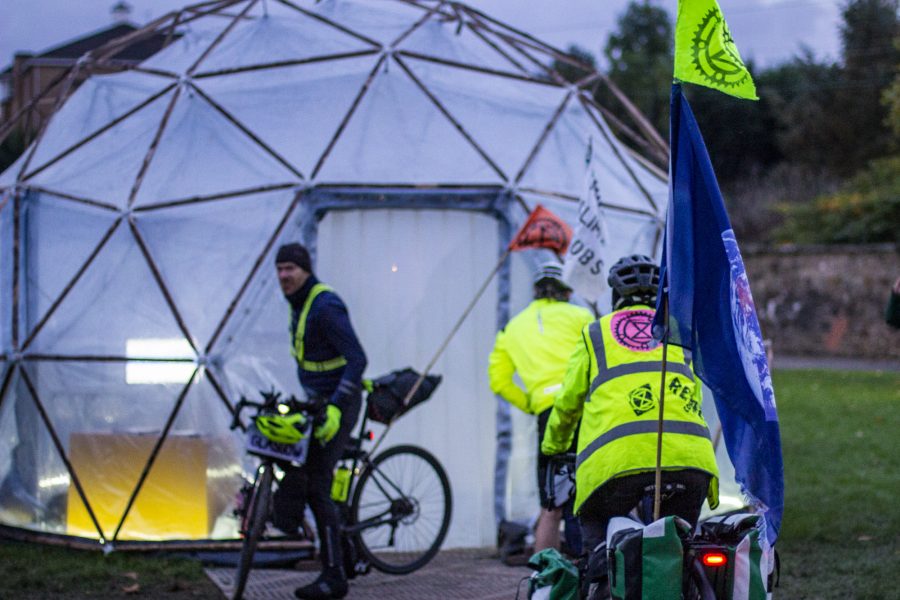 Maarten Woolthuis, Co-Founder & CFO: Green Deal Fiets
“Green Deal Fiets Metropolitan Region of Amsterdam is one of the fantastic projects we were invited to help run last year. It is one of the first pilots in which we develop, test and refine MAKE WAY, an in-house methodology where we convene an ecosystem and collaborate with other organisations (governments, knowledge institutions and companies) to jointly stimulate bicycle uptake and innovation. Within this coalition, we fulfil the role of convenor, accelerator, creative strategist and impact manager. It is also a way for us to involve and uphold youth leadership, in collaboration with Amsterdam’s Junior Bicycle Mayor.

It was gratifying to already see key results reached in the first year, when we succeeded in laying down hard collective and individual agreements in a covenant. Parties had to step outside the comfort zone of their core business and collaborate in new ways. Sector innovations are already being created, which we can hopefully scale to other places in the world when and if they are successful. These include bicycle service points, bicycle-friendly employment conditions, an incubator for bicycle knowledge, and an intervention timeline, supporting children and adults along their lifecycle. I can’t wait to see the positive impact coming from these innovations in the coming years.”

Dan Eppstein, Director of Operations: Cycling Development in India
“During the months of October and November, I was able to witness the potential of cycling in India, and grasp both the challenges and opportunities for non-motorised transportation in an unprecedented way. The purpose of my trip was to visit the Board of Directors of BYCS India Foundation in order to plan the upcoming year, as well as meeting with different partner organisations, and government agencies. Meeting local partners involved in the Bengaluru Sustainable Mobility network, of which BYCS is a member, as well as the Council for Active Mobility, was also informative, and motivating as we plan our future work in the city.

Gathering the 45 national members of the Bicycle Mayor Network in Delhi was also an opportunity I was greatly looking forward to. While hindered by the advance of a new COVID-19 wave, we were able to quickly pivot to a digital summit that spanned a program of three days. The goal was to bring the Bicycle Mayors together in a unified manner, focusing on strengthening cycling cultures in India. The summit ran a series of webinars and workshops that explored BYCS research, advocacy strategies, as well as more operational capacity building and internal network discussions. We were delighted to also host a public facing event, featuring visiting speakers from ITDP, WRI, ICLEI, and Purpose. It was absolutely amazing to see future collaborations forming, and new partnerships being cemented.” 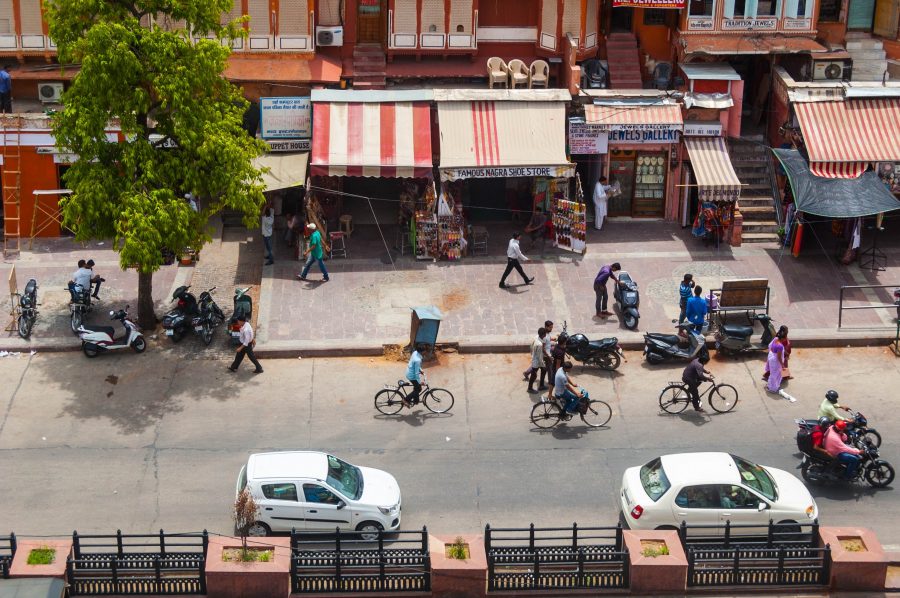 Alex Baum, Programs & Systems Manager: Inclusive Cycling at Velo-City 2021
“Standing on stage at Velo-City in Lisbon in September was my highlight of 2021. I had been working on the topic of Cycling Cities for Infants, Toddlers, and Caregivers for over a year and had presented on it at numerous virtual conferences. There is nothing quite like getting to stand on a stage in front of real people – the lights, the energy, the massive venue – and speak passionately about something you really believe in and care about. It was so easy to engage with people as compared to a virtual conference – I could really see how much interest and excitement there was for this topic.

It was so empowering and motivating, especially as we set out to continue our partnership with the Bernard van Leer Foundation to transform the ideas developed into more concrete programs and initiatives, as well as new, actionable knowledge for urban leaders in the coming year. There are so many ways that the topic of cycling for infants, toddlers, and caregivers is being developed, such as the children’s book “The Magnificent Story of the CyclePlanet” that we helped publish in Argentina, and I look forward to continue promoting safe, easy, comfortable, and fun cycling planning and policies for this important stakeholder group!”

Lucas Snaije: Research & Advocacy Manager: Cycling Cultures in Latin America
Forging a relationship with the World Bank transport team around strengthening cycling cultures in Latin America, drawing from research we published this year, was a definite highlight of 2021. Being able to work with an experienced team of urbanists and cycling advocates in Mexico, Chile, and Colombia enabled me to gain valuable regional perspectives, and understand in further depth contextual challenges, opportunities and situated knowledge of the most urbanised region in the world’s transport future. I truly believe that cycling activism networks in Latin America are among the most dynamic and intersectional I’ve encountered, and have a lot to offer to the rest of the world.

Developing an advocacy and communications strategy for the Latin America Cycles Community of Practice, launched in January 2022, was a key component of this relationship. I couldn’t be more excited to help gather government stakeholders, media, businesses, activists, and urban planners over the next few months to share knowledge and experiences during a series of online events (14-25 February), as well as technical visits to Mexico City and Bogota in April and May.

James Crossley, Creative & Communications Manager: Bicycle Citizens Network Launch
The standout moment for me in 2021 was the response we got when launching the Bicycle Citizens Network. We knew that there was interest in being more involved in cycling advocacy from within our spheres of influence, but receiving ~300 signups in the first week was huge. The vast majority of these included engaged and determined messages about the work Citizens want to do and the future they see. This was incredibly gratifying after working to make the initiative come to life.  Today this network represents close to 500 people in 60 countries, a hyper-diverse group of people sharing the same vision that I and BYCS have of our mobility future. 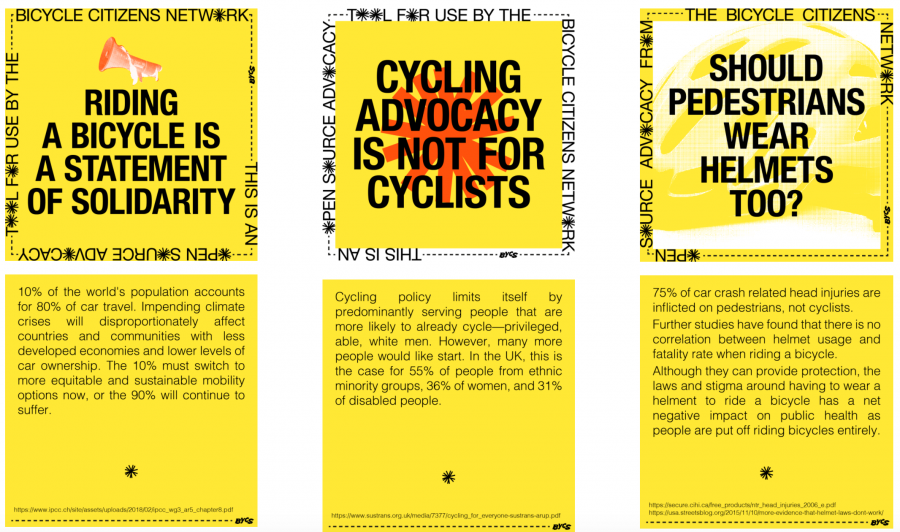 It was powerful to witness both the Latin American bicycle mayor joining their local knowledge on the region’s particular challenges to promote the bicycle as a solution to the climate crisis, and the ability and willingness of the entire network to scale this campaign globally and support the message of the regional group. Since then, I have had the privilege of witnessing the network’s changemaking ability in action countless times, and I am eager to see what else 2022 brings.

Bella Duncanson: Impact Stories from Bicycle Mayors & Perspectives
Since the beginning of my internship with BYCS I have been intrigued by the global scale and network that has formed from various projects and initiatives. In particular, the diverse group of individuals that make up the Bicycle Mayor Network and Bicycle Citizen Network. The highlight of my 2021 has been diving deeper into this global network of passionate cycling advocates and activists, envisioning how we can share their rich experiences and stories. Already within the last few months, we’ve begun to think and implement ways of sharing these stories – through sharing the activities of Bicycle Mayors on social media and reflecting on the impactful Perspective interviews from the past year.

In 2022, I am looking forward to continuing to shape this storytelling and further developing how BYCS can be a platform to amplify the diverse voices and stories that exist within our network. 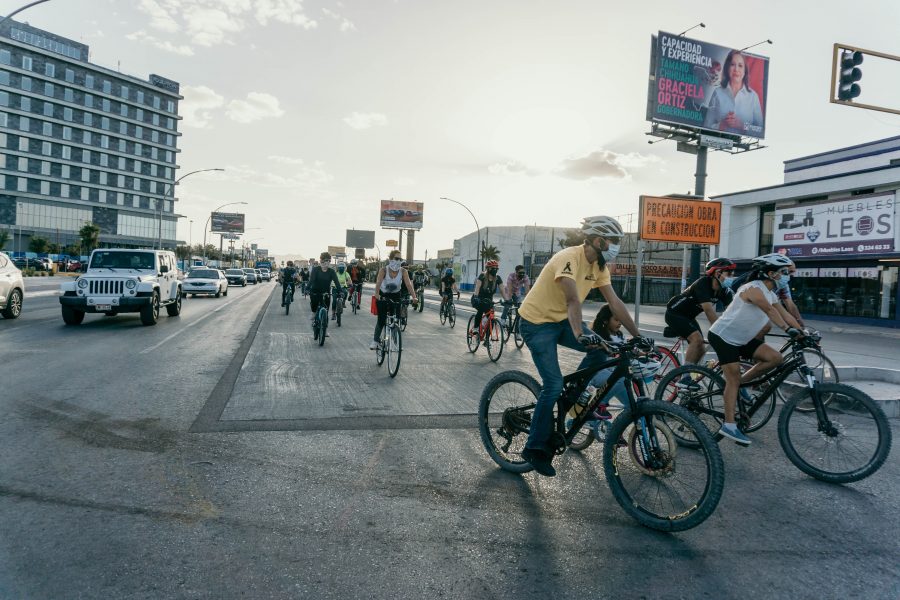