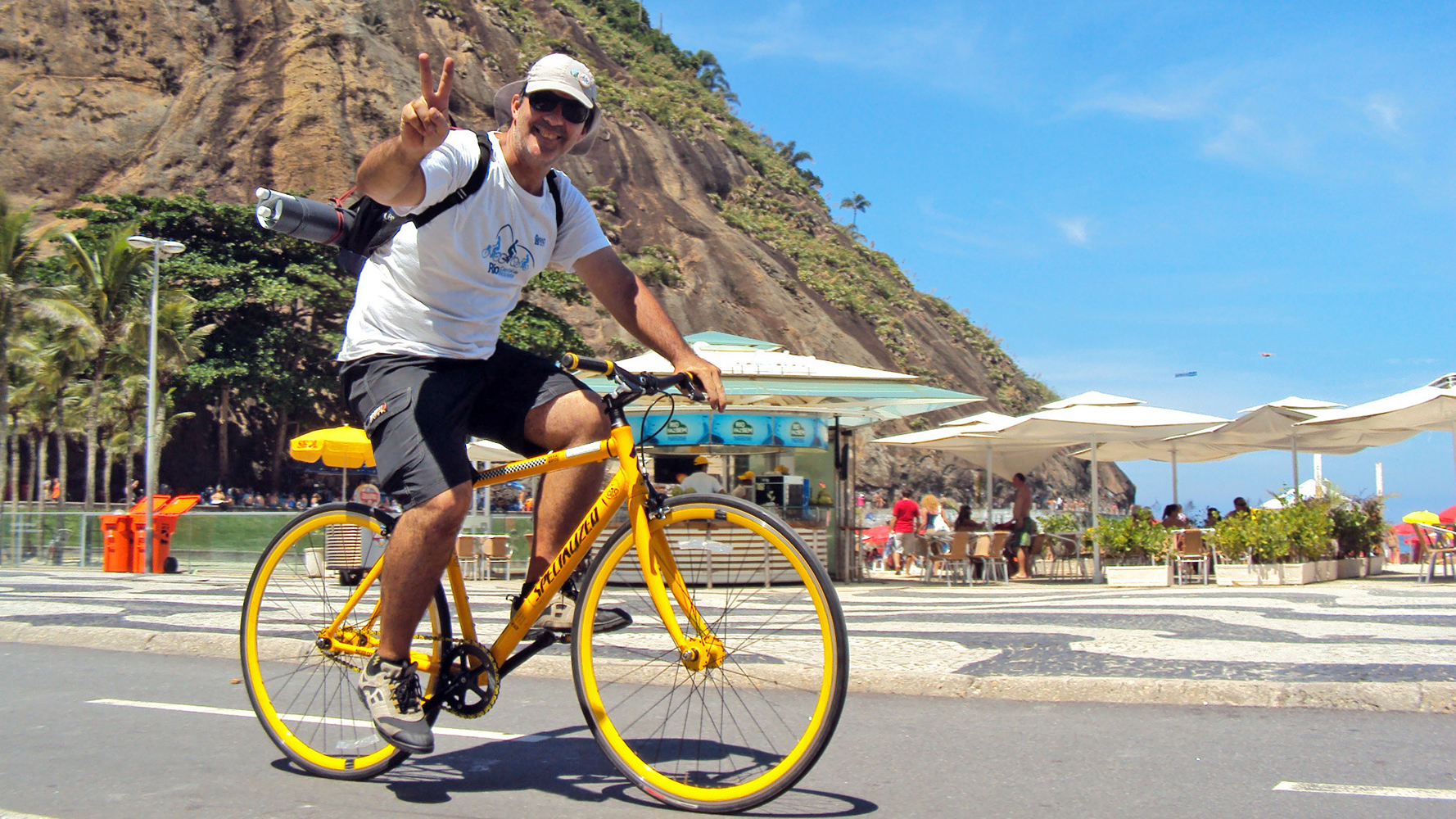 My name is Zé Lobo, I like to think I have been unofficially fulfilling the role of Bicycle Mayor already for many years. I work with the organisation Transporte Ativo in promoting active modes of transport like cycling, rollerskating and walking since 2003. I believe increased and better connected cycling infrastructure is key to get more people on bikes and less accidents on the road.

I work with all kind of partners, for example on a campaign with the Dutch Embassy on cycling during the Rio Olympics, and I’ve recently guided policy makers from big Brazilian cities to Velo-City in Arnhem-Nijmegen. This year Rio de Janeiro Hosted the Velo-city Conference and I was the Program Director. Also check out my blog on the infrastructural benefits for cyclists after the Rio Olympics here.

To make cities friendly and pleasant for cycling.

The highly motorized minds of our technicians and politicians.

One pedal stroke after another, never stopping or giving up the fight to widely implement cycling in Rio.

We can always learn a lot from each other, especially with different cultures and behaviors.