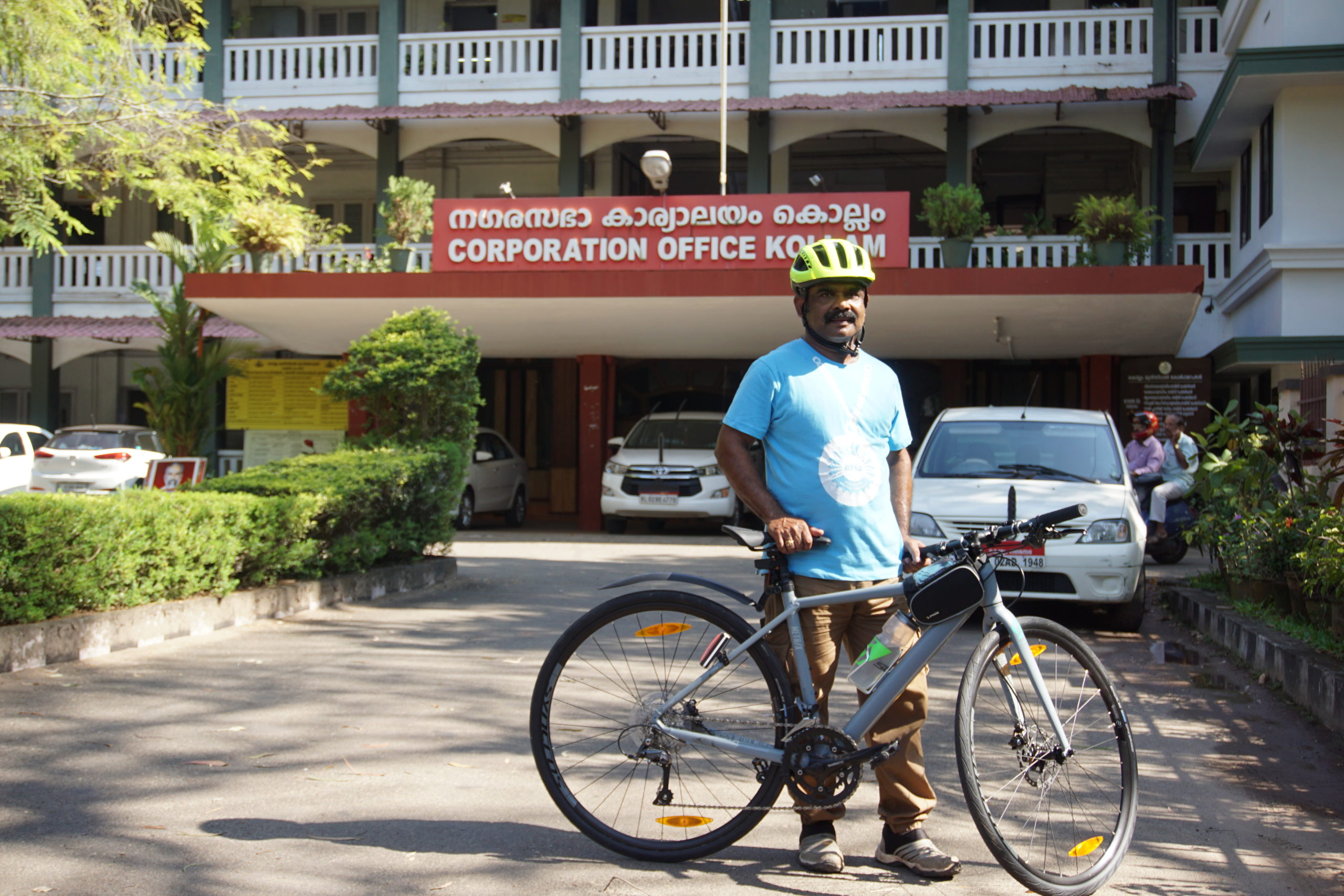 I am T.G. Subhash, a Senior Development Officer at Life Insurance Corporation of India. I am an endurance sports man trained in the Martial Art of Kerala – Kalaripayattu since the age of 16. Now a known cyclist and Marathon Runner, I’ve attended and conducted many events. I have been commuting with the bicycle for the past 21 years. My first memorable bicycle commute was from my hometown Ezhukone to Kollam, a distance of 21 miles or 18 Kilometers. These days I use my cycle to commute around my city for work.

My mission is to promote bicycle commuting irrespective of gender and age. I want to work towards getting a bicycle track in my city and liaison with the government and NGO’s for Bicycle Training Centers especially for youth and women. I also want to organize Awareness Programs of the benefits of bicycle usage for different needs like transport, commute and daily exercise which results in “0” Carbon pollution, good health maintenance, money saving, boosting inter-personal relationships and eco-friendly habit creation.

There is a lack of cycle tracks. There is also generally a lack of awareness in the areas of commute, riding, and health. We need cycling stations across the city including urban and rural areas.

“Do what you say and say what you do,” this is my lesson. Take all efforts to make my city a Model City for others to follow. Seek the support and help of my city leaders for my mission including print media, electronic media and social media, etc,. Recently, in September 2019, we organized one 100k Bicycle Awareness Ride in the Rural Area of Kollam, at Kuzhimathikkad with 50plus Cyclists from Kollam, and Aalapuzha Districts in association with local clubs and bicycle promoters which attracted the attention of all segments of society ending in a great success.