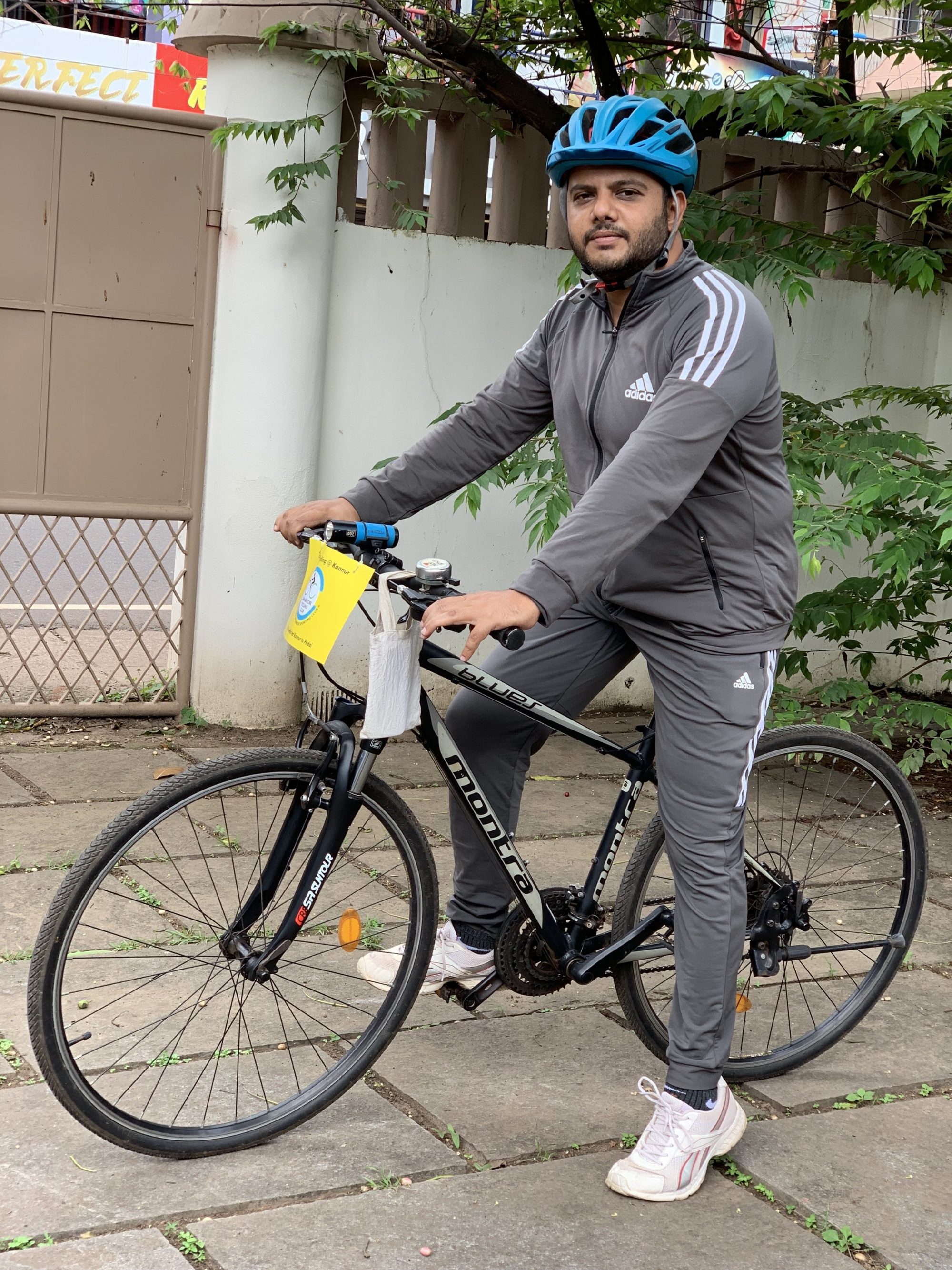 I am in the field of business professionally, but have always been a sports enthusiast. Having led major sporting organisations such as the Kannur District Sports Council, I am intent on developing sports related infrastructure to facilitate a revolution in terms of fitness and well-being.

I am keen on encouraging the growth of a healthy and content society, and aim to use cycling to spread awareness about the need of the hour – an active community. I believe that cycling is the perfect option as it encompasses a wide range of benefits, not only for the health of an individual, but for the environment, as well as the economy.
While people often wax lyrical about the physical health bonuses cycling provides, the psychological plus-points are often overlooked. Cycling has been shown to reduce stress levels by up to 40%, and this fact only skims the surface of the ocean of possibilities opened up by the sport. Cycling also catalyzes the switch to a sustainable lifestyle and I aim to recruit more and more people into this new way of life.

While cycling can provide solutions to many of the major problems society faces today, implementing it on a large scale comes with multiple challenges. India is generally infamous for its roads, which are more often than not in a terrible state of disrepair. Everybody complains about the condition that the roads are in, but it is a lot worse when you are on a cycle. The transport policy is firmly in favour of motor vehicles. Cycling lanes have not yet been demarcated officially, and this leaves cyclists to fend for themselves in the rush of traffic. What this movement basically needs is government and public participation and support.

My goal is to create more and more riders. At present, we have around 1000 cyclists in our city, who we inducted over a period of 4 years. The Cannanore Cycling Club, of which I am President, has started its sub-units in 12 schools and we intend to broaden our reach to the maximum number of educational institutions possible. This will help inculcate the concept from the elementary level itself. I also intend to bring the need for official cycling lanes to the notice of the government. As the number of cyclists on the roads escalates, the authorities will be compelled to construct dedicated cycling lanes. This in turn, will further encourage new additions to the cycling community. Being a Bicycle Mayor, nothing would make me happier than seeing active involvement from both the government and the general public in creating a healthier society.

The Cycling Program that I aim to implement is currently restricted to the limits of Kannur, but as the participation swells, the sphere of influence will expand and induce positive responses from other parts of the national community. We will have to work hand in glove with the media, in order to spread word about our activities in Kannur. The promising nature of the results will act as positive propaganda and will prompt applications of the concept in other regions. This plan will illustrate the change that can be brought about in society with something as minor as a switch in mode of transportation, with active participation from the community.