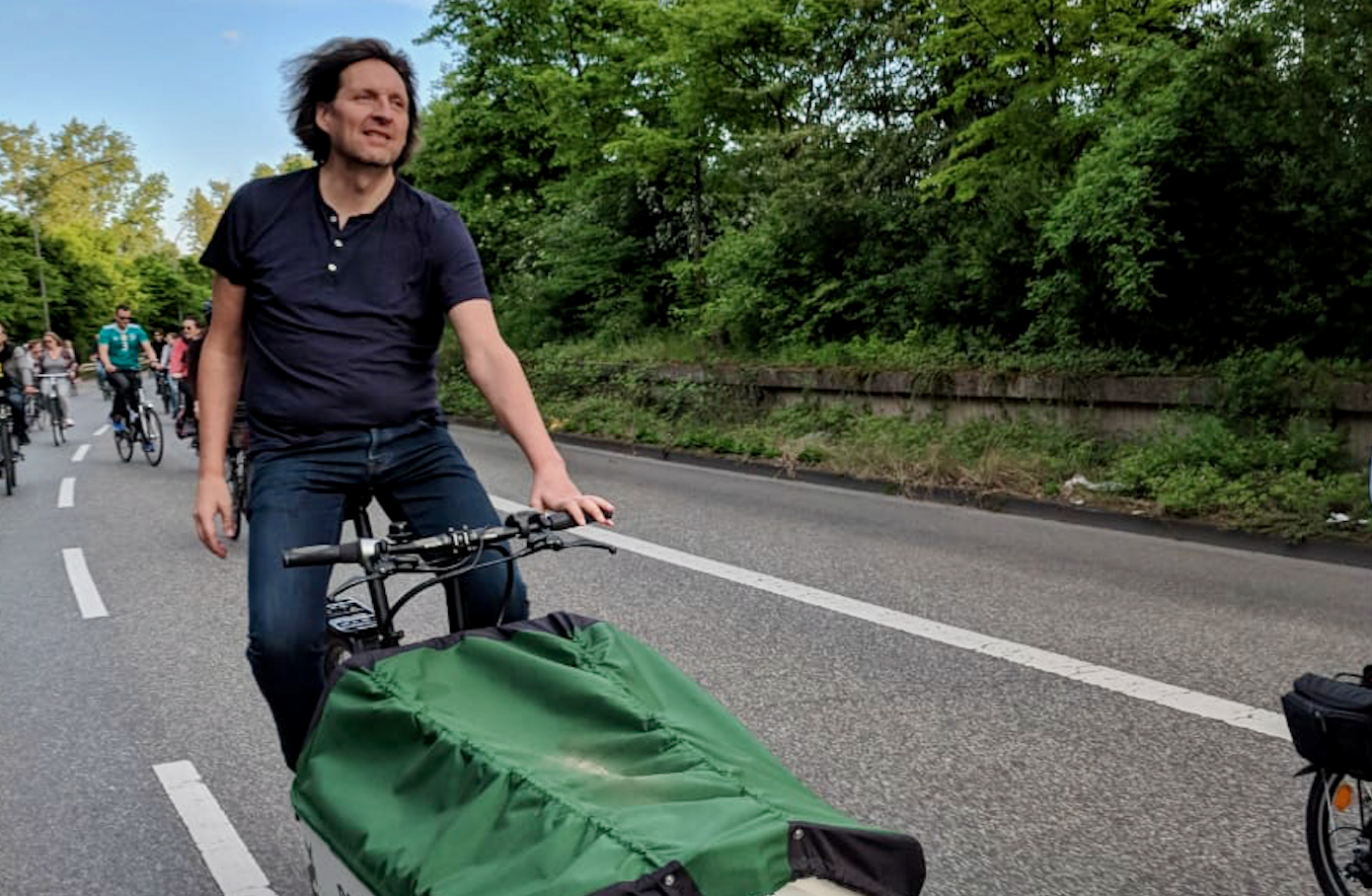 I have been living in Cologne for 25 years now. Five years ago, after a terrible series of bicycle accidents, I founded the initiative #RingFrei, which has made it its mission to change Cologne’s rings into a boulevard again. Our plan is closely coordinated with the various initiatives as well as with local trade and gastronomy, politics and the administration. For this strategic approach, we were awarded the German Bicycle Prize in 2019. Now there is an offshoot that wants to transform the streets around a square in the city centre in a people-, environment- and climate-friendly way. That will be exciting.

Getting around has to be fun, or at least perceived as enjoyable, whether it’s to work, school, shopping or visiting friends. For this, we need an infrastructure that puts people first – such an infrastructure forgives mistakes. That is really important! Also, everyone knows the saying: “You can’t teach an old dog new tricks” – it describes quite well our special responsibility to create safe opportunities for children to discover their city on foot or by bike. Ultimately, we have to change our perspective, i.e. take off the car driver’s glasses and redesign our city accordingly together with everyone. Besides the big measures, it is also the smaller amenities that ultimately make it possible for people to leave home in a happy mood on their bikes tomorrow and arrive at their destination just as happy. But what we need for this is the will to push ahead with this transformation, and this is how my slogan “Cologne will be Germany’s cycling capital in 2025!” should be understood. Anyone who knows Cologne a little knows Cologne has the perfect topography for pedestrians and cyclists! We just have to make the almost 2,000-year-old city aware of that again. In short: The topic of cycling probably needs to be firmly anchored in the capital of carnival, not only in the city hall, but also in the Cologne Rose Monday procession – I am very much looking forward to it.

Cologne developed into a car-friendly city after the Second World War. Back then, the narrow streets were radically widened and car traffic took precedence over everything else. In the meantime, people in the city centre see things differently; over 60 percent of households no longer have their own car. Many no longer have a driving licence. The situation is completely different in the outer districts, where there are families of four with four cars in front of the door. We must now seek a balance between those who are actually or only supposedly dependent on the car, and this can only be achieved through attractive offers for cycling. The recipe for this is to have cycle lanes that provide a connection, but also safe routes throughout, including speed reductions.
I would be happy to convince companies that the bicycle or the cargo bike is indeed a fast and good alternative. I was able to win over one company with this idea – they almost exclusively use cargo bikes – the speed advantage when delivering to 360 locations in the city every week is enormous and we were able to conclude that: It rains much less often than many people think when they think of cycling.

I will continue to seek publicity and talk about the goal of how we realise #VisionZero and #CologneBicycleCapital2025. There are many supporters and organisations here. We will strengthen and enlarge the existing alliances. By the way, Corona also showed us that “where there’s a will, there’s a way”. In addition, I will especially seek dialogue with organisations that are rather sceptical about cycling.

That is not easy to say. Perhaps that it is worthwhile to enter and remain in dialogue with as many groups, parties and organisations as possible and with the municipal administration. That one actually plans less, but does more, even if the result will not be flawless, because as the saying goes: “Appetite comes with eating!“