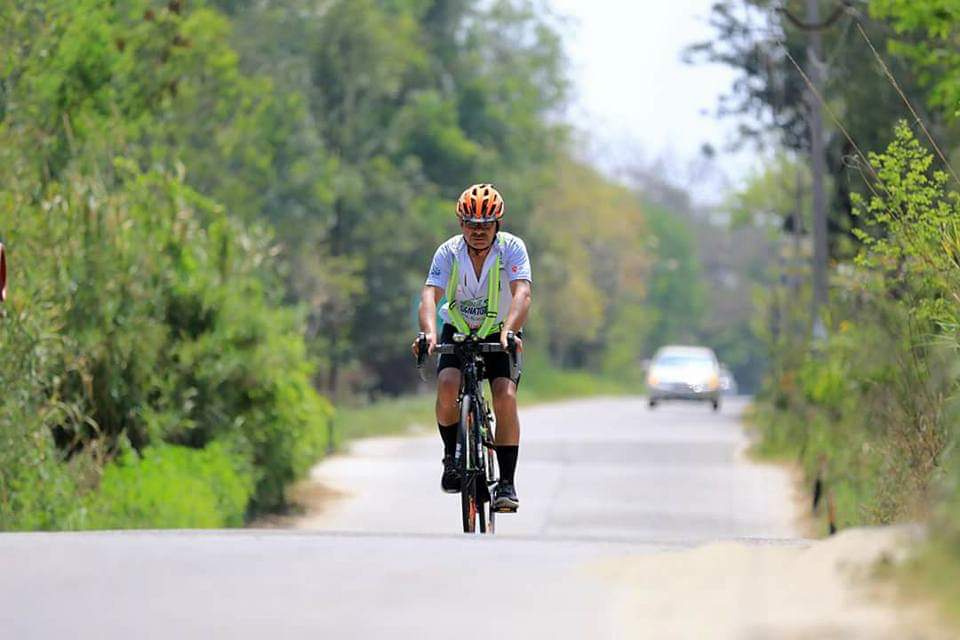 My name is Dr. Pawan Dhingra and I am a cycling enthusiast & leading orthopaedic surgeon from Ludhiana in India. I have been practicing for 25 years, I am passionate about cycling & I do daily small rides & weekly long distance rides through SpinLife club & Ludhiana Bicycle Club.

My mission is to promote cycling in schools, colleges & industries, encourage children and young people to commute on bicycle for education/work, and to incorporate educational cycling events across schools & universities in Ludhiana. I wish to work with government municipal corporation representatives to lay cycling tracks in feasible areas of the city for safer commuting. I also want to educate all cycling commuters, especially those from lower socio-economic backgrounds, on road safety and basic road rules such as using reflective vests and helmets. So overall, my aim is to popularise cycling in the city and make it a safe option.

Ludhiana is a big industrial city with a population of around 4 million. Roads are congested with lots of vehicular traffic & there are no separate tracks for bicycles or two-wheelers. Also, pollution is very high due to smoke/ chemicals from industries & there are few green areas. Most of the labour/factory workers commute on bicycle with no safety precautions & many road side accidents happen.

Another challenge is the weather, especially in summer. Also, cycling can be seen as a taboo: as a poor man’s means of transport. In order to encourage commuting by bicycle on campuses and offices, solutions like awareness regarding benefits of cycling, shower areas for cyclists and cycle parking has to be provided.

My number one priority is to form ‘Cycling awareness zonal groups’ with volunteers from my various clubs & associations that will run the affairs like raising funds and conducting cycling awareness rallies/programs. I will further expand the pilot project as follows:

Ludhiana as a city has seen a rapid growth of cycling in the past few years. It is necessary to make it safe & to make commuting by bicycle mainstream, so as to reduce pollution as well. This will be one step towards a smart city project for Ludhiana.