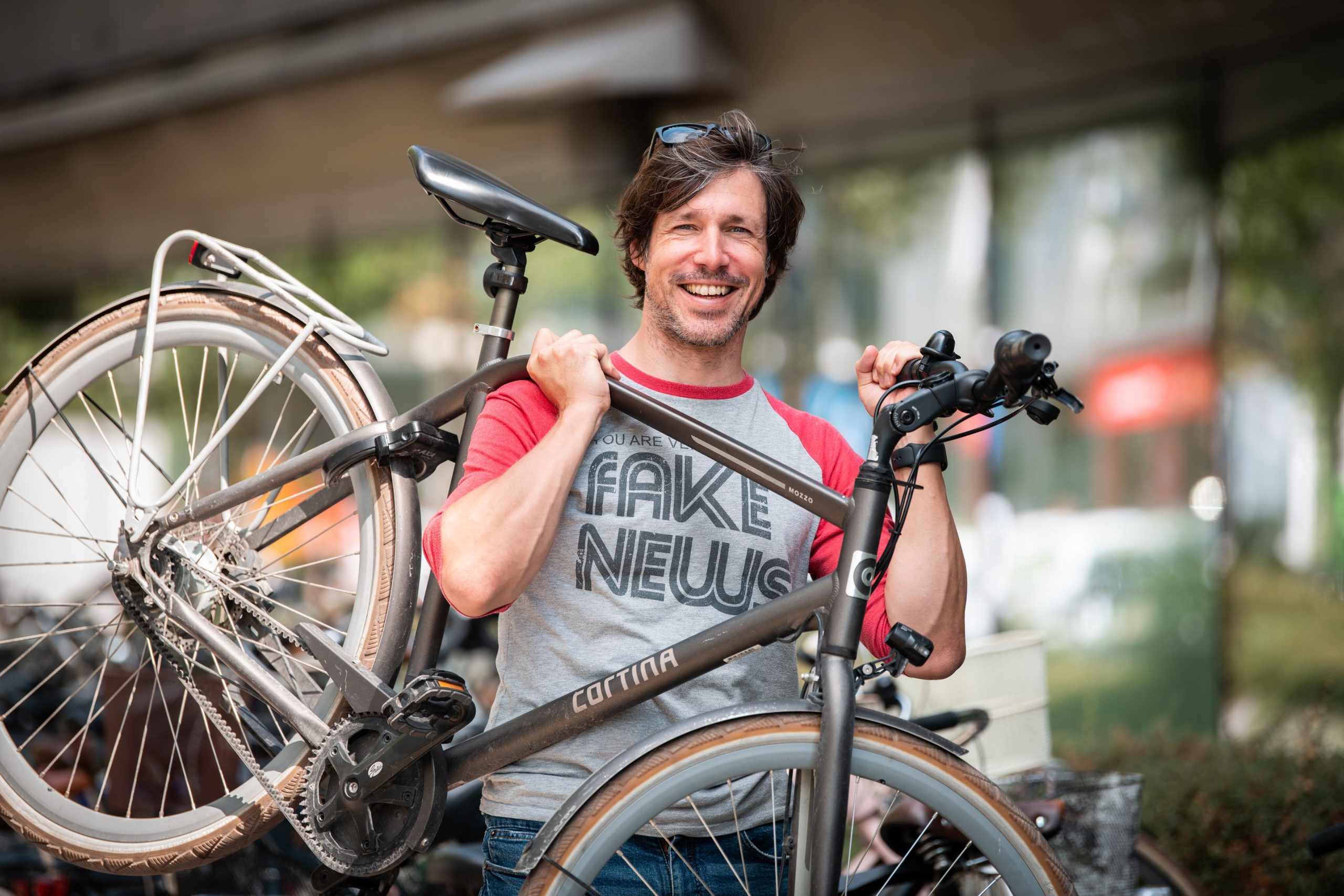 I used to be a radio host, but ever more often, I use my voice to raise issues of climate change and sustainable mobility. No wonder I pay extra attention to the sounds of my daily commute, which starts with bird chorus and ends with downtown traffic noise. You see, I am passionate about radio journalism and cycling. Studying communication science, journalism and product design, I spent some time living in Lisbon and San Francisco. Nowadays, I work as a radio producer at the public broadcaster RTV Slovenija in Ljubljana. My daily commute to work is 30 minutes of happiness.

Ljubljana has all the geography it needs to be a bike-friendly city. It is flat, plus the weather will rarely prevent you from cycling. The infrastructure, though, requires a lot of improvement. People would often claim solutions from the Netherlands don’t apply to Slovenia and that we should not simply copy them without criticism and expect them to work elsewhere. Although such an argument can be sincere, it is too often a result of a misunderstanding that the shift is usually slow and incremental. We need to rethink future mobilities and try harder to build equitable public space. Ideally, I want Ljubljana to become a city with an exciting infrastructure that will invite people of all ages to bike further and more often. Slovenians are already among the world’s top cyclists, but I also want to see us among the best bike commuters. Cycling is, after all, a highly efficient way to fight climate change.