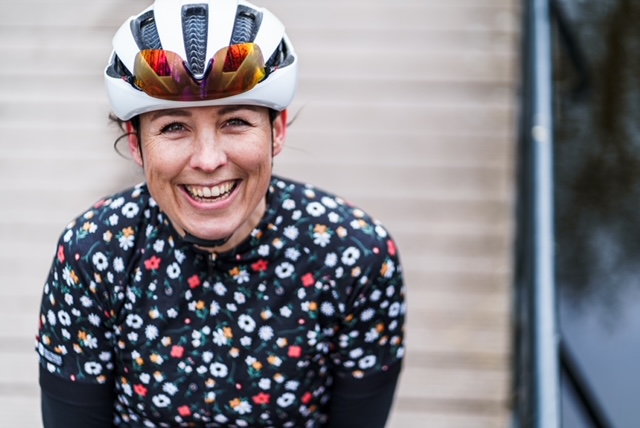 In 2008 I began an experiment to see if I could become a professional athlete at the age of 30 whilst keeping my job. 5 years after I was among the top 10 highest scores in the World Cup races. Since then, my involvement with bikes has only increased – as a retired cyclist I am now a columnist for the Dutch newspaper Trouw, a cycling analyst for NOS, a motivational speaker, ambassador of Trek Bicycles, and most importantly an avid cyclist.

Because I have experienced how good biking is for your health and how fun it can be, it has become my main objective to share my passion for cycling with others! I’ve done this by talking to children at schools about my sporting career, organizing social rides in my city, and speaking on expert panels about cycling.

The Netherlands is well known for being a cycling nation however, it appears that nowadays kids don’t learn to ride bikes as much, often because parents think it is too unsafe for their children to ride around town. For this reason, I want to focus on improving safety by campaigning for my cycling education that teaches kids the skills they need to feel safe on a bicycle.

On top of this, I want to promote the use of bicycles for short city trips which in my city of Zwolle, is often faster than using a car. Unfortunately, a lot of people don’t realize this so I want to help spread the word. To kickstart all of this, I want to organize a big cycling event in our town to bring together all the cyclists for a friendly cycling race up the Bus Bridge in our town. During my term, I am looking forward to making cycling better for children and commuters in Zwolle.