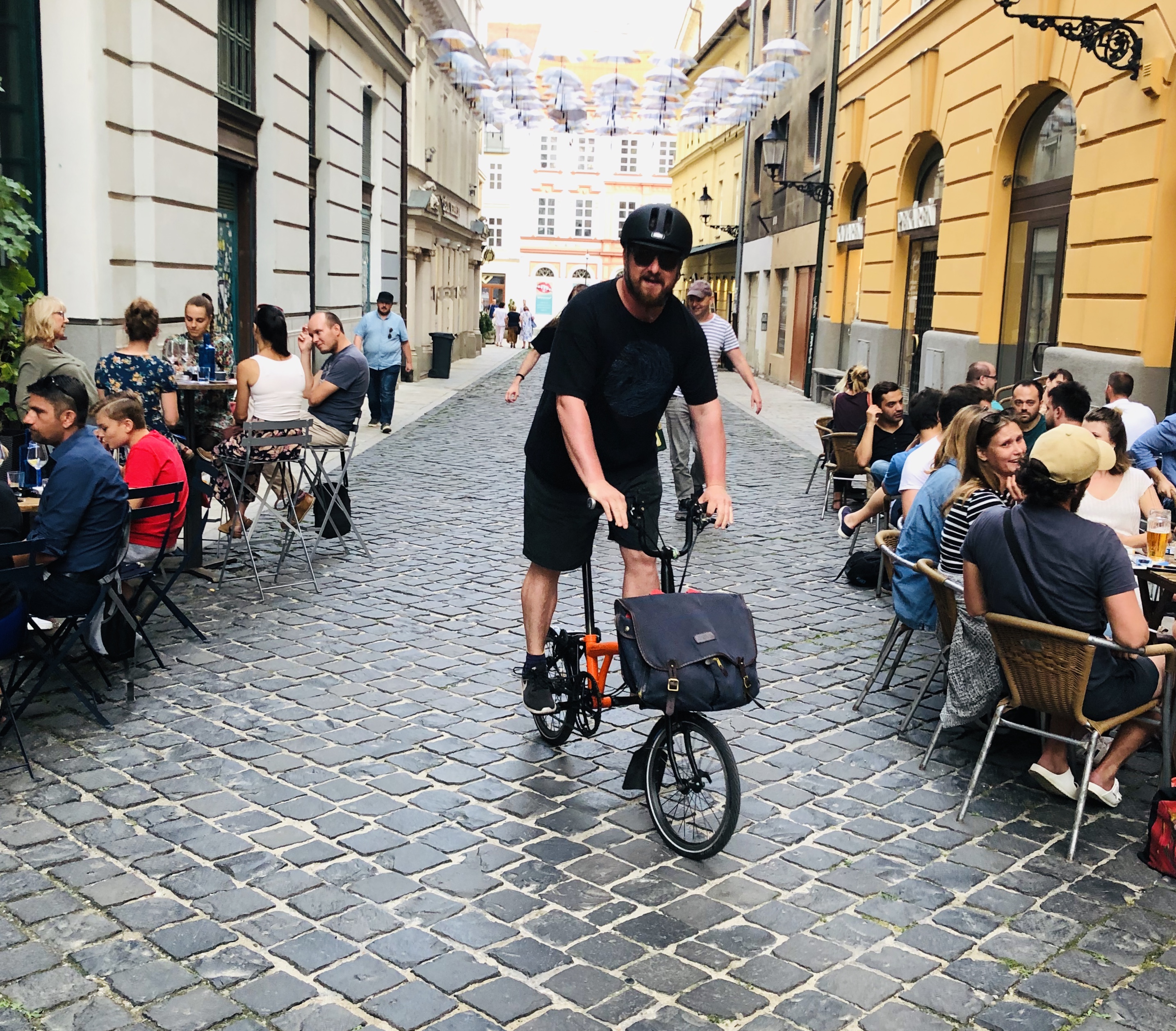 My name is Marek Ladiver. I am a Project Manager and Marketer who started cycling to work in 2013, as a result of cycling I was given a whole new perspective of my city I’d never seen whilst driving. Shortly after beginning work for BikecitySlovensko, I began building a platform on social media where cyclists could access resources of information related to urban cycling. As a result of working with BikecitySlovensko, a local cycling NGO became familiar with my work and I started consulting for them and sharing this new perspective of the city I’d discovered from two wheels.

This lead me to an idea to bring the Bicycle Mayor program to Bratislava. I approached an architect and activist, Matúš Vallo, who was running for mayor’s office to seek his advice on a suitable candidate for the position. I was passed on to Peter Netri, an expert in sustainable mobility and co-writer of Bratislava’s Mobility and Urban Development Plan. I pursued his vision for sustainable mobility and helped Matúš Vallo in his successful run for Mayor of Bratislava in November 2018. As a result of his new found Mayorship, Matúš suggested I volunteer to take on the role. So here we are.

I am also involved with Old Market Hall, a culture hub in the centre of the old town of Bratislava composed of a leading team of positive change makers in town.

My mission is to get more people on bikes. The city’s goal to have 8% modal share by 2020 will not be met. I will do everything to push planning and building safe cycling infrastructure, so that it is available within 5 minutes of homes for 80% of inhabitants within 8 years. From there on, it would be much easier to meet the 50 by
30 goal!
An important task will be talking with corporations & getting them on board. They have a big impact on the city, employing hundreds or thousands of people, so they are highly influential on employees’ commute to work.

The police is actively blocking good projects of cycling infrastructure. The task is to
educate and cooperate with them… to get them on our side.

Getting to work with all established cycling initiatives and review all existing
transportation projects which are ready to be built, and fix them by adding cycling
infrastructure at the last minute.

What can other cities learn from your program?

The police is a very strong force in Slovakia and my task is to get them on our side – to work
together on safer streets.