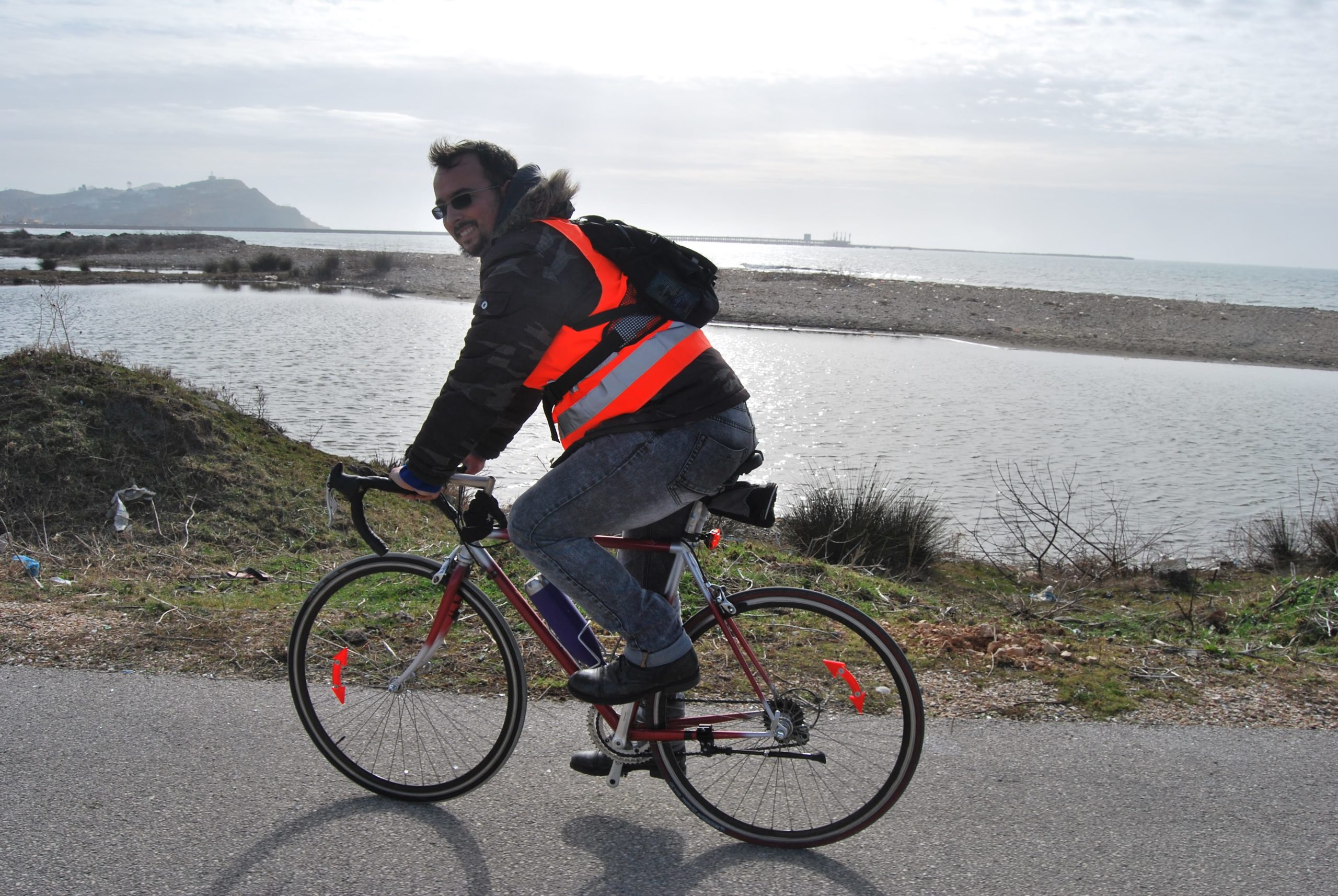 My name is Klaudio Hyseni. I was born in the city of Durrës, Albania and I am 34 years old. I have been a bicycle user for many years and my love for cycling started at a young age. Five years ago, with some of friends, I created a movement named “Bicycle Durrës” focused on addressing the needs of cyclists for bicycle lanes, horizontal and vertical signaling and parking lots to local government. As an activist in promoting bicycle use, I will work with local institutions and various organizations to achieve the goals I have set for myself on bicycle promoting.

My mission is to change the mentality in the city of Durrës, to be more caring to bicycle users as a means of ecological transport by citizens and local government. I will lobby for Durrës to be traversed by bicycle lanes and signage. I hope to provide the bicycle as an alternative way of movement that protects the environment, the health and the economy of the citizens.

The city of Durrës has only two roads equipped with bicycle lanes. One in the beach area and the other next to the city port, which are not among the roads with the highest usage in the city. The Municipality of Durrës builds roads based on the regulations of the “General Local Plan” and gives priority to cars, pedestrians and lastly to cyclists. According to this approach, it determines the technical criteria for the construction of bicycle lanes. Also, consulting the municipal budget for several years, it does not define the budget that has been determined for bicycle lanes. This situation may be repeated on roads that will be reconstructed and rebuilt in the future.

We will be on roads showing the power of the bicycle when people are moving together and creating a network between each other. In collaboration with Bicycle Durrës, different movements and organizations, I will try to proceed with the requests to the municipality for lanes and signals. I will try to apply for grants inside or outside of Albania with large organizations and public entities. The aim is to raise awareness among citizens to perceive the bicycle as an alternative way of transportation in the city, with posters and other media, which highlight the need to sign the petition and build tracks dedicated to bicycles. I will also be meeting with stakeholders (bicycle users, citizens, businessmen, municipal representatives and experts in the field) to discuss issues and address their solutions.

In these 5 years of lobbying, we have become a group of interest for the local government. In every investment of bicycle lanes, we try to be part of the process of bicycle lanes building and to advocate in every way for that cause. Our work with the institutions is translated into investments for signage, parking and dedicated lanes.