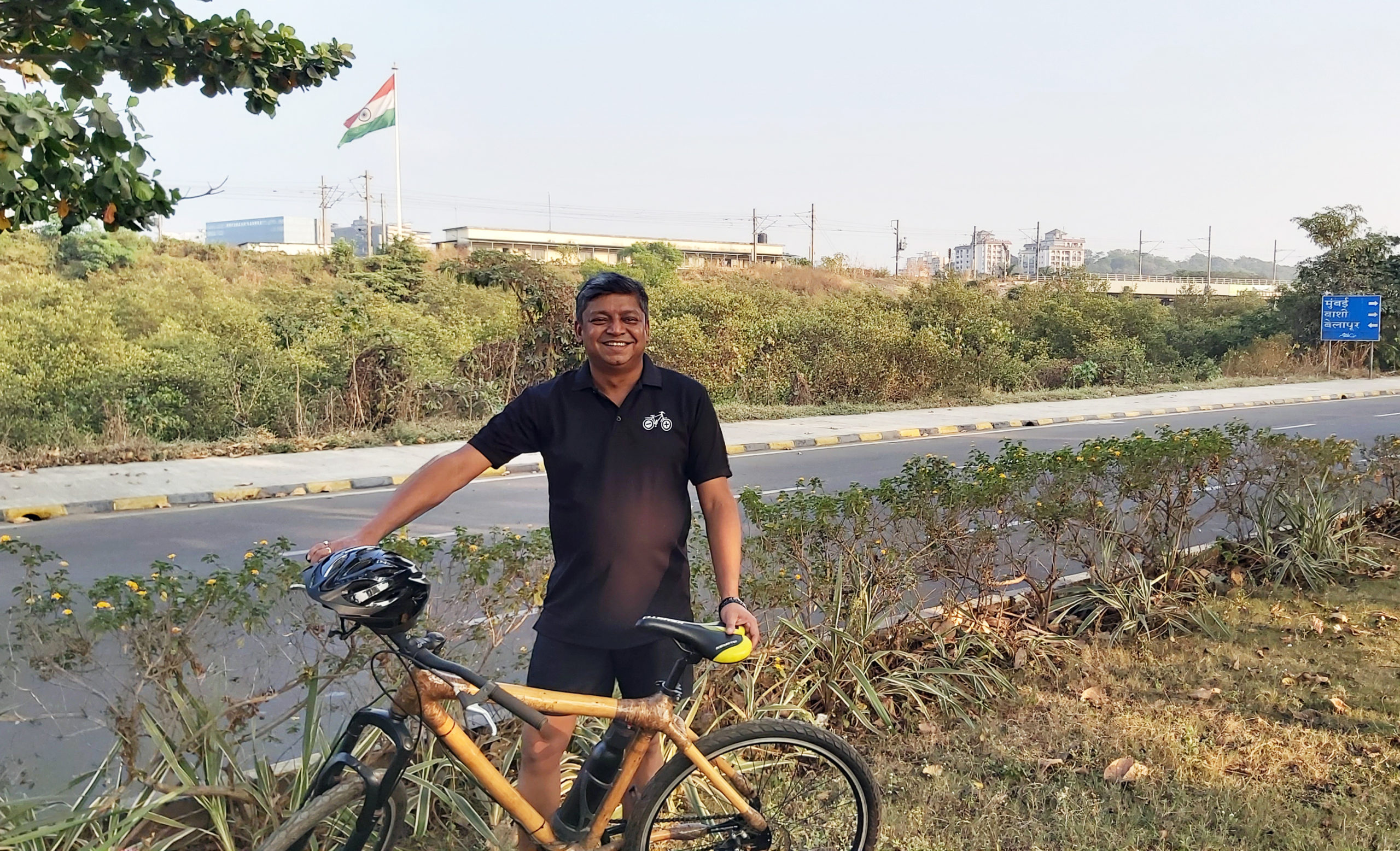 I am Kaushik Shinde, a mechanical engineer by trade and a lifelong cycling enthusiast. I’ve had the good fortune of being from a generation who was on our bicycles whenever we were out of the house. We knew the pedal count from any place to any other in our little world. I am honored and excited to be appointed as the Bicycle Mayor of Navi Mumbai and look forward to bring about small but significant changes in my city and in the mindset of its citizens.

To put Navi Mumbai on the world map of bicycle friendly cities.

The available infrastructure is a good start but is limited in its scope. Also the allotted space is taken up by street vendors and is largely being used as a car park.

To reach out, create awareness and initiate professionals, students and citizens of Navi Mumbai to take up cycling as an active mode of transport rather than a leisure activity.

Navi Mumbai is among the first Indian cities to give cycling a serious thought and has initiated programs to promote cycling in the city.