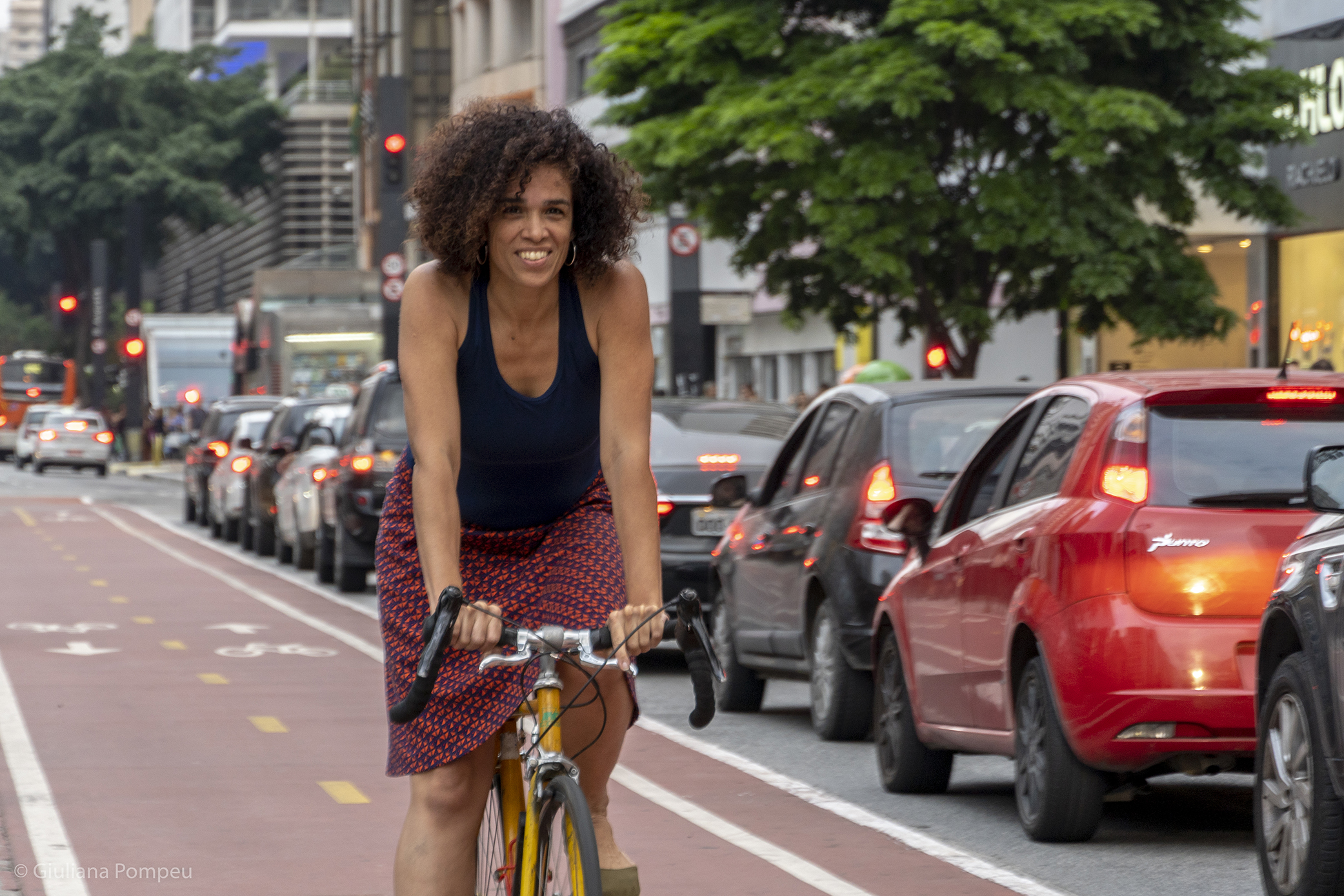 I am a Black woman, determined in ideas. I am a graduate in physical education, a post graduate in Integrative art, a professional scenic artist, cultural producer, Idealizer and director of mobility projects Pedal na Quebrada, map affective Pedal, affective map of active mobility; General Director of the Association of Urban Cyclists of SP (cyclocity); Collaborator in Black, Vem de Bike SP! and Black Giro.

In São Paulo the challenges for the development of cyclist culture are many. It is not just about pedaling, but providing space for listening, equity in the use of space, in transit, by territories and different genres transiting through the city. As Bicycle Mayor my main mission is to work for the cultural and political development of the use of the bicycle, which contemplates the multiplicity of actors and actresses of the city of São Paulo.

The obstacles are the decision makers who do not acknowledge the bike, where there is a culture of development of public policy geared towards individual and motorized transport.

Articulate and mobilize actors and actresses from many parts of the city, especially the peripheries. To defend and act closer to the channels of dialogue with public power, as well as to establish a relationship of organized civil society with decision makers and decisions emphasizing issues of gender, ethnicity and territory.

The sharing of practices and space promoted by cyclists of various aspects, strengthening the local relations that seek to give more visibility to the practice of pedaling in the city. These movements contest and disseminate the culture of sharing and cycling.