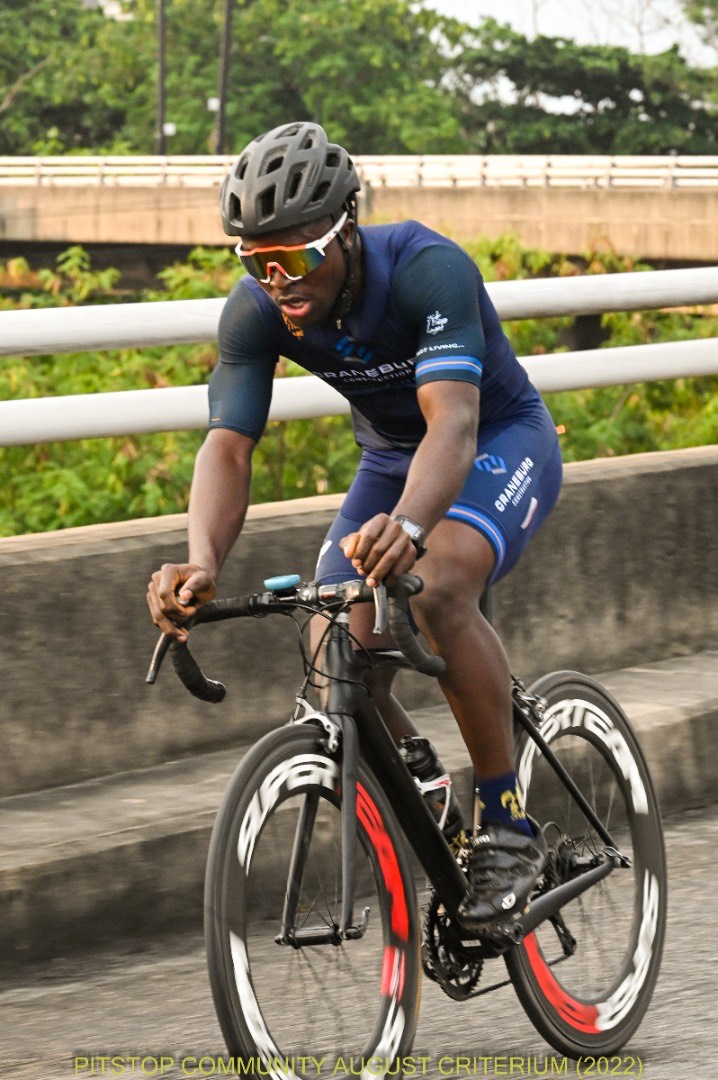 I learned how to ride a bicycle in 2008 when my younger brother took me to a bike rental shop. With less than 50 cents I got a bike that was not my size and when I tried to ride or pedal I fell. On the third try, my younger brother advised me to take a smaller bike to start with. When I took the smaller bike, my two feet could balance on the floor so I could use my left leg to push myself forward. Once I was in motion, I was determined to learn how to ride that day because I could not understand why my younger brother could ride but I could not, so I spent 7 hours.

Since then, I never left the bicycle. I bought my first bike in 2014 which was a mountain bike. Whenever I went out to ride at night, I used to see some veterans and a few professionals riding on their road bikes but with my mountain bike, I was able to keep pace with them. One day a lady approached me and advised me to take cycling seriously and get myself a road bike. That was how I converted my mountain bike into a road bike and later added some money to swap it for a road bike. The rest is now history.

Regarding my plans as a Bicycle Mayor, one of them would be to make cycling a lifestyle in my city. Not only by making the younger ones to get into cycling, but also to train some to become a Pro cyclist and also to teach anyone of them that is interested in repairing bicycles.