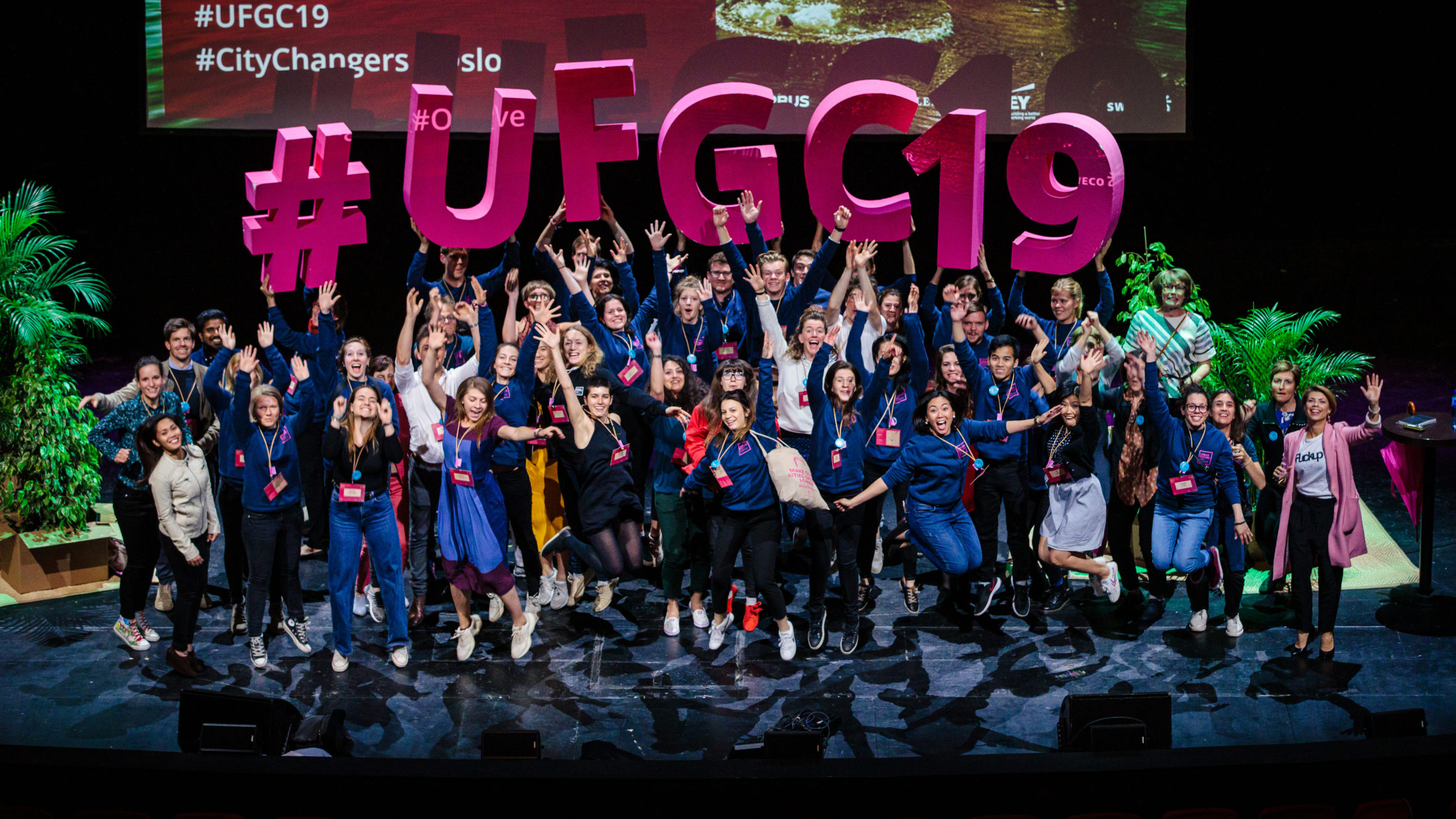 Cities are key to a sustainable future of our planet. And massive changes are necessary to fight climate change and social inequalities. At the URBAN FUTURE global conference, the focus is placed on the people driving positive change in our cities, and their breakthrough ideas. It is the largest such meeting in the world and last week it took place in Oslo, the European Green Capital 2019. BYCS played an active and high profile role in the conference and here Adam Stones shares his key takeaways; five lessons that will help anyone working to address our urgent urban challenges.

LESSON 1: Humans were built to move, so let’s design our cities that way

Just as fish were designed to swim and birds to fly, humans were designed to move. And yet, for much of the 20th Century, our approach to city planning was based on the idea humans had evolved to be contained within metal boxes. The obsession with cars enabled an initial breakthrough in mobility but it has since created huge social and environmental problems. Many speakers at the conference spoke about the urgent need to redress these mistakes and adopt plans that put walking and cycling first, in connection with public transport. 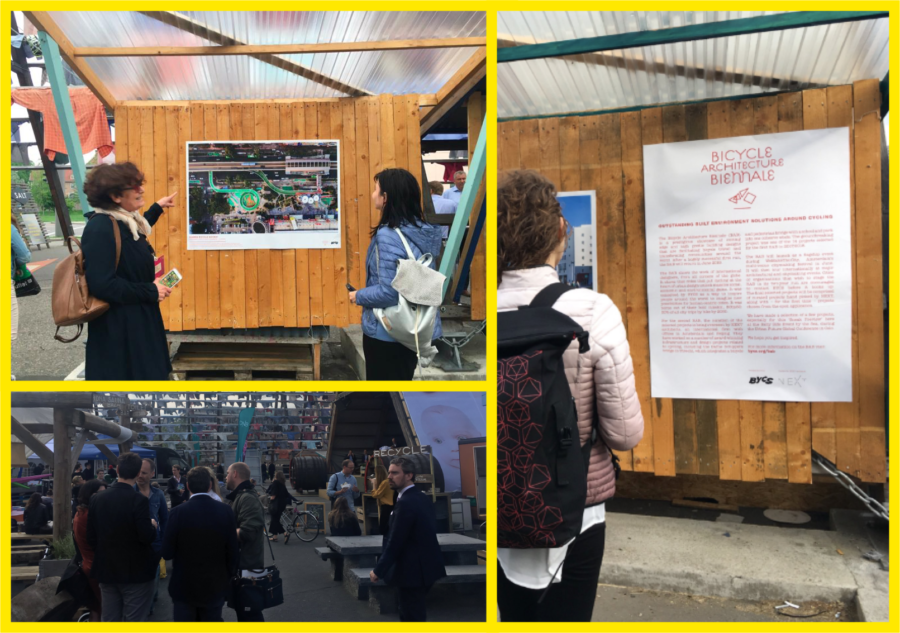 But how? To inspire a new way of imagining our cities, we hosted an exclusive preview of our new upcoming Bicycle Architecture Biennale (BAB) 2019/20 at the conference. The BAB is a showcase of cutting edge and high profile building designs that are facilitating bicycle travel and showing how these buildings are transforming communities around the world. We showed off a limited number of the selected designs, curated for the biennale by our partners NEXT Architects. The full BAB – with more than 20 international designs – will officially launch at the end of June during Amsterdam’s WeMakeThe.City festival before it goes on a global tour.

LESSON 2: We need to reframe cycling’s role in future cities

The BAB helps enforce BYCS’ principal message that ‘cycling is more than transportation, it is transformation’. It was surprising how many Mayors, businesses and city planners at the conference still talk about cycling as simply a mobility issue, competing for attention or budgets with other transport ‘options’. We must reframe cycling, we must elevate it to talk about it in terms of its incredible transformative, far-reaching powers – for health, social cohesion, local economic strength, and air quality – only then can everyone see why this is so important; get past any opposition, find the best solutions and accelerate change. 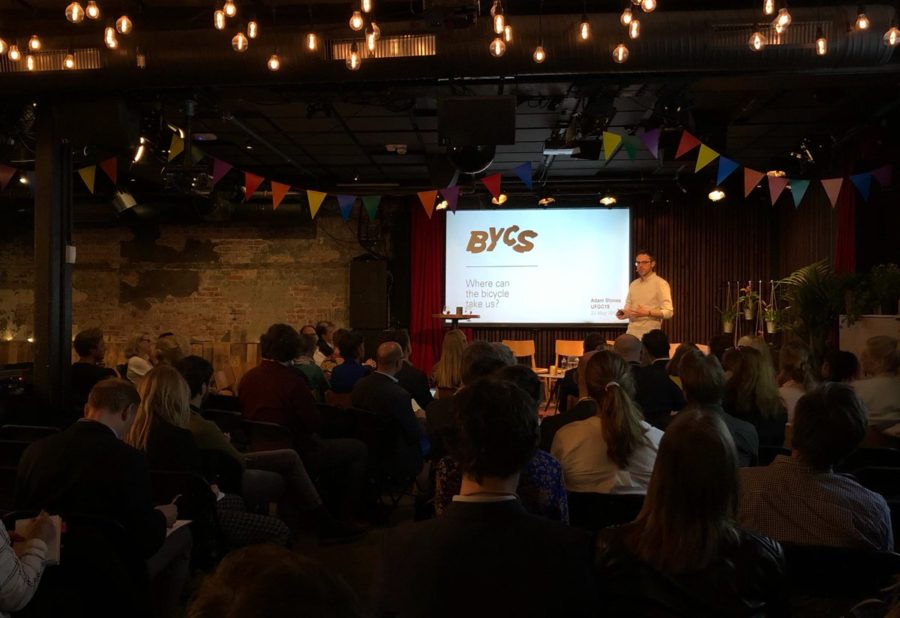 In my home country of the UK, around 3% of secondary school children cycle everyday. In the Netherlands – where BYCS is headquartered – this is closer to 75%. As I told the audience in my talk at the conference, it is no coincidence that UNICEF says that Dutch teens are amongst the healthiest and happiest in the world with amongst the lowest rates of depression and obesity. I encouraged anyone I met to stop asking simply how many people can we move down the street but to think of how these spaces can change our cities, to consider how we can we prioritise cycling to recognise the huge benefits it brings to cities. As the tagline from BYCS goes, ‘Where can the bicycle take us?’. I shared some of the approaches we are initiating: our BYCS labs (community-owned creative laboratories for new solutions for cities), Impact Index (temperature check and opportunity scan for cities), BYCS to Work (getting commuters onto bikes using gamification and behavioural science) and more. I also revealed the amazing work happening around the world by our Bicycle Mayors. Speaking of which…

One of the defining beliefs of the conference is that cities can change the world. But to change our cities we need visionary and creative leadership, and yet tragically this is lacking in too many cities. It was this challenge that led to the creation of our Bicycle Mayor program three years ago; a network of independent city catalysts that act on behalf of all city stakeholders to identify challenges and then bring everyone together to create new solutions. They are now having profound impacts in communities on every continent. 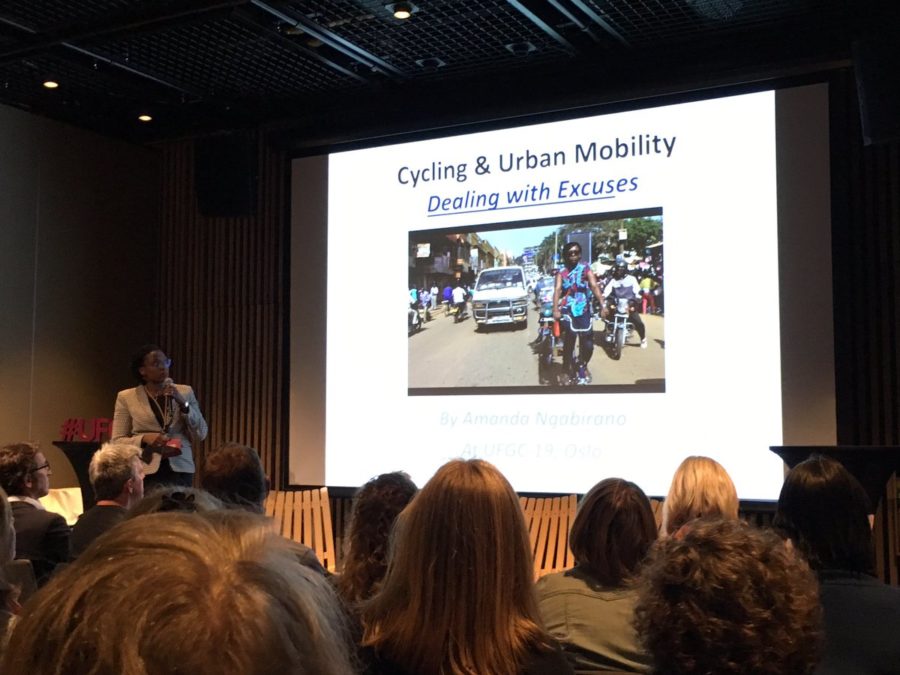 Amanda Ngabirano, Bicycle Mayor of Kampala, Uganda, tells delegates there is no excuse for not cycling

Our incredible Bicycle Mayor of Kampala, Uganda, Amanda Ngabirano, spoke to delegates in a session appropriately titled ‘No lousy excuse: Cycling in extreme conditions’. Amanda wants to address the fact some children get up at 4am to get to school at 7am in Kampala because they are stuck for hours in traffic with polluted air despite it just being a 15km journey. “People just think this is normal now – we must change that,” she said. “It can be tough to make changes in our cities but each one of us can do something.”

As Amanda showed, it can often require tough decisions to make changes. But these changes can come against hard opposition if they are communicated poorly. In the conference closing session, appropriately called ‘F*ck Up Night’, where city leaders showed where they had learned from their mistakes, Hanna Marcussen, Vice Mayor for Urban Development in Oslo, opened up about the challenges she faced by the simple mistake of labelling the plans for more human-centric city changes – which included improved pedestrianised areas, cycle lanes, public seating and outdoor entertainment areas – as its ‘car free’ plan. These two words carried all the positive ambitions in her own head but were interpreted only negatively by many others. She is now changing the way she discusses the ideas; to reveal the positive benefits for all people.

The plans in Oslo include taking cycling from 8% to 16% through marketing, quick fixes and new strategies. It was encouraging to see the passion for this plan on a guided cycle tour but with our mission of 50by30 (half of all city trips by bike by 2030), we are keen to work with Oslo to raise that ambition much higher and to develop innovative new approaches to make it happen, using our experience of leadership, innovation, inspiration and activation. 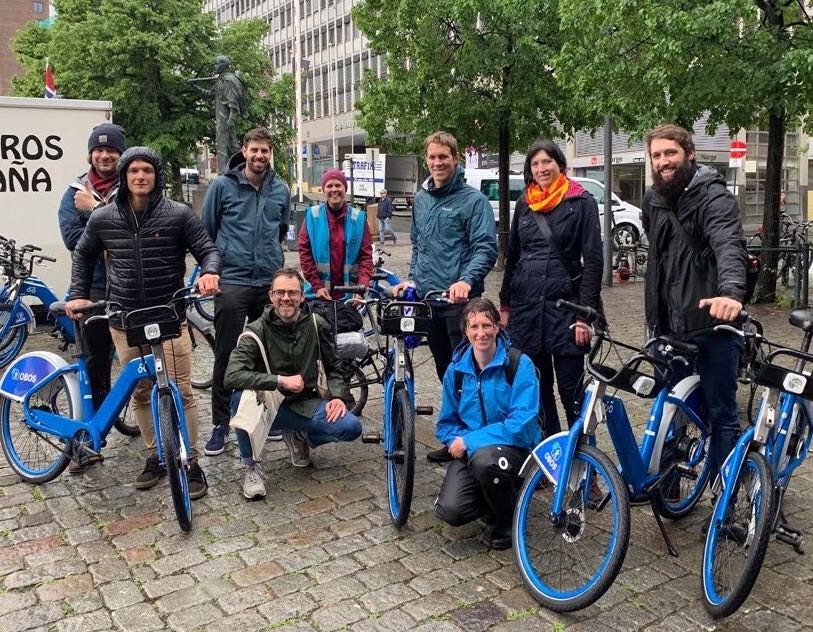 Adam Stones joins other international city changemakers on a very wet guided tour of Oslo to see how it is starting to lay out the red carpet for bicycles.

The need for clear communications, and visionary language was also expressed by Erion Veliaj, Mayor of Tirana in Albania, who has made widescale changes to the city in the past few years. He said: “Everyone knows how to build boulevards, it is the mindsets we need to change.” He said he also faced opposition when planning the city changes with many parents only ‘getting’ it when they saw how much it positively benefited their children. As I pointed out in my talk, we must talk in the language people understand and show them images of a positive future they will associate with. If all we do is show people photos of men in lycra, budget holders won’t understand how cycling can bring a community together or its hugely important benefits for tackling mental health, for example. At BYCS, we believe that powerful communications are always required to encourage people to think, feel and act differently.

Perhaps one of the key takeaways is one of the simplest. If we get held up by only trying to manage or mitigate our footprints on the planet, we will not make progress – it will feel like a chore and change will not happen fast enough. We need instead to focus on making positive handprints on the world with our actions. This message was brought to life in a beautiful short film from Nordic Ocean Watch called Tavaha, in which they involve the community in fun ways on plastic clean-up projects. The desperation we often feel for the challenges around us is transformed into a celebration of a positive future, and more people are engaged. As a social enterprise that puts our profits into scalable community programs, we understand the power of a positive vision. Inspiring and enabling people will always accelerate change faster than negative messages.

BYCS encourages you to consider what you can do today to leave a positive handprint on your community , and how you can lead others in that work. And we invite you to join us on our journey to 50by30. Find out some ways to do this here.

UFGC 2019 will take place in Lisbon and then in Rotterdam in 2020. For more information head to www.urban-future.org

Interested in hosting the BAB in your city after its launch or want a Bicycle Mayor in your city? Get in touch. 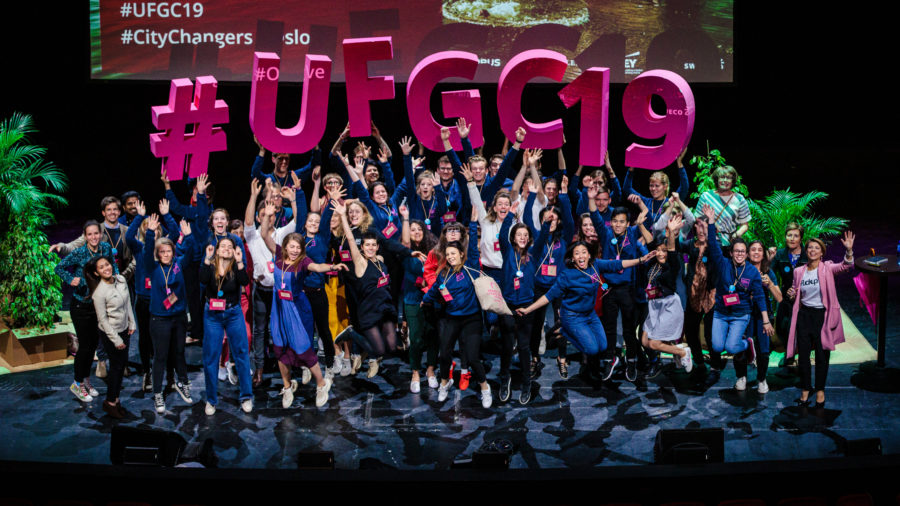