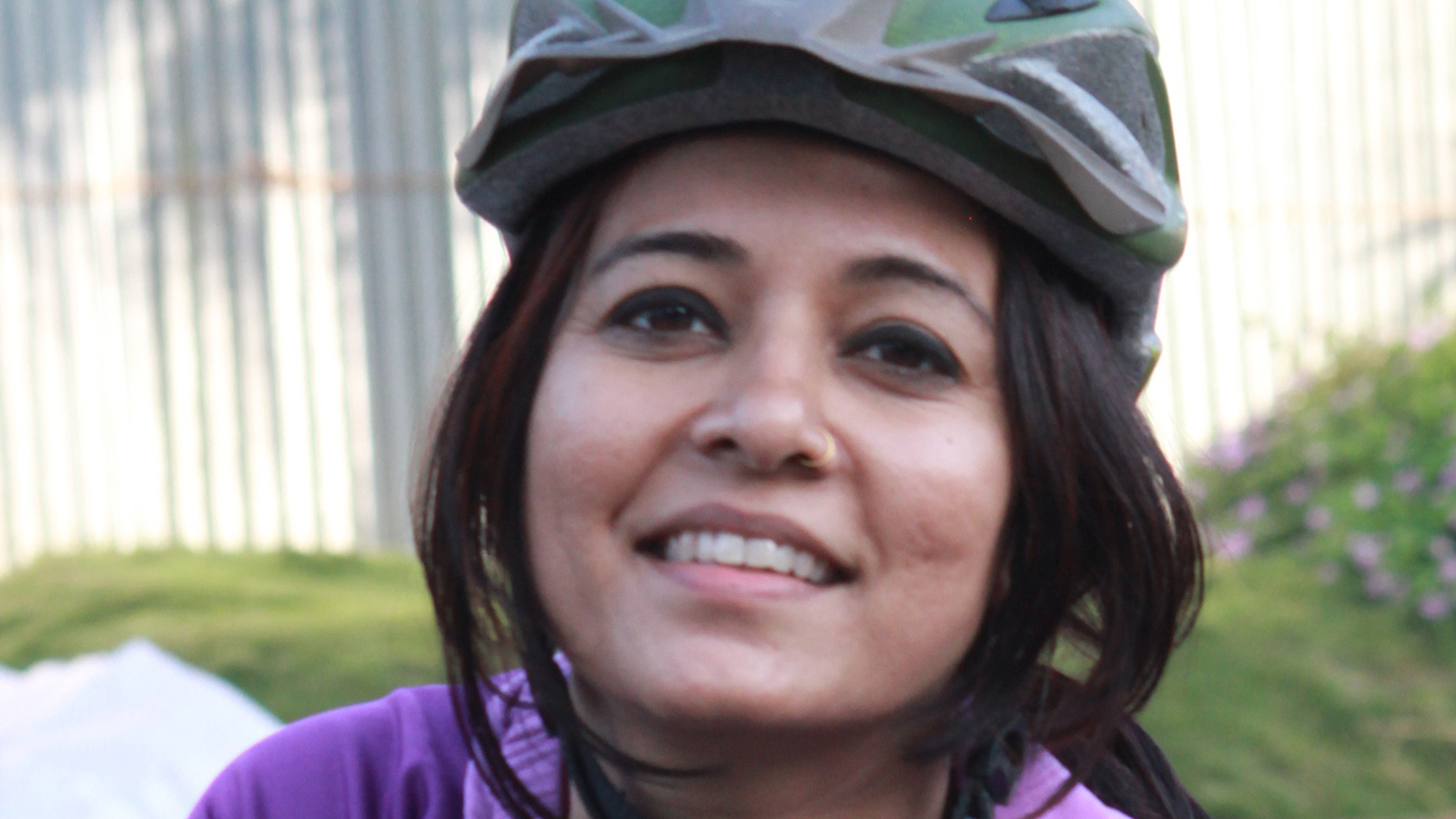 My name is Firoza Suresh, I am a cycling enthusiast and pledged to make cycling the currency of health, and to work towards sustainable transportation in Mumbai. With the Smart Commute Foundation – Cycle2Work | MeCycleRider initiatives I have ignited a movement for adopting cycling as smart choice for commuting in Mumbai. To support my cause I have collaborated with like-minded professionals and been guided by a knowledgeable Advisory Committee to spread the culture of smart commuting in India. Determined, passionate and die hard enthusiast, I hope to place India on the Global map of Cycling country.

The major obstacles include a lack of Infrastructure to support cycling and other high risk areas like potholes & drain grates either they are open or poorly laid. There is a focus on the city only on encouraging motorised private vehicles onto the roads, for instance, our city has 2,000 km of roads and more than 65 flyovers – with more being developed & proposed – seems to be exclusively designed for cars and two-wheeler users. Most big-ticket mega-projects are planned and commissioned without fully understanding the implications of the costs & benefits, let alone the value of inclusive pedestrian and cyclist friendly design. These projects are of no value to the city’s commuting population. There is also a lack of cycle stand at the first & last mile and office facilities such as showers to make cycling more comfortable for employees. Bluntly put, catering to cyclists has been an afterthought with those who make the decisions on our transport infrastructure.