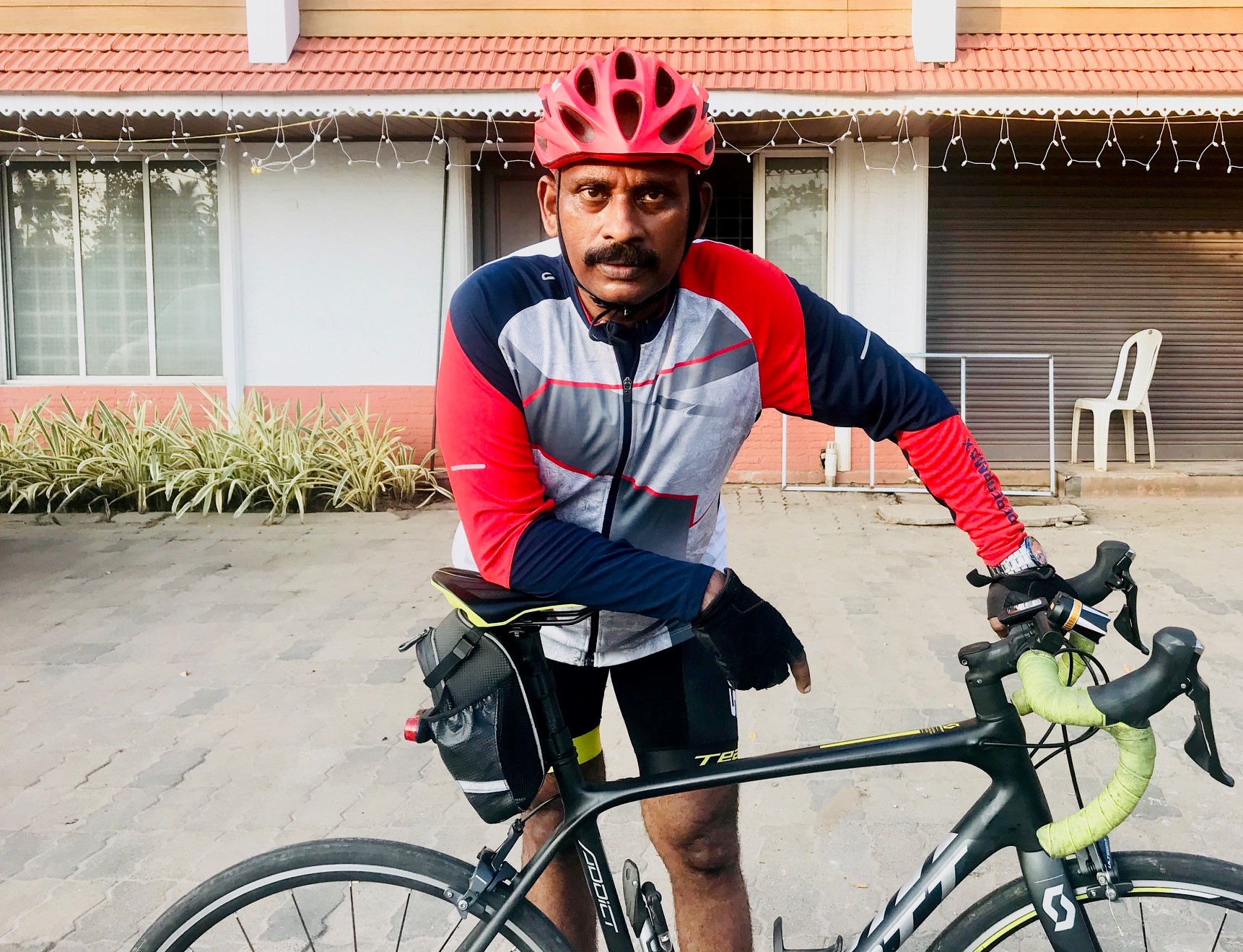 My name is Faisal Ebrahim, Bicycle Mayor of Alappuzha, a baker by profession but a cyclist by heart. I have been pursuing cycling for more than 35 years. I’m happy to spread the joy of cycling by contributing as much as I can to the cycling community. Be it gifting of cycles, arranging bicycle repair camps or giving advise to the persons in search of bicycles and how that can suit them. I started one of the oldest bicycle clubs named Alleppey Bikers Club in my hometown with more than 100 members from different walks of life.

My mission would be to spread the joy of bicycles as much as I can. Bicycles are not only good for health, but is more powerful than we can imagine considering its multitude of benefits. My main aim would be to start bicycle clubs in at least 10 schools/colleges in my city with an aim to introduce the benefits of cycling and making it a lifestyle. “Catch them young” would be the keywords. By doing so, I believe bicycles will become an integral part of people’s lives ultimately reducing overall carbon emissions. Cities will be free, air will be purer and there would be happiness all around.

The main challenge is infrastructure. Myself and my team were working towards a separate bicycle lane. Alappuzha is blessed with literally flat roads and this is one of the best places for cycling. However, the roads are narrow and considering the huge vehicular traffic, commuting by bicycle is becoming tougher day by day. Lack of awareness about proper road usage is another issue that we face here. Loose cattle and stray dogs are another issue. It’s sad to say that they pose more of a threat to cyclists than motor vehicles. Our request for a bicycle lane is being materialized and we are expecting that to open in an year.

My next step would be to start Bicycle clubs in at least 10 schools/colleges by the end of 2020 with the help of NSS volunteers/National Cadet Corps/Tourism Club/Nature clubs currently active there. They will be taught good riding practices, will be given classes about safety measures, and about how to mitigate damage while in an accident. An incentive driven program is in the pipeline.
Gender inclusive programs are another area in which I’m working. The project is in the phase of expansion. Girl school children who are in need of bicycles, and due to their financial status cannot afford bicycles, are being selected every three months and bicycles are being provided to them with the help of club and the society.

My city can teach others how bicycle culture can be inculcated into the day to day activities and how it can provide to the economy of my city. Tourism is one of the main sources of income in my city and bicycle tours of villages is picking up. People are making a living from bicycles.
My city can also show other cities the way to reduce traffic population and how it can contribute to the environment. We are aiming at reducing the use of fossil fuels by at least half within the next 10 years.
Finally my city can teach how women are being empowered by this simple tool.