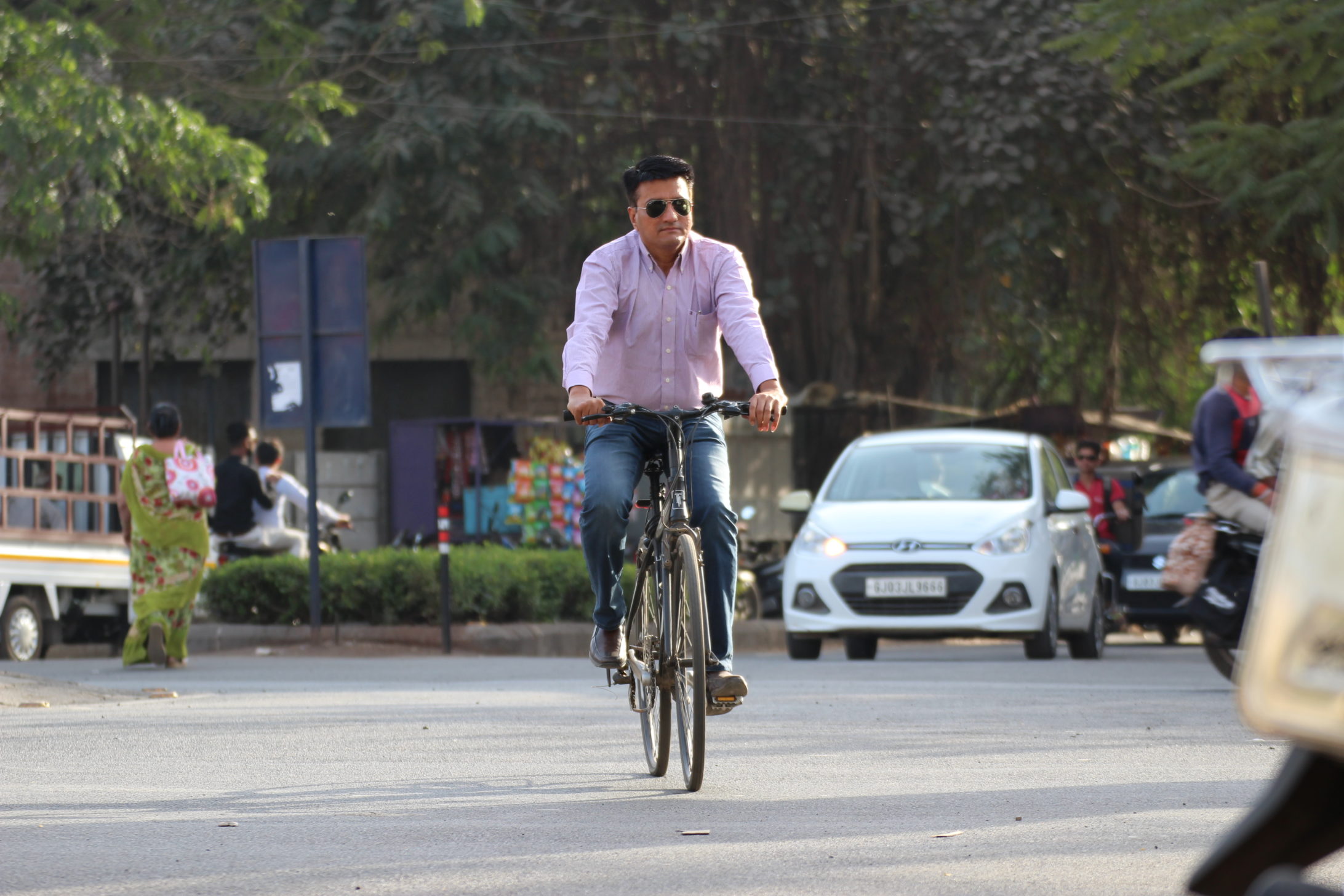 My name is Divyesh Aghera, I am the founder of the Rajkot Cycle Club. I have been instrumental in the launching of the Rajkot Cycle Sharing project launched by Rajkot Municipal Corporation. Using the auspice of Rotary Midtown Library and Rotary Club of Rajkot Midtown (of which I am member) we have held the biggest annual cycling event of Saurashtra area of Gujarat, India in Rajkot, it is called CycloFun. I myself have a bicycle at my office and do intra work day trips on my bicycle. I am married and have 2 children and have an export business and have been involved in many NGO projects with Rotary Club of Rajkot Midtown.

Apart from geographically hot weather, which we might not be able to do much about, there is a need to remove the taboo that cycling is a working class mode of transport, and bring awareness instead that cycling does not just improve the health of oneself but of the city too by making it a greener place to live in.

Use my profile to reach out, not only to the existing cyclists, but also to government officials to bring in more infrastructure so that more and more people are incentivised to ride the cycle instead of their SUVs.

We have already demonstrated via Rajkot Cycle Club (RCC) and CycloFun that cycling is a healthy option for transportation and health. RCC has been a role model and has also helped in the starting of Gondal Cycle Club and Dhrol Fitness and Cycle Club, both these are near by cities of Rajkot.