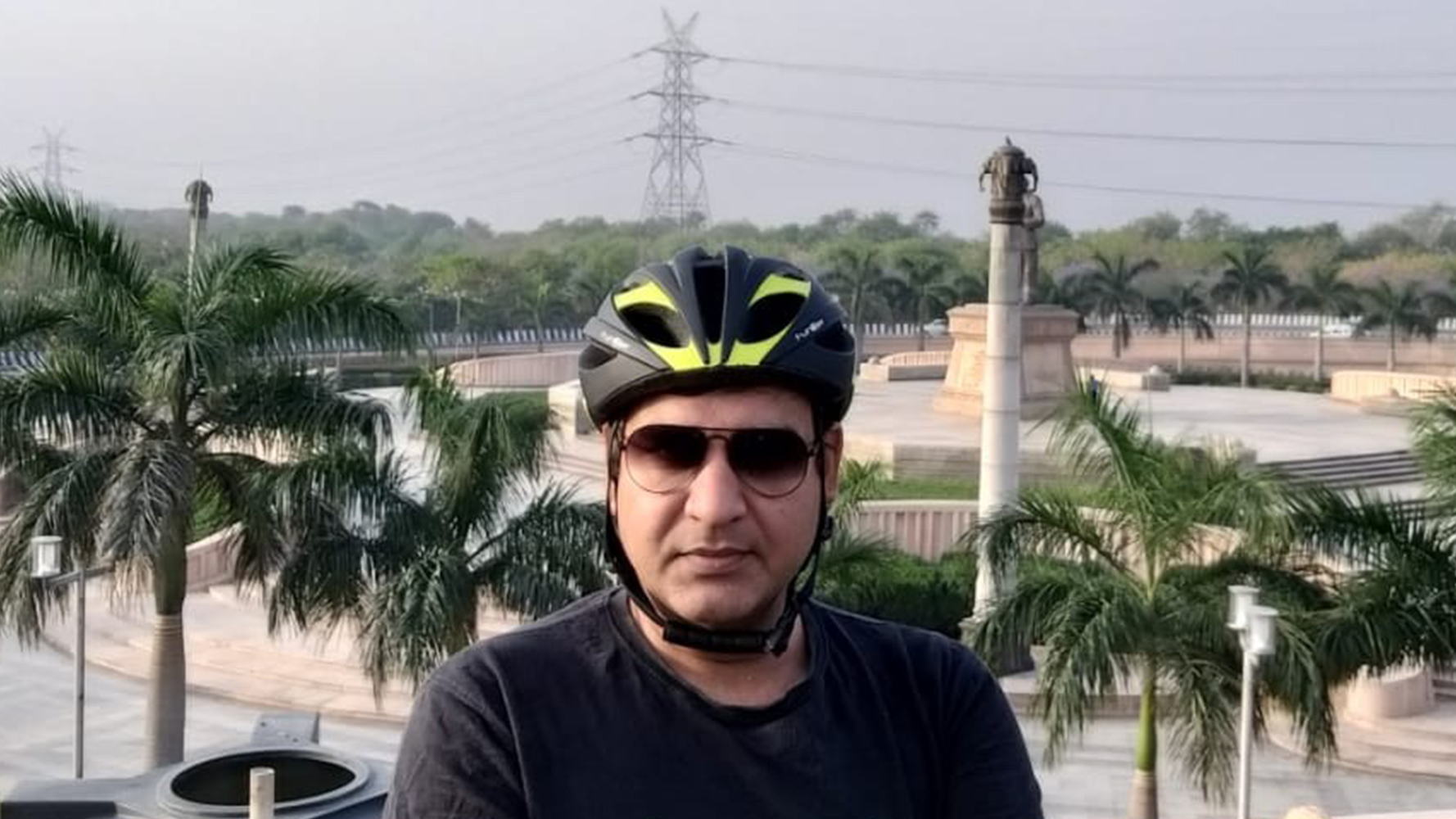 My name is Deepender Sehajpal a cycling enthusiast from Noida in India. I’m 46 years old, my wife Dr Preeti Tuli is a Senior Consultant at Max Healthcare in Delhi and we have a 15 years old daughter named Hershall. I’m passionate about cycling and I run the Audax India’s Noida Chapter where I’m involved in organising ultra distance rides as per Audax Club Parisen format and approvals. In the last three years with my club Noida Randonneurs long distance cycling has experience significant growth in the city.

I’m a former Business Head and Chief Marketing Officer of a leading television media company in India. I have participated in and finished many cycling events including the prestigious Paris Brest Paris a 1200 KM ride in 2015 and Manali to Leh, a 480 KM ride through 5 highest passes in the world.

My mission is to tap in to the young urban population of Noida and encourage them to cycle to work and incorporate educational cycling programs across universities which are aplenty in Noida. I wish to work with government agencies to lay cycling tracks in feasible areas of the city for safer commuting. I also want to educate all cycling commuters, especially those from lower socio-economic backgrounds, on road safety and basic road rules such as using reflective vest and helmets. So overall my aim is to popularise cycling in the city and make it a safe option.

The city has recently built a metro between the twin towns Noida and Greater Noida, however the last mile connection is a challenge at most stations. I think rental bicycles could be a viable option in this case.
Also the cities cycling tracks have been usurped by hawkers and these need to be made available to riders.
Another challenge is the weather, especially in summer. In order to encourage commuting by bicycle on campuses and offices  solutions like shower areas for cyclists and cycle parking has to be provided.

My number one priority is to form a legal charitable body that will run the affairs like raising funds and involving dedicated volunteers for the programs. And to further the pilot projects on:

Noida has seen a rapid growth of cycling in the past few years there’s a lot of work to be done for cycling to become a mainstream activity. The stage is set with a metro and so many corporate offices and educational institutions I hope in a few years we will have some real work to share and showcase to other cities.