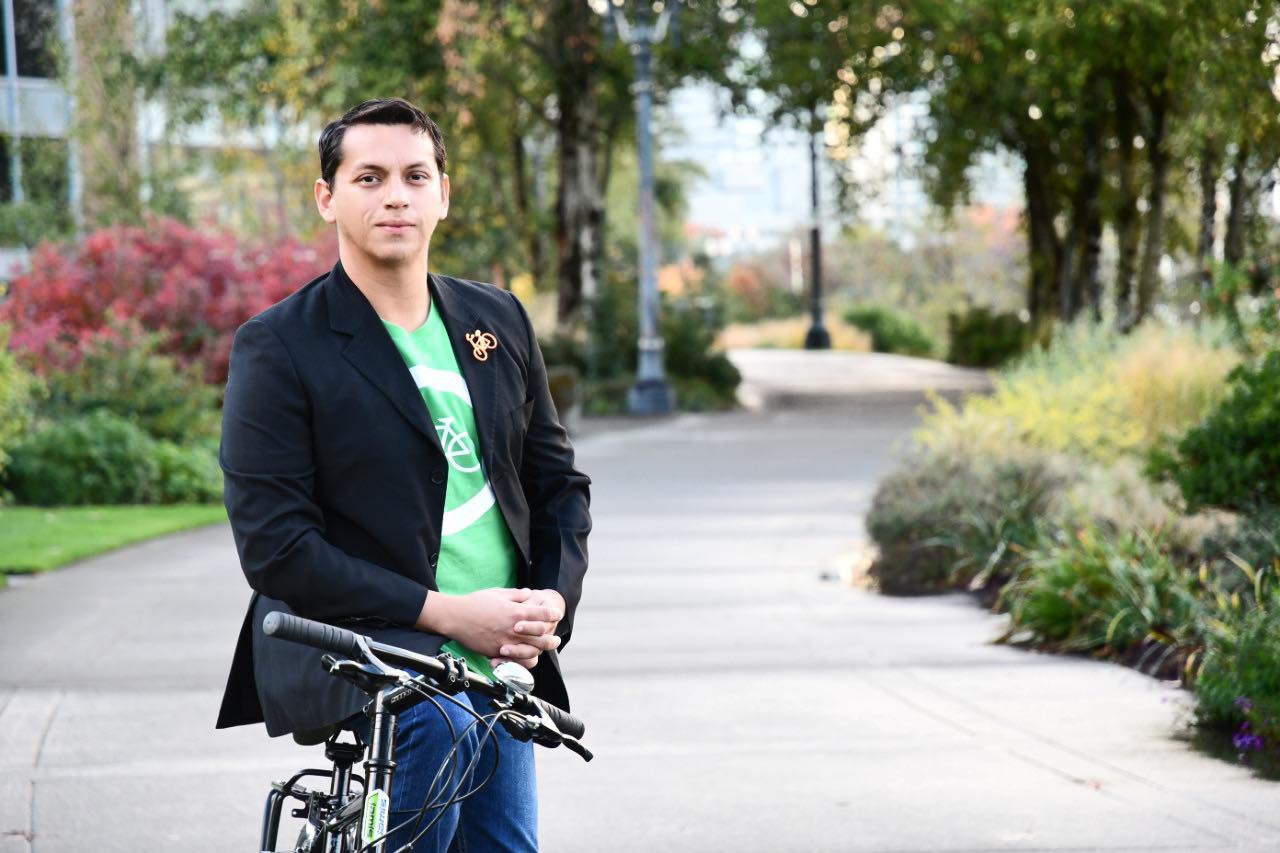 Hi, I’m Cristian Sáenz De Viteri, from Guayaquil, Ecuador. I’m the CEO, Iguana Bike Tours, a professor at the University of Guayaquil and at the Metropolitan University, and an Ambassador for the Fundación Enseña Ecuador, member of the international network “Teach For All”.

I hold a Masters Degree in educational management, a Bachelor’s degree in International Business Management and am an Alumnus of the program “Young Leaders of the Americas Initiative, YLAI 2017”. I have been working to promote “La Ciclorruta de la Fe” and “La Ciclorruta Gastronómica I, II and III” in coordination with the Municipal Public Tourism Company and the School of Chefs.

I have also authored the entrepreneurship program “PEDALES UNIDOS” in coordination with the Embassy of the United States in Ecuador and am currently coordinating the project “The revolution of small things, LEVERS” promoted by the Felipe González Foundation from Spain, UNIR, and the Cofuturo Foundation from Ecuador.

My mission is to show to Guayaquil that bicycles are viable to reactivate enterprises in an innovative way, by creating spaces where cyclists, businessmen, foundations and politicians can share ideas to bring them to reality and have a bike-friendly city. In addition, to motivate other cyclists that it is possible to have international support to work in favor of bicycles, road safety education and bike-friendly enterprises. Finally, I will propose public policies in favor of cyclists of Guayaquil.

Guayaquil is a port city, the largest in the country, with flat avenues and high humidity, as well as high insecurity. Bicycle theft, fatal accidents to cyclists and little policy in favor of citizens on wheels creates a challenge that I must change from the grassroots.

Entrepreneurs are seeing the bicycle as an advantage to do business, however, ordinances and laws do not soften these opportunities for everyone.
The vehicle continues to take precedence in the laws, even more than public transport. There are no public leaders who choose to use bicycles. We need to change this..

As Bicycle Mayor, I will propose the creation of a public department that works on bicycle-related programs in all areas. For example: reactivate bike tours programs in the city, reactivate businesses that use tricycles or bicycles, promote bicycle safety, promote the use of bicycles for health in post-pandemic times, etc.
Communicate to groups of cyclists that there is now a Bike Mayor who will work for them. Likewise, I will coordinate open bike-events, construction of bicycle lanes and to start a foundation that supports cyclists with international funds.

It is indeed possible to use bicycles as a way of transportation in the hottest city of your country, no matter what. As well as it is important to be together as cyclists if you really want to make a change in your city.