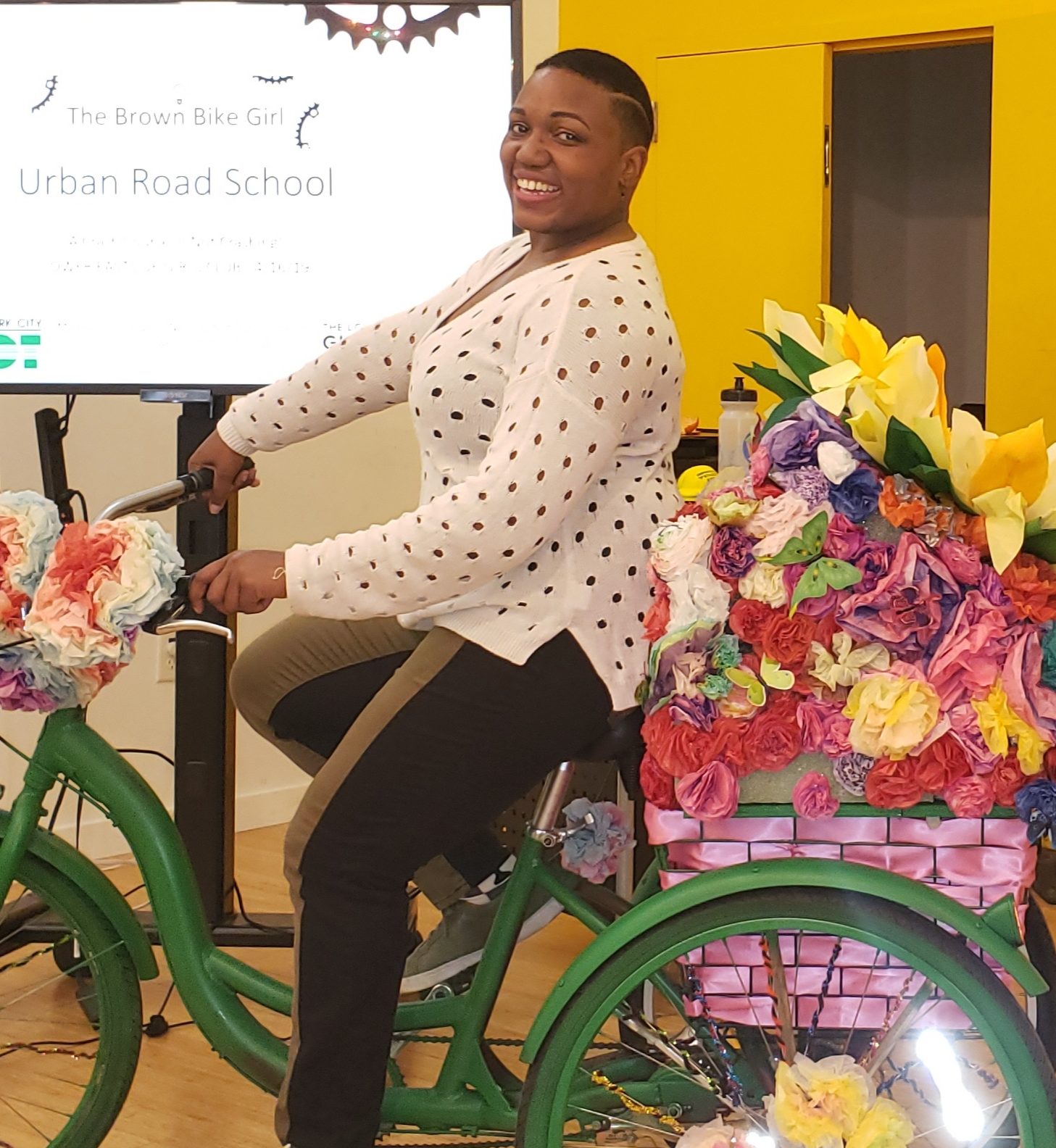 Since 2014 Courtney Williams has organized grassroots initiatives to introduce and get cyclists of color included in the outreach efforts of the mainstream New York City cycling scene. Williams formalized her dedication to creating an environment of equitable access to cycling’s transportation, health, and economic benefits in late 2016 when she launched her cycling advocacy consulting project, The Brown Bike Girl.

Williams’ love of cycling has manifested as a bike group organizer, inclusion & equity educator for cycling and sports organizations, bike skills trainer – including mentoring 12 other group ride leaders, and proudly serving as coordinator of the only annual bike tour that celebrates a New York neighborhood of color. She has also been committed to ensuring that monthly bike ride opportunities take place that elevate awareness of the social experiences of people of color on bikes and in other public spaces.

Williams believes that all of people who ride bikes in New York should be able to access the same level of ease, infrastructure, and protection while biking regardless of their address and ethnicity, and seeks to motivate local government and bicycle advocacy organizations to act with integrity regarding their claims and mission statements to work on behalf of “all cyclists.”

On a daily basis I issue public comment, encourage, elevate and facilitate conversations around the racial and economic equity of proposed cycling initiatives.

During the COVID-19 crisis – particularly during Bike Month – my goal is to help keep cyclists’ spirits up by producing virtual social programming that demonstrates it is possible to celebrate their love of cycling in ways that are socially responsible and will continue to help New York “flatten the curve.”

I will advocate that our public transportation agencies fund comprehensive bicycling education for NYC’s adult cyclists for the sake of creating more responsible and empowered cyclists, thereby increasing the chances of sustaining the surge in functional bike ridership that has resulted from COVID-19 crisis.

Pre Corona: During 2019 NYC faced an unexplained spike in the amount of automotive-involved cyclist deaths.  Many of the deaths involved distracted drivers, trucks, and cyclists attempting to operate amidst hostile street design.  This spike was a main challenge, on top of frequent reports of law enforcement.

The disproportionate traffic violation enforcement upon working cyclists (such as food delivery) population of primarily older male immigrants, as well as on Black and Latino men has been an ongoing issue.

In Corona: Messaging and direction about how cyclists should conduct themselves regarding the transmission of COVID has been absent from traditional authorities in transportation, health, and cycling advocacy.  Though I am not a medical authority, I am not afraid to facilitate conversations on options and sensibilities about protecting yourself and others from transmission and duress.

By the full first week of May I will be releasing a schedule of virtual social events for Bike Month and endeavoring to keep the community abreast of volunteer bike opportunities to support each other and make essential trips.