The majority of children on the planet will grow up in cities before the middle of this century. This implies an urgent global imperative to create urban environments where children can thrive; where their particular needs are acknowledged and firmly prioritized. To mark World Bicycle Day and to celebrate the transformational power of cycling, Helena Wolf outlines what Bicycle Mayors in cities around the world are doing to lead positive progress for children, and how everyone can get involved.

Urban design and city planning habitually reflect the scale of full-grown human beings and prioritize the needs and activities associated with this demographic. The result is an urban form, with iterations around the globe, that reduces child accommodation to an afterthought and child safety to a negotiation. Ordinary urban landscapes can be treacherous and intimidating for children, even when accompanied by an adult, yet this is precisely the setting where most children in the world will come of age. However subtle or serious, cities can’t sustain neglect of their young and vulnerable populations. 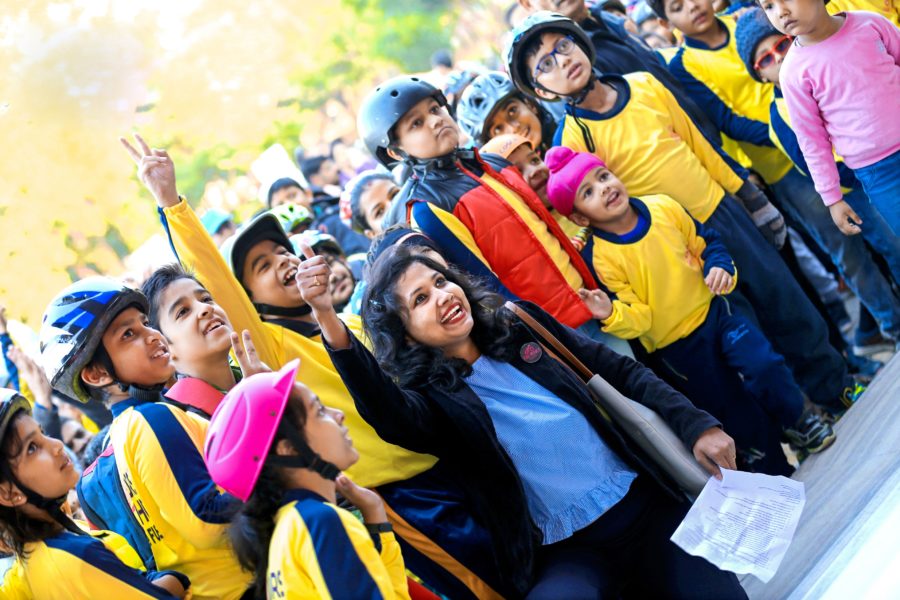 Bicycle Mayors in cities on every continent are working on programs that accelerate cycling for all, working with businesses, governments and communities – all city stakeholders. For World Bicycle Day, we are zooming in, highlighting how Bicycle Mayors from Lisbon to Jaipur are working to secure everyday freedoms, like safe travel to school, for their youngest residents by improving urban cycling networks (both social and physical networks) and by teaching children to pedal cautiously and confidently through the streets of their city. We explore the crucial role that youth cycling campaigns play in effective cycling advocacy and in making cities #FitForChildren.

Ana Pereira, Bicycle Mayor of Lisbon, organized the city’s first Cycle Touring Festival, an event she says was “dedicated to families with young children, to motivate them and to help them to make short weekend cycling trips.” It was a chance for children and parents to grow comfortable with cycling for pleasure. Since 2008, Ana has also committed countless hours to teaching children how to cycle safely through the winding, hilly streets of Lisbon giving them the self-assurance and tactical skills to travel independently. She leads bicycle training workshops and on-street safety sessions, which she has prioritized during her mayorship. Excitingly, the Urban Future Global Conference will be in Lisbon next year (read our takeaways from last month’s event in Oslo here). 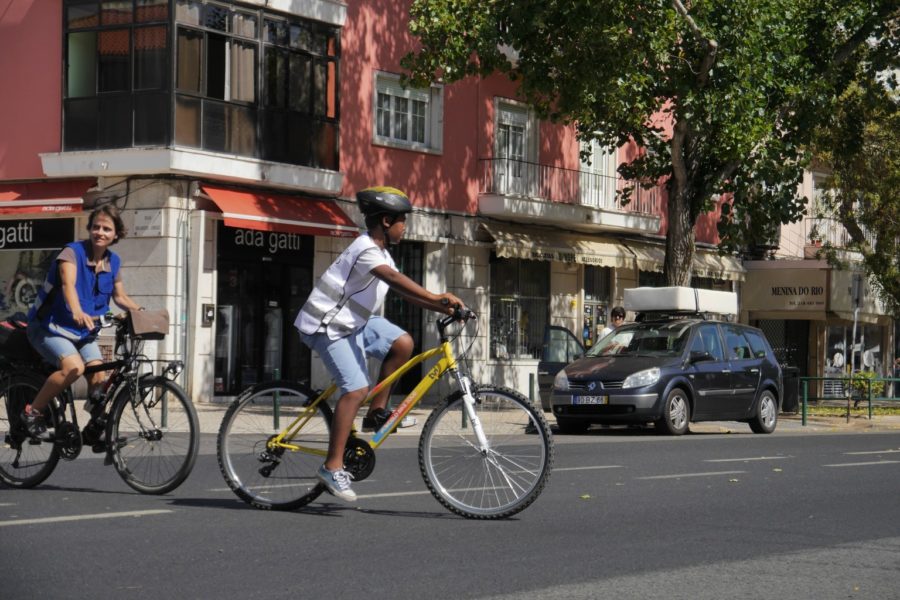 This month, Ana will spearhead a photo campaign challenging common misconceptions about cycling, namely that cycling is incompatible with motherhood and unsuitable for young children. She hopes to prompt a shift in cultural attitudes so that cycling may be viewed as something for everyone, not just for the fit and few. In her community organizing work, Pereira reinforces associations of cycling with positive social experiences, safe transportation, and ordinary everyday life.

In Guwahati, a city of approximately one million people, Bicycle Mayor Arshel Akhter is determined to expound the numerous benefits of cycling to the city’s youngest residents and future leaders. Last month, he was invited to conduct a workshop for 150 students at a local public school. He explained the importance of bicycle safety and gave specific recommendations of safety measures for the streets of Guwahati. He was later joined by 50 students on bicycles for a demonstration and leisurely ride through the local neighborhood, an opportunity for them to build confidence on two wheels. And this month, Arshel has big plans in store for an event called Cycling the City, envisioned as a lively exposition of cycling culture to celebrate Guwahati’s growing cycling community and to inspire intensified efforts to make city streets safe for young cyclists. 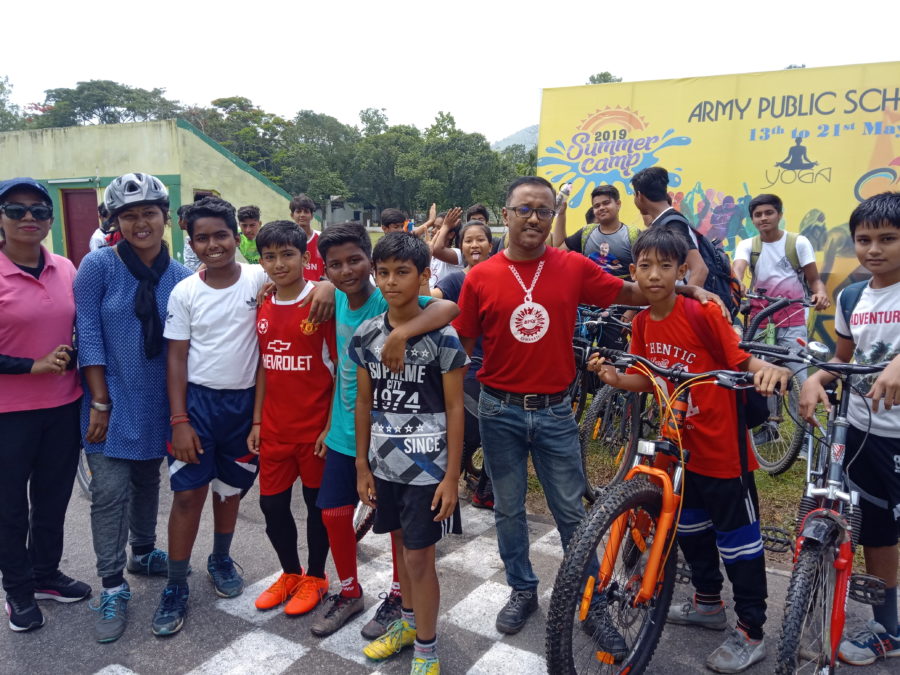 Recognizing the importance of visibility, Akhter has extended invitations to a number of important city stakeholders and media representatives to participate in the event, which he hopes will add muscle to his local advocacy efforts.

West of Guwahati in Jaipur, Bicycle Mayor Pooja Vijay is busy raising the next generation of bicycle enthusiasts. Junior Cyclothon, a high-energy promotional event had its glorious debut in July of 2018, attracting over 200 children ranging from 2 to 17 years old. The event involved learning sessions, where children were taught the social and environmental benefits of cycling and learned about urban street sense (as well as a lot of rainbow confetti!). Five months later, backed by popular demand, Vijay put on a second run of the cyclothon, this time attracting an even larger assembly of Jaipur youth. Word has spread through the ‘pink city’ and residents are demanding more events. Vijay will organize a third installation for this July hoping to grow attendance and reach an even larger audience. In a matter of months, Vijay has harnessed both political and community support to establish an iconic and cherished cycling tradition in Jaipur with high potential to hasten positive change in the city. Taking full advantage of the Bicycle Mayor platform, she has rallied her community and brought awareness to child bicycle safety in a brilliant way. 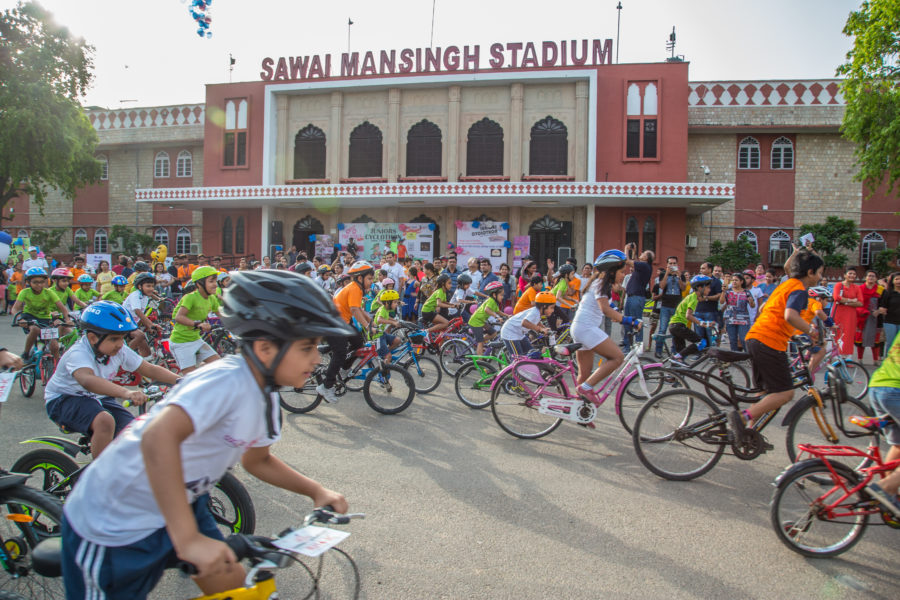 In Beirut, Bicycle Mayor Philippe Dagher is motivated by people’s reluctance to cycle in the capital. Since March, under Philippe’s leadership, over 200 children have learned to cycle on two wheels, and another 500 students were involved in a bike to school awareness program that Philippe inaugurated this year. Philippe says that the chance to “experience the liberating feeling of biking on these kids’ faces” is worth every last organizing effort. He is certain that cycling “triggers something very special in their brains,” something he is tirelessly pursuing in his ongoing cycling programs with children. 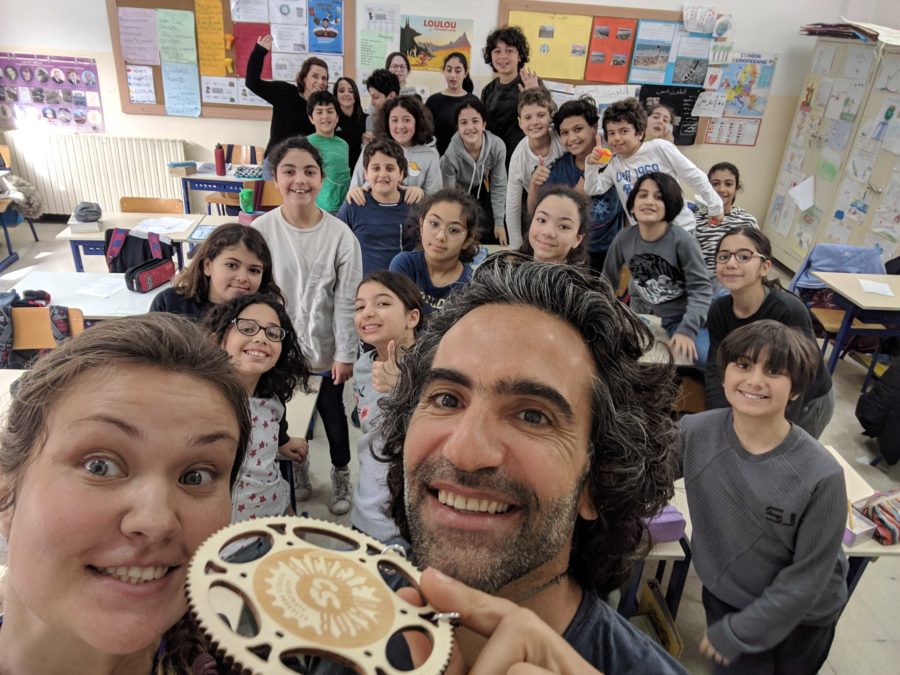 Closer to our HQ, and where the network started, Bicycle Mayor Katelijne Boerma has been busy working on the ongoing fietshelden (bike heroes) campaign in preparation for the announcement of Amsterdam’s new Junior Bicycle Mayor, set to take place on July 4th. Katelijne has visited schools, hosted public talks, and lead presentations in an effort to meaningfully engage children in her cycling agenda for the city of Amsterdam. By asking children for their ideas and visions, Katelijne inspires curiosity about how to make Amsterdam a better biking city for everyone and delight about the possibility of contributing. Trusting and empowering children to take part in cycling advocacy, giving childrens’ cycling a face and a voice, means gaining direct insight into urban cycling conditions and unique challenges for children. Katelijne hopes to use the insights she has gathered from school children in Amsterdam to develop a more thoughtful and targeted strategy. After all, children should have a say over the kind of city they will live in in the future, shouldn’t they? 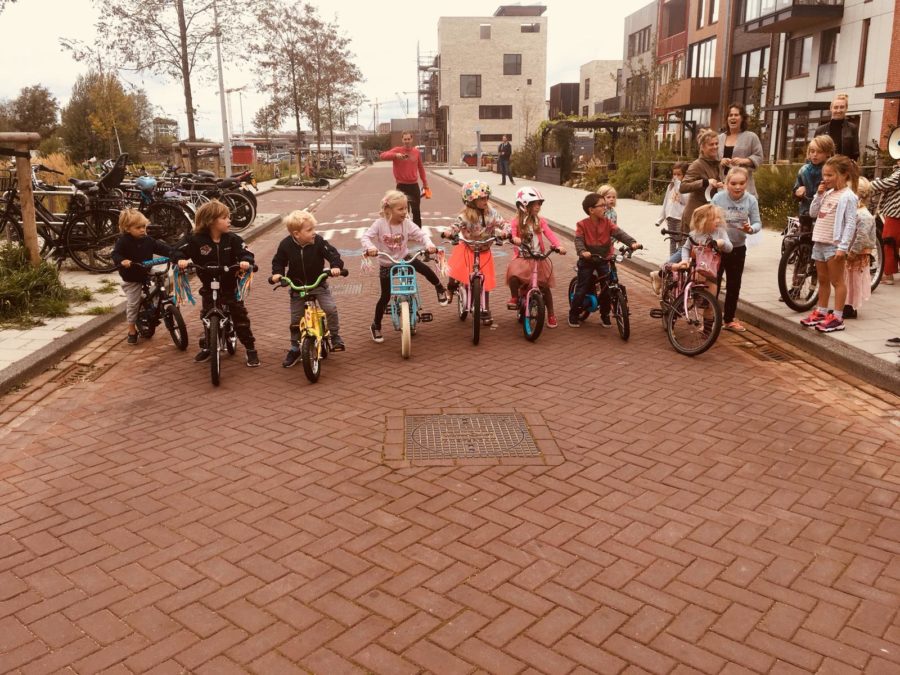 On this day, we encourage you to take a critical look at your own city from a child’s perspective and to attempt to uncover the unspoken, overlooked urban challenges that are a part of their daily urban experience. If you were a child, would you feel safe in your city? Would you feel like it was fit for you?

To support ‘Cities fit for children’, you can:

All citizens: Find out what your local Bicycle Mayor is doing and get involved in their work. If your city does not have a Bicycle Mayor, then help BYCS to find one.

City leaders and planners: commit to principles that prioritise safe cycling for children. For inspiration and ideas on how to start transforming your city connect with BYCS through www.bycs.org

Parents and carers of children: Find out about safe cycling in your city and help build cycling into your child’s everyday activities.

People around the world are encouraged to share pictures of their cities on social media, tagging @BYCS_org and #FitForChildren