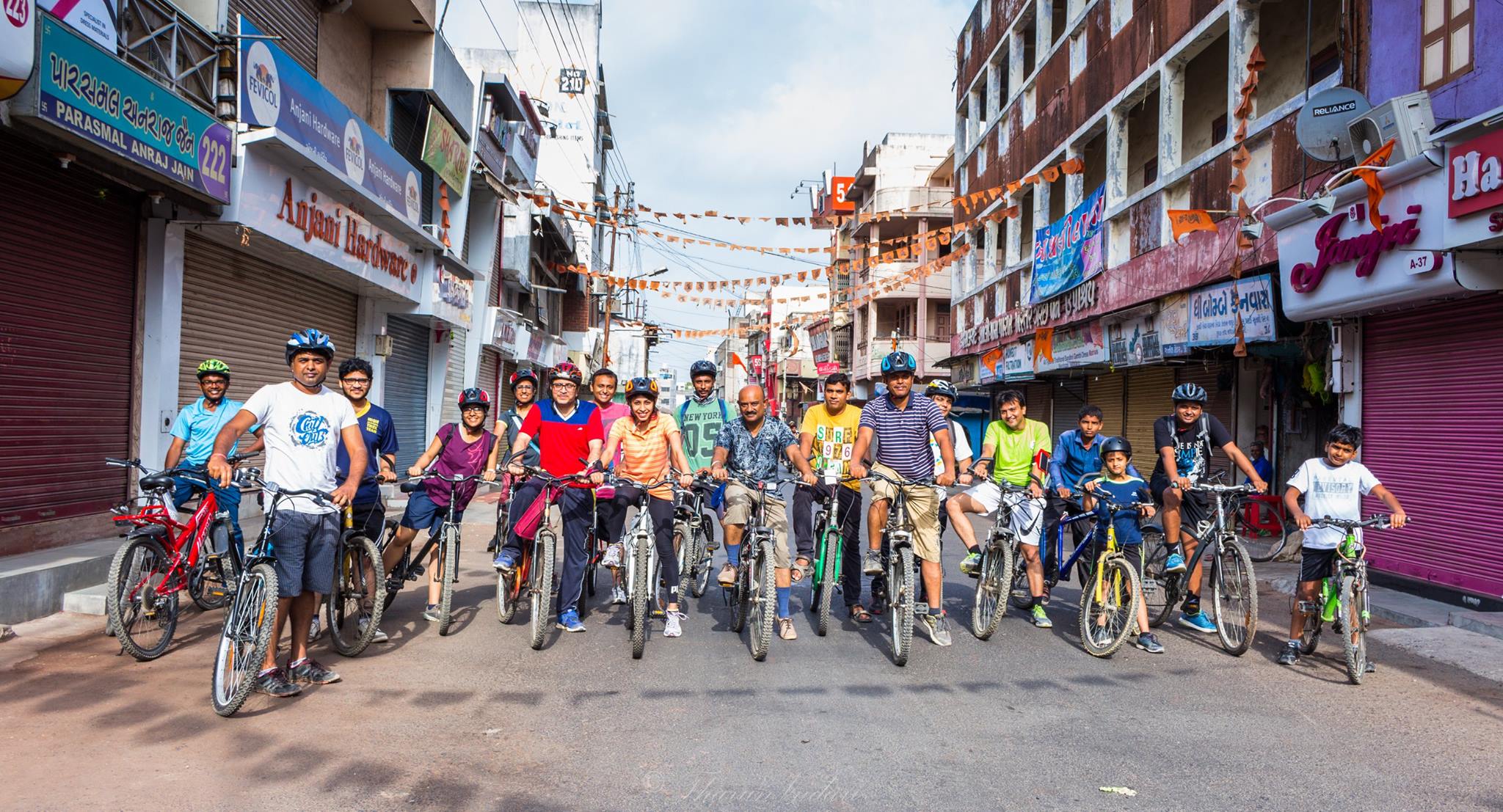 We’re taking steps towards establishing regional hubs for our Bicycle Mayor Network, and are proud to officially present the BYCS India Foundation. Here is why decentralisation is a core principle in our organisation’s vision.

Amsterdam’s history has made us acutely aware of the power of civil society to drive lasting, positive changes in our cities. The Stop de Kindermoord movement played a critical role in making cycling in our city what it is today, and this understanding was an important principle in our establishment of Amsterdam’s first Bicycle Mayor in 2016: an independent, voluntary position held by a representative community member that could break down silos between policy leaders, city planners, and civil society.

Our Bicycle Mayor Network is now present in 34 countries, it’s members working with a shared belief that increased usership of the bicycle for daily trips in cities will unlock greater and more equitable social wellbeing, much needed environmental resilience and a myriad of other societal benefits. Through this reach, we have learned about a vast array of creative strategies to promote cycling in different urban contexts, and have been humbled and inspired by the work conducted throughout the network.

As the interest has grown, particularly in Latin America and India, our belief that as a small organisation based in western Europe we should not be calling the shots has also been confirmed. There is no one size fits all solution to building a cycling culture. Pure Amsterdamification doesn’t work, nor should it. Of course, a lot of the processes that our city has undertaken hold valuable lessons for others, from its sustained commitment to protected infrastructure or its continued deterrence of the use of private vehicles in the city. For a paradigm shift in travel behaviour to take place however, advocacy must be rooted in place. Each urban context is defined by its own geographical, typological, cultural, economic, political and social specificities that must be closely taken into account for cycling strategies to be effective.

The excessive focus on European models of citymaking can also limit important opportunities to learn from initiatives that stem from other regions, and as cities strive to become more bike friendly for all, the whole gamut of strategies undertaken across geographies needs to be considered. For these reasons, we will continue to emphasise local knowledge, experience, and belonging in the coordination and direction of regional networks. In the words of our co-founder Lee Feldman, “our role will continue to be one of amplifying, connecting and supporting the extensive leadership capacity from around the world that has so much to teach us”.

Bicycle Mayors in India form the largest regional network in the international program, and are today present in over 40 cities across 16 states. In November 2019, our co-founders travelled to Bangalore for a Summit where Bicycle Mayors from all over the country met to exchange ideas and strengthen future collaboration. It is the extreme dynamism and organic growth that spurred from this gathering that planted the seeds that today are beginning to sprout.

From the early days of the COVID-19 pandemic, Bicycle Mayors in India engaged with their communities to distribute food and medical supplies, provided free bikes for essential workers to continue moving safely throughout the city, established Bicycle Councillors in different wards of their cities and helped galvanise campaigns such as Reset with Cycling or Cycles4Change. India’s cities were already dealing with an array of complex challenges that have arisen from growing rates of urbanisation, population, motorisation and wealth disparity. They have been consistently ranked as the world’s most congested and polluted cities. This has led to high annual traffic deaths and extremely dangerous levels of particulate matter, responsable for 12.5% of total deaths in 2017, on top of lost economic potential. These circumstances form a strong case for cycling-driven economic, environmental and social change.

To support this bicycle led recovery, to further strengthen the impact of the Bicycle Mayor Network in India, and to contribute to the development of research and best practices for the Indian urban context, we set out in late 2019 to establish our first decentralisation initiative, BYCS India Foundation. After a year of hard work, we are delighted that this vision has become a reality, and are excited for this young organisation’s bright future. 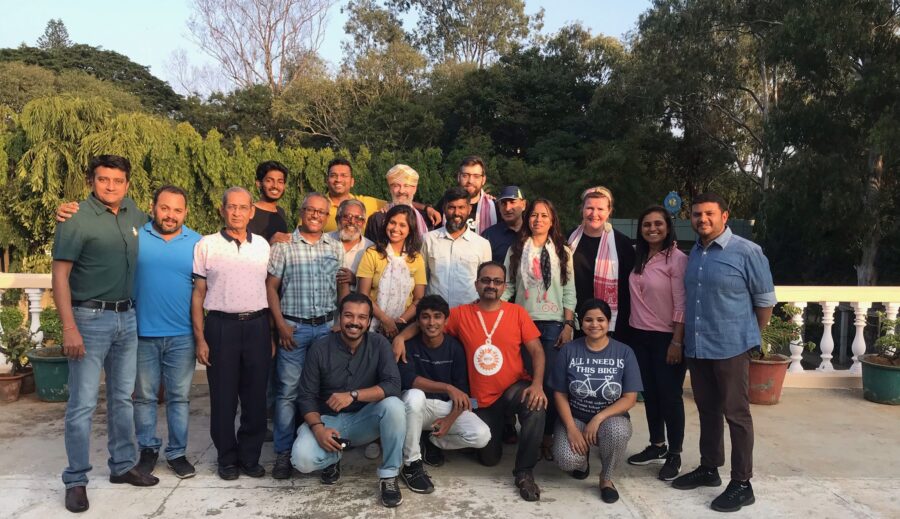 BYCS India Foundation is a nonpartisan organisation that aims to improve the quality of life for all Indian citizens. The Foundation coordinates the Bicycle Mayor network at the national level and has already begun supporting cities across India to advance a cycling friendly future through planning, research, education and advocacy.

The core team of BYCS India Foundation consists of dedicated urbanists, psychiatric social workers and previous Bicycle Mayors. Bhairavi Joshi, Sonal Kulkarni and Manju George are close to local action, are engaged with and committed to the cause. They have extensive professional and volunteer experience and are ideal leaders to drive BYCS India into maturity. As explained by Bhairavi, CEO of BYCS India Foundation, “it can be very difficult to navigate our urban context and culture, and we can do this with our local knowledge, bringing in lessons from BYCS to Indian cities with our own Indian flavour”.

By engaging with both civil society and government, the Foundation will work to strengthen the human infrastructure of cycling and focus on lobbying and community engagement through behavioural and cultural change efforts – dimensions of cycling advocacy that are still relatively nascent in India. This presents many opportunities for increased acceptance and appreciation of bicycling for daily transportation as well as for collaborations with the many organisations already working to make cities in India centred on people.

In establishing a legal entity, the Foundation will seek to raise funds to support and amplify the impacts of projects carried out by Indian Bicycle Mayors, and will act as a bridge between civil society and government stakeholders to give a more central place for grassroots advocacy and inclusivity in planning and policy. BYCS India Foundation is also developing tools and programs to support governments more directly in their broader cycling strategy. In December, an MOU was signed with the Municipal Government of Surat in the presence of the Dutch Ambassador the Netherlands, committing to the Foundation’s support in creating a cycling culture for the Gujarati city. Other initiatives including Cycle to Work initiatives, data gathering and analysis, campaigns, research and school curriculum development focused on the bicycle as transportation will be core activities that the Foundation will undertake with public, private and non-profit partners.

This past year has forced us to rethink many aspects of urban life, and made clear the need to revisit our mobility, the very lifeblood of our cities. The Indian urban context is ripe for cycling-driven reactivation, and the first steps taken by BYCS India Foundation in 2021 will be twofold. Firstly, it will support the Bicycle Mayor Network, “the heart and driving force of the Foundation”, in achieving greater recognition for its members in existing and new cities. Secondly, it will continue to build and consolidate its base by developing programs, data gathering and analysis as well as forge new partnerships with key stakeholders. Learnings from this first Indian initiative will be gathered and applied to continue the iterative decentralisation of our network. The opportunities for transnational exchange are endless and we look forward to continuing to enrich our understanding of the transformational effect of the bicycle on societies around the world. BYCS India Foundation is the first step towards cementing our global vision of just, joyful and human-powered mobility for all.