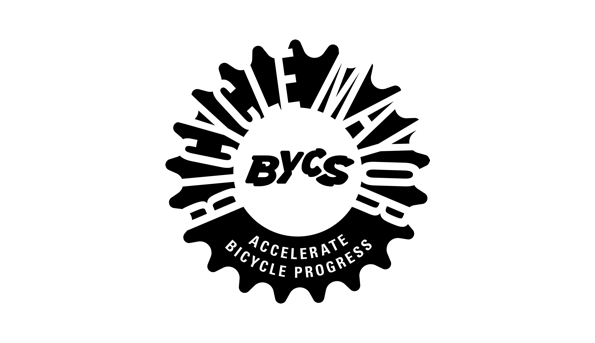 What is the Bicycle Mayor Network?

The Bicycle Mayor Network is a global initiative to accelerate the progress of cycling in cities.

Commonly referred to as ‘Bicycle Mayors’, these changemakers act on local needs but by connecting them across a global network we elevate their profile and influence. They are able to rapidly share ideas, challenges, and solutions, creating a truly radical shift in city cycling attitudes and approaches.

It is a program developed by BYCS – an Amsterdam-based social enterprise that understands that increased cycling will lead to fundamentally healthier, happier, and more prosperous cities for all. The network was borne out of BYCS’ mission, 50by30: 50% of all city trips by bike by 2030.

What exactly is a Bicycle Mayor and what do they do?

Bicycle Mayors are the face and voice of cycling progress in a city. They are independent catalysts that work to uncover the economic, societal, health, and environmental benefits that increased cycling can bring. Bicycle Mayors work with citizens and official stakeholders to ensure all voices across the community are responded to and act as intermediaries that help diverse groups reach common goals. They develop positive relations between cycling organisations, residents, businesses, and government.

Bicycle Mayors are selected for a period of two years and are asked to come up with 3 main objectives they will focus on during their mayorship. The exact role of each Bicycle Mayor varies according to their local challenges and opportunities. It is the role of a Bicycle Mayor to listen to local needs when it comes to cycling and to identify and implement new solutions according to those needs. Bicycle Mayors do not have direct political authority, but their work may benefit greatly from working together with local authorities and other influential stakeholders.

How can a city benefit from having a Bicycle Mayor?

Any city with a Bicycle Mayor will accelerate its progress to being more human centric as increased cycling will allow for more accessible mobility solutions, increased physical and mental health, cleaner air, environmental improvements, a stronger and more cohesive community, as well as as new, sustainable economic opportunities. Every city will also gain significant branding and marketing opportunities from being part of this network of city leaders.

No matter what stage of cycling maturity a city is at, it can benefit greatly by introducing a Bicycle Mayor. In a well-developed cycling city the role of Bicycle Mayor is expected to be quite different than a city in which cycling is just getting started. For example, in Amsterdam, which has a mature approach to cycling, the Bicycle Mayor works to encourage respect amongst different bicycle users in Amsterdam’s often crowded and sometimes hectic cycling routes. Whereas in a less developed cycling city it is possible that the role is more provocative, working to bring cycling into the urban agenda locally and encouraging people to get on the bicycle for the first time.

In some cities, advocacy groups may stand at odds with officials. The role of the Bicycle Mayor is to act as a social bridge that is able to find ways of working with and establishing relationships between all types of urban stakeholders and help make cycling as transportation accessible to the average person.

How can my city get a Bicycle Mayor?

There are a number of ways that a city can get a Bicycle Mayor:

Is the role of Bicycle Mayor paid ?

The Bicycle Mayor is a voluntary role. They benefit personally and professionally from being associated with the program, but any financial remuneration during the mayoralty is likely to be limited.

How much of a time commitment is required from a Bicycle Mayor?

The time that this role requires will vary from city to city and it is expected that this role and related activities are carried out outside of existing commitments such as work. We typically suggest Bicycle Mayors dedicate a minimum of 4-8 hours per week to Bicycle Mayor activities. This time may be taken up conducting media interviews, organising or attending events, developing plans and partnerships, or securing support, among others. In addition, Bicycle Mayors are expected to actively participate in the online communication of the network and to regularly share their stories, insights, experiences, and achievements with the network and with BYCS.

How does a Bicycle Mayor cover their costs?

Bicycle Mayors are responsible for identifying and securing their own funding. Where possible BYCS may assist in seeking out local sponsors or give additional support in applying for funding opportunities. In the past Bicycle Mayors have been able to secure financial support through fundraising, appealing to local or national governments, organisations or companies, or from crowdfunding campaigns.

What is the role of BYCS in the network?

The Bicycle Mayor Network was established by and is coordinated by BYCS. As a social enterprise, BYCS invests profit from its work with clients and partners on city transformation programs into the Bicycle Mayor Network, understanding that growing this network is essential to accelerate city cycling adoption worldwide.

BYCS works with local partners in every city to identify and select local Bicycle Mayors, and then to support them to develop and implement their ideas for action. BYCS is responsible for the global growth of the network, and facilitates the online communication of the Bicycle Mayors. Additionally, we develop toolkits and templates for the Bicycle Mayors to use in order to fulfill their goals. The Bicycle Mayors remain independent of BYCS but must prove to BYCS they are creating impact and are following the shared global Code of Conduct of the network.

Whether it is through planning and hosting international summits, exploring new communication tools or developing training materials, we at BYCS are constantly reviewing our work and approach to ensure that we are serving the needs of the network in the best way that we can. We also call on Bicycle Mayors to work with us in co-creating the network and sharing ideas for how it can improve.

What is the vision which drives this network?

Bicycle Mayors act on local needs but harness the ideas, energy and shared vision of a global movement. Everything we do at BYCS is driven by a clear and powerful mission. We call this 50by30: half of all city trips by bike by 2030. This mission requires the boldest ideas and the most determined action. Bicycle Mayors support this vision and agree that cycling is much more than just transportation, it is transformation.

Why is it important for the Bicycle Mayor to be an independent position?

By not representing any single organisation or political group, Bicycle Mayors are able to truly act on behalf of all city stakeholders – from people on the street to people in power – listening to and uniting them to improve the state of cycling in their city. Through their independence they are able to cut through the status quo and to lead meaningful action.