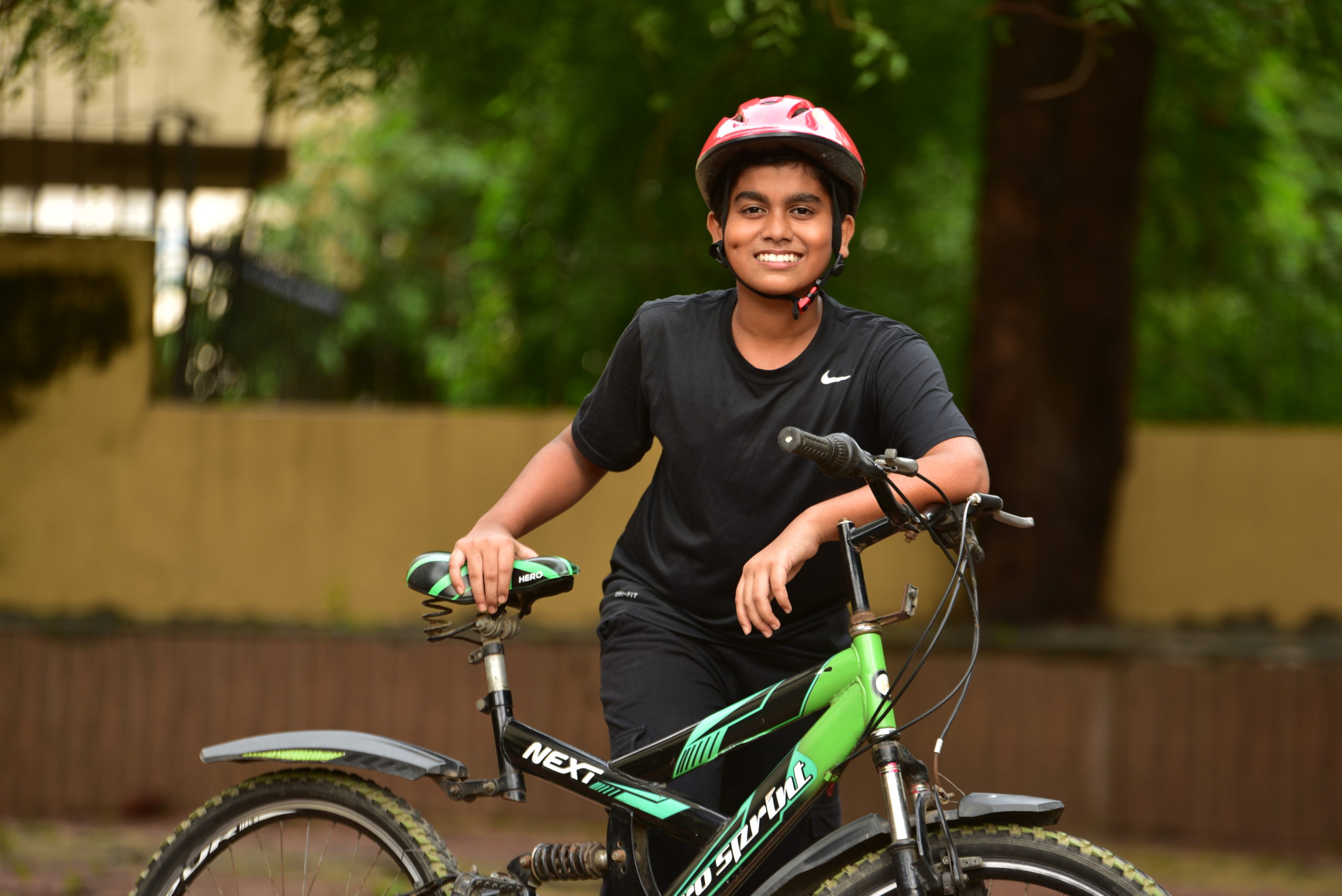 Bhavyank is a Grade 9 student in the city of Valsad, Gujarat. His idea of dedicating cycle lanes for cities won over the minds of the jury. He believes it would resolve multiple problems like safety, reduced pollution, and promote healthier and more fit lifestyles. A major concern for parents not allowing their children to ride bicycles for daily commute is the fear of accidents, which could be taken care by dedicated bicycle lanes.

Valsad is a quite interesting place having a coastal periphery alongside and also having health conscious citizens. Being on the coast, also makes it a fun place to cycle.

Bhavyank aims to focus on involving youngsters to adopt cycling as a routine which is the need of the hour in Valsad. He strives to conduct multiple Cyclofun events to spread awareness about cycling.

He believes this could bring a very positive impact to society in terms of health, safety, and well-being.