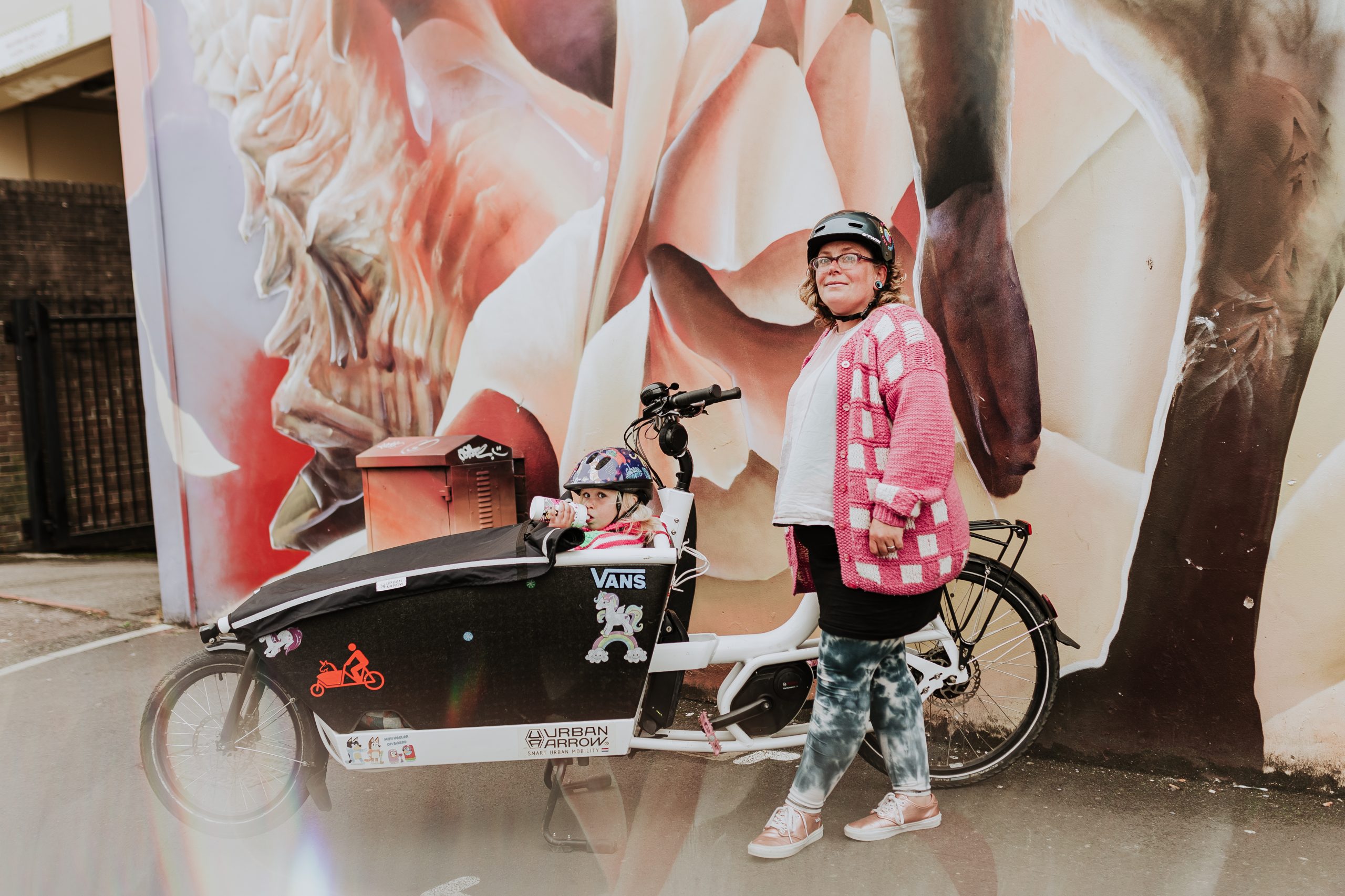 Hi everyone! My name is Bex and I’m the new Bicycle Mayor of Cheltenham. A bit about myself: I got really hooked on cycling at my first mountain bike event in 1996, and since then I haven’t stopped using a bicycle as my main form of transportation. When I had my first child in 2014, I struggled to continue using my bicycle everywhere until I bought a cargo bike which changed my life. It’s given me my independence back, and it really helps with my child’s special educational needs. I’ve learned a lot more about disabled cyclists, and I’ve become passionate about making cycling more accessible to
them.

I’m an active member of the local campaign group Cheltenham & Tewksbury Cycling Campaign and I’ve recently become a parish councilor. Through this, I hope to make a difference in my neighborhood, especially by taking care of our pavements and making our roads safer. I also hope to help people take ownership of their neighborhoods and plan street parties, organize art events, etc.

As a Bicycle Mayor, I want to work with those who are underrepresented in cycling, such as women, families, and disabled cyclists. Throughout my term, I plan to focus on the physical barriers to cycling. We have some low-traffic infrastructure in Cheltenham, but it’s often hampered by barriers across the paths to stop motorcyclists. These barriers often stop non-standard and disabled cyclists and are against the UK government’s latest guidance on cycling.

I would like to encourage more women and families to ride by working against their main barriers to cycling: financial means, lack of knowledge or confidence around bikes, or concerns about local infrastructure not being safe. Women might also be concerned about cycling after dark and parents might be concerned about their children cycling at night too.