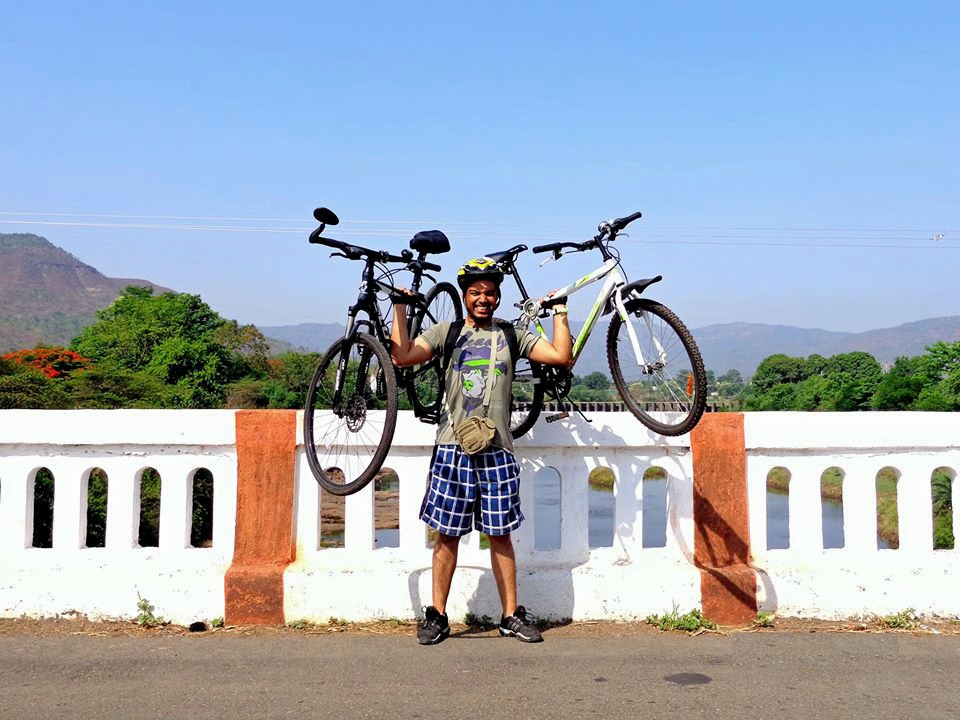 Namaste! I am Ashik Jain, an architect, urban planner and a cycling enthusiast. I love cycling and am passionate about it; not just as a sport, but as an ideology, as a viable MODE OF COMMUTE in our cities. I have been promoting SUSTAINABLE TRANSPORTATION through THE GREEN LANE CAMPAIGN wherein I discuss the importance of Sustainable Transport with the school kids and convince them to demand for a SAFE, CONVENIENT and COMFORTABLE CYCLING INFRASTRUCTURE for the city, by writing letters to the city officials. As an architect & an urban planner, having worked in the domain of Sustainable Transportation for the past few years, and being a passionate cyclist, I want to represent the bicycle as a viable mode of transport and a symbol of ENVIRONMENT, HEALTH, SOCIAL INTERACTION & ECONOMIC SUSTAINABILITY. I firmly believe that, “A Bicycle is a SIMPLE machine which can resolve many COMPLEX issues of our society.”

I have always admired adopting and promoting a sustainable life. I have been working in the domain of sustainable transportation for the last few years, academically as well as professionally & believe that SUSTAINABLE TRANSPORT is a sector that could immensely contribute towards Sustainable Development.

My mission extends beyond cycling and considers all the approaches that aim towards sustainable transportation. I want to contribute towards this mission, by ensuring that the major share of the trips in my city happen through sustainable modes of transport, wherein cycling along with walking & public transport usage takes over the private motorised vehicles in my city.

I had also done a 5500 km long cycling expedition from Srinagar, Jammu and Kashmir, India to Kanyakumari, Tamil Nadu, India in 2014, under THE GREEN LANE CAMPAIGN, to promote the greener modes of transport that include WALKING, CYCLING and USING PUBLIC TRANSPORTATION. I had visited 85 schools on the way to promote usage of the green modes of transportation, especially cycles among school going kids. On the same beat, I also very often visit schools to promote the same, even now. And now I want to further expand this campaign to each and every individual in my city.

My mission is to ensure a SAFE, CONVENIENT AND COMFORTABLE, cycling, walking & public transport infrastructure in my city.

The main obstacles and challenges for adoption of cycling in my city are the LACK OF SAFETY, COMFORT and CONVENIENCE for a cycle user.

Safe cycling infrastructure, i.e. well designed segregated Cycle Tracks / Bicycle Lanes, is extremely essential. Since, cycle tracks are not provided, it is very unsafe to cycle in the motorised vehicle lanes due to the speed of these vehicles. Also, parents do not want their kids to cycle to school due to these concerns.

For the hot and humid climate of Pimpri-Chinchwad, trees planted along the non-motorised transport infrastructure and segregated track that ensure no conflicts with motorised vehicles, would make cycling comfortable for a cycle user.

To add on, the polluting motor vehicles which usually have an air conditioning system that adds comfort for its user; emit polluted air. That in turn is inhaled by a cyclist making cycling uncomfortable for the person. In reality, a cycle user is actually is doing his/her bit to reduce the pollution in the city. Since no attention is paid to these concerns, there is a lack of comfort for a cycle user.

Cycling infrastructure should ensure convenience for a cycle user wherein cycling becomes a faster mode of transport, as compared to motor vehicles which usually get stuck in traffic. Since the cycle lanes are not segregated, a cyclist has no choice but to cycle in the mixed lane and get stuck in traffic along with the motor vehicles. Hence, at present it is very inconvenient to cycle within a city.

A safe, comfortable and convenient cycling infrastructure can ensure easy adoption of cycling within a city.

The next steps for me as the Bicycle Mayor are:

Promoting cycling as a mode of transport to school & work through social media campaigns, cycling rallies, creating awareness among the masses, highlighting the importance to the city officials and doing it differently among different target groups.

Being an IT hub, there are many IT companies in and around the city with a lot of young IT professionals. There are many private and public institutes and a major school and college going population in the city. The industrial workers, in various industries form a major part of the workforce of the city. Also, there are two cantonment boards, the Kirkee(Khadki) Cantonment and the Dehu-Road Cantonment around the city, where many retired and on-duty army officers reside. All of these could be the major target groups to promote the use of cycle to school, work and other trips.

The promotion activities would motivate people to come down to the street and cycle. It will further push them to demand for cycling infrastructure from the city officials to ensure safety, comfort and convenience while cycling. Also, I already am a part of various cycling groups in the city and I will encourage the public to also be a part of those groups, to start with.

“If you fail to PLAN, you plan to FAIL.”

Planning is extremely essential to implement our dream of a bicycle-oriented city. For people to be motivated, to begin and to continue cycling, they should be ensured safety, comfort and convenience while cycling. To implement cycling infrastructure that ensures the same, a CITY BICYCLE PLAN has to be prepared and implemented.

To initiate a dialogue with the city officials and the local representatives to begin the process of preparation of a City Bicycle Plan for Pimpri-Chinchwad will be one of the major tasks I would like to focus on as a Bicycle Mayor.

Along with this, PCMC is considering initiation of a Public Bicycle Sharing Scheme in the city with the intent to promote cycling in the city. It is also working on design and implementation of pedestrian friendly street design projects, for many streets across the city.

The intent of the city to move towards sustainable options to cater to the transport needs, is something one could take back from this city.