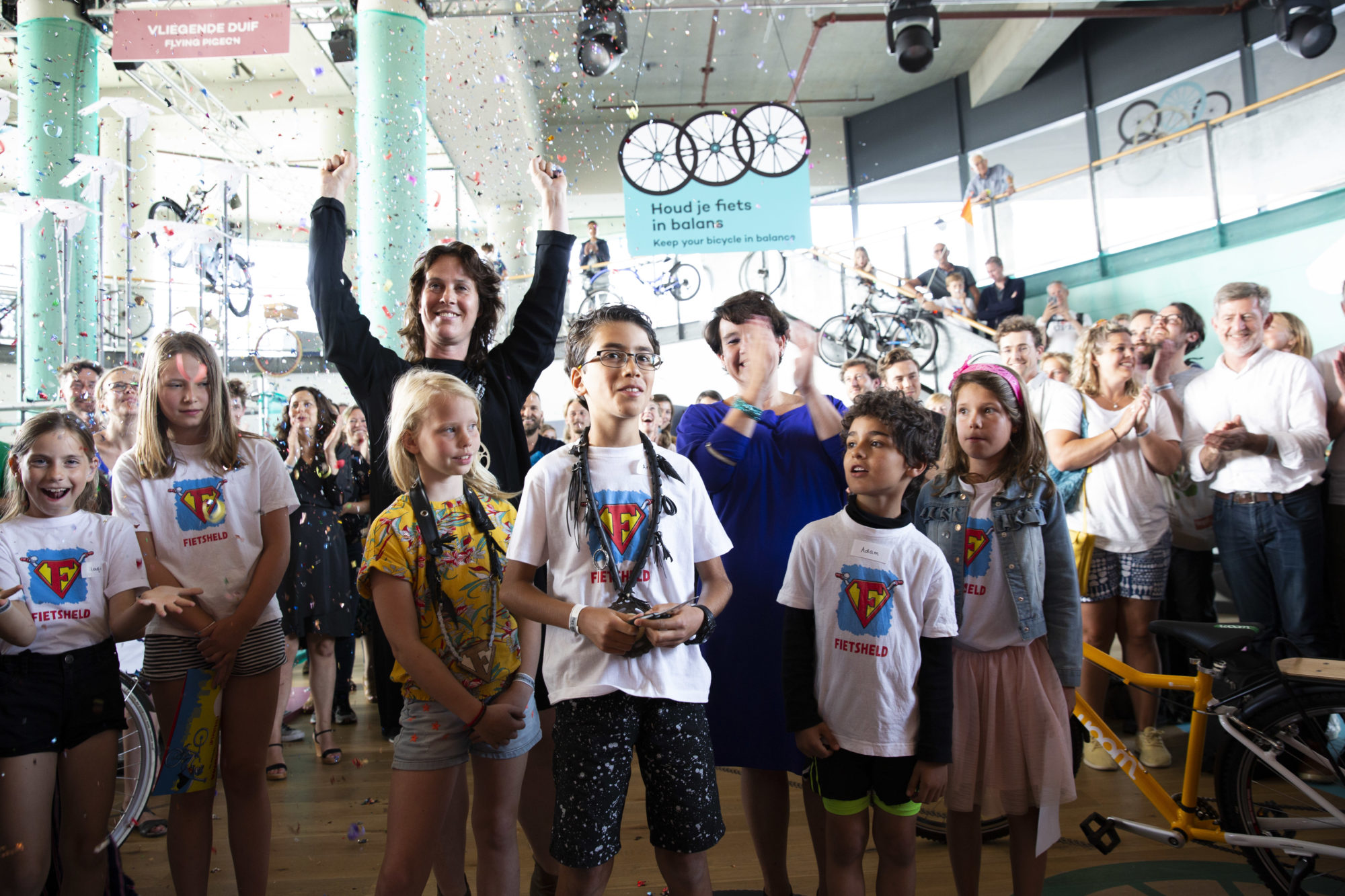 Armin is the second Junior Bicycle Mayor of Amsterdam and the world!

Armin was elected during a Designathon, hosted at Amsterdam’s NEMO Science Museum. He won the competition with his innovative design to make bicycle paths more exciting and safer- playing music by day and lighting up by night!

What is the next step?

In the coming months Armin will work together with Katelijne (Biycle Mayor of Amsterdam) to make cycling in the city even safer, better and more fun for kids.