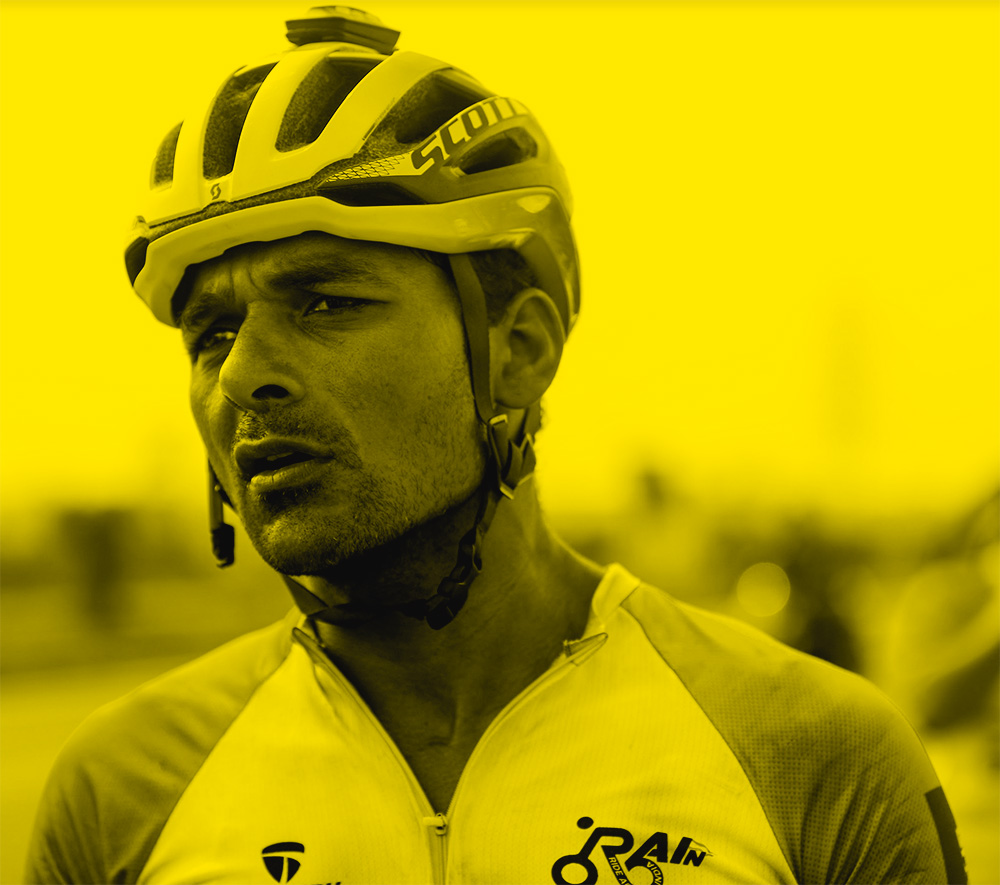 Dr. Amit Samarth is the Bicycle Mayor of Nagpur, the most central city in India. As well as working in public health and now running a sports academy, he completes huge physical feats by riding ultra-distance marathons on his bike. The races and challenges he has completed have helped put him, and cycling, in the minds of policymakers and the public alike.

What is the journey you’ve taken to become Bicycle Mayor?

I am a Medical Graduate by profession and I did my masters in Public Health at John Hopkins School of Public Health before working in the NGO sector. Alongside this I was always involved with running and cycling, and I used to train pretty seriously, which eventually led me to get into ultra racing. I did Race Across America, which is a 5000 km bike race from the West to East coast, and I was the first Asian person to do that race successfully in 2017. Other races include 9100km from Moscow to Vladivostok, the 6000km Golden Quadrilateral highway in India, Iron Mans, marathons and more. These earned me a lot of recognition in the endurance community in India, and helped me to also inspire others to also take up cycling as a way of fitness, a way of life and use cycling as a kind of important mode of transport in the city. I’ve been able to establish credibility through this also with local administrative authorities, to take cycling from sport to a means of transport that can change the culture of the city itself. I have the authority to share my point of view with decision makers, and make them hear what the cycling community needs in the city.

What are the ways in which your profile as an athlete and Bicycle Mayor has broken barriers to cycling uptake in Nagpur?

My achievements give me attention, and the title of Bicycle Mayor enables me to be a trusted figure by institutions like the Nagpur Municipal Corporation. Whenever there is any kind of meeting regarding non-motorised transport, my group is always invited by the government authorities and our point of view is heard.

A key win recently was the standardisation of bicycle parking in the city. So very soon we will have a lot of these cycling stands all across the city. We know this is an issue — people cycle in the city but don’t have anywhere to park their bikes when they visit shops or the market — due to our outreach, and established it with the authorities. It’s a good first step towards providing good parking spaces for cycles in the city.

A further barrier is the lack of starting points for building cycling culture, so I use my profile to kickstart cycling advocacy efforts in other organisations. We would select a school, and initially handhold them in how they can initiate their own cycling promotion efforts, before giving them a toolbox and enabling them to build their own campaigns. Nagpur is lucky in size and geography that most people are able to cycle, with 5km journeys and flat topography. So the key is making people realise the potential of the bike. With 100 schools or colleges onboard, this could be really big for the city.

How do you balance your narrative when an audience expects you to talk about sport and your personal achievement, and your communication focuses on mobility?

I always start by talking about cycling as a sport. In India cycling for fitness is understood, and is a good first step to get people into cycling. The second step is to ask them to cycle not just for fitness but as a way of going to school, their office or college. This is the narrative I use. I think that people, once they use a cycle as fitness then automatically realise that “if the market is only 2 km away, I can use my cycle instead of going on my motorcycle or using my car”. So from an Indian perspective, encouraging people to use cycling for their own fitness and health benefits makes sense. Once they start using a cycle and they get used to that whole fun on the cycle, they understand that it’s great and easy. That’s what I tell them, you don’t have to be a great athlete to use bicycles for your daily activity. You just have to, start using it, and cycle 2 to 3 km to go to the market. You don’t have to be a highly trained athlete. You just need to be a normal person and that you can do it easily. So I think that it helps me communicate this thing very well because it is very easy for me to tell them that you don’t have to be a great athlete.

What are your aspirations for Nagpur’s cycling future, both in terms of sport and for mobility?

My aspirations as Bicycle Mayor are to create a network of organisations in my city who promote cycling on a day-to-day basis. You can ask for cycling paths, parking spaces, and even sports tracks, but unless you create more cyclists, how will the government listen? I want to create an army of volunteers, each responsible for one organisation, be it a school or college, starting with sport, and then bridging to mobility. My big aspiration for sports cycling is organising Race Across India, which will be India’s longest cycle race from Srinagar to Kanyakumari. We are organising this race in the month of February. This race has the potential to become an iconic cycle race for the country. Such a race will gain a huge following, and will inspire many, especially as the riders involved will come from all over the countries. They will inspire the communities they’re from, as well as those they ride through. I believe that cycling can become a truly mainstream sport for the country.