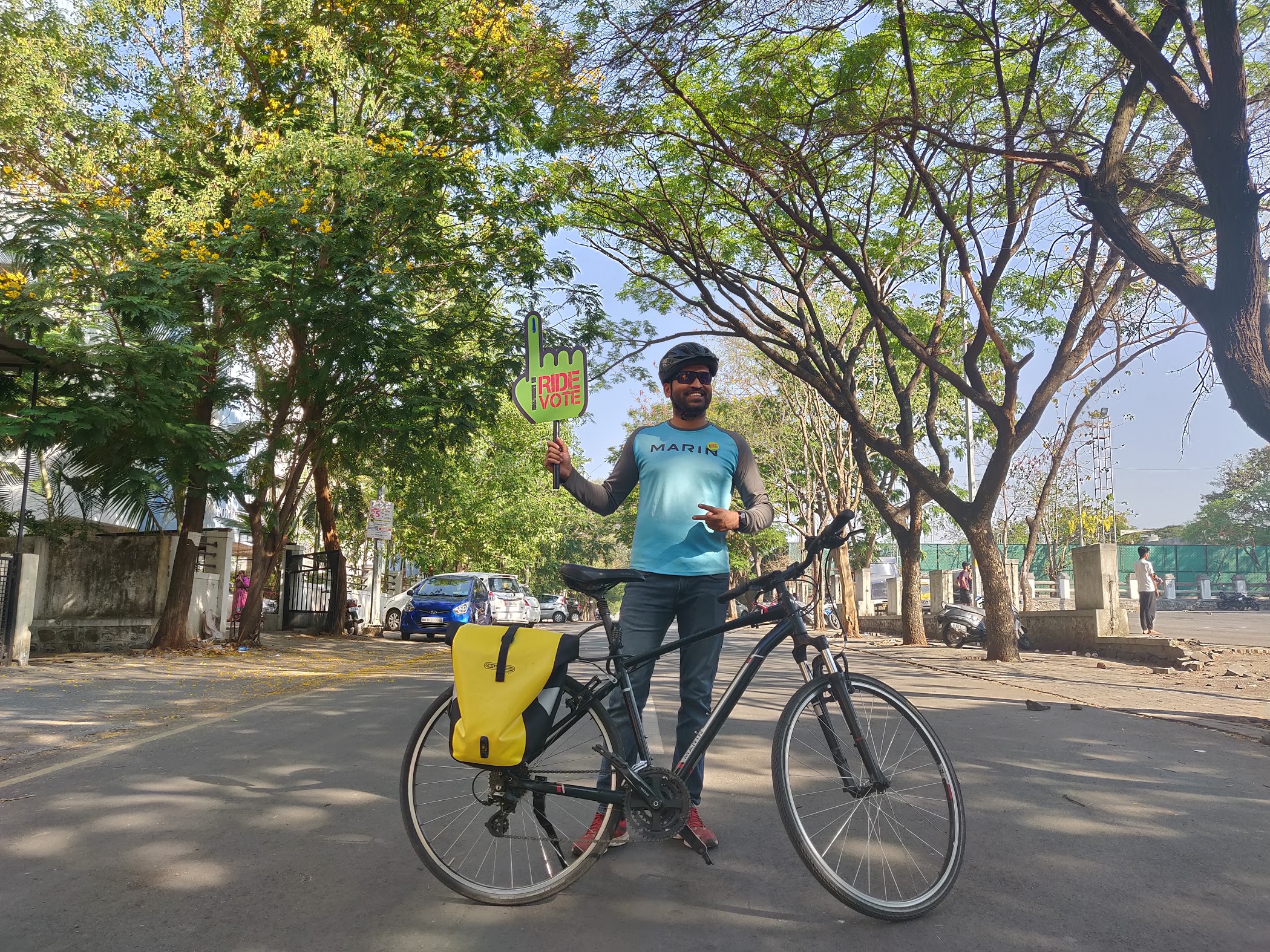 My name is Abhijeet Kupate. I’ve worked as an IT professional and have been commuting by bicycle for more than 5 years now. Being a bicycle enthusiastic I promote the use of bicycles in all ways possible through blogs, vlogs, community workshops. I’m an independent blogger, who also work with Farmers communities around Maharashtra state to highlight their issues eg. Effects of Pollution on Farming, Climate Change and Changing Challenges for farmers. I’m an active member of different social cycling clubs including Mountain Cyclists & CycleRepublik. For four years I have been arranging different cycling expeditions nearby Pune for beginners and in Himalaya for Advance riders to create awareness about cycling through the initiative CycleRepublik.

To be a part of a green world, even when you have access to all the modern transportation. Cycling is the way to go green and stay healthier !!! Cycle to Work is a mission to promote the use of bicycles for commuting. We believe that #cycletowork can be a mission of every single soul on this earth through which all will take their small part in saving mother earth.

Our city having a good cycling plan. According to us, there is a lack of utilisation of cycling tracks and roads by people. We need to leverage this facility by daily commuters.
The biggest challenge is lack of respect towards our fellow cyclists by car drivers or motor vehicle riders. Additionally people on a daily basis do not follow the traffic rules which is extremely dangerous.

The city is considered to be the cultural capital of Maharashtra. Historically this city has been the centre for progressive social reforms. The city is known as Oxford Of The East, and it is the birthplace of badminton. So as a citizens of this beautiful city, we have much to share with the world. Together we can build a cycling network which will amplify the beauty of the city to increase the harmony of the community.