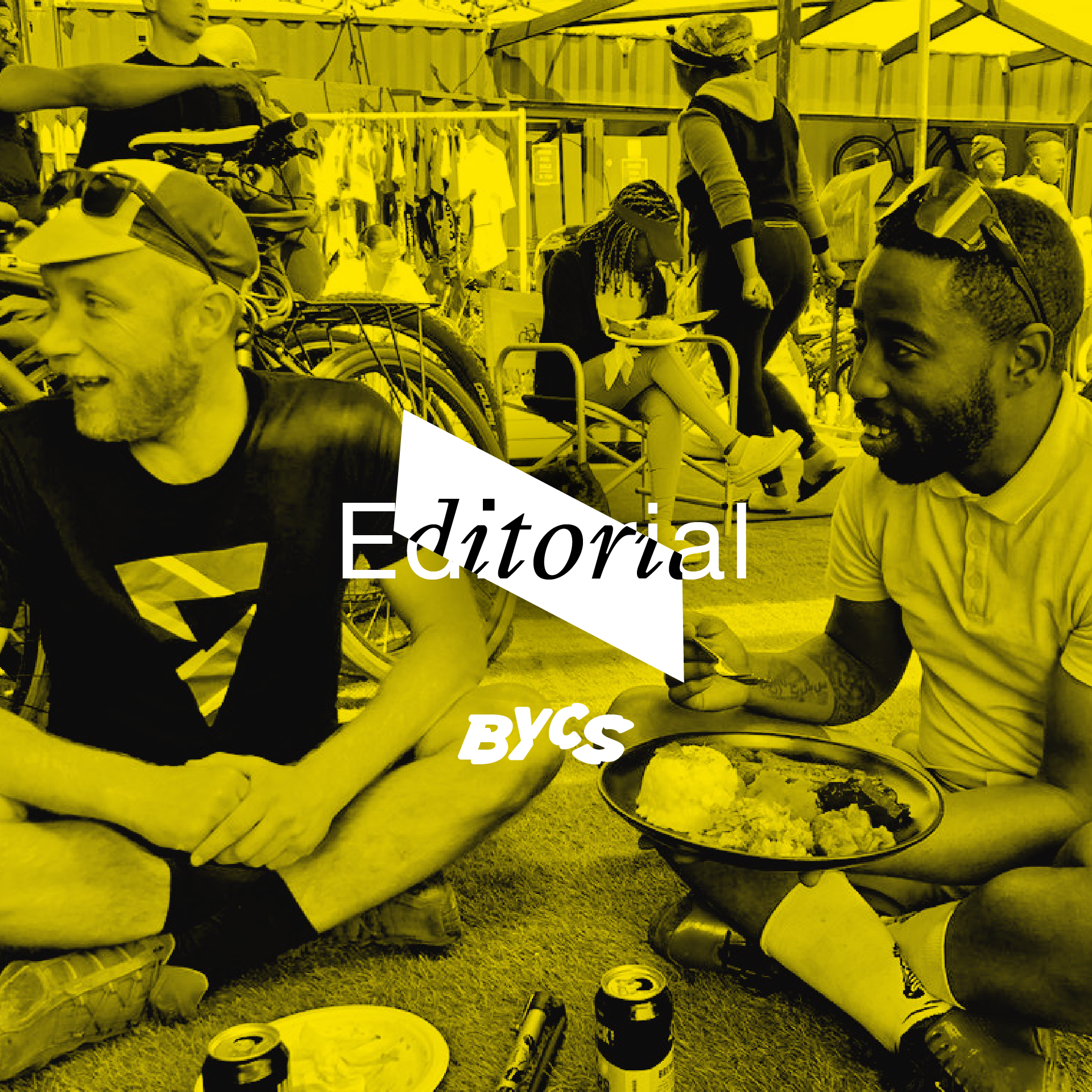 James Crossley is BYCS’ Creative and Communication Manager, and is passionate about finding alternative routes into cycling advocacy that make use of popular culture. This editorial touches on some of the opportunities, and pitfalls of connecting competition with commuting.

In myriad social contexts throughout the world, there exist many different barriers facing the uptake of cycling. When advocating for inclusive cycling uptake, a common barrier is the perception of cycling as purely recreational. This view, compounded by other systemic issues of sexism and classism, limits the potential of cycling to create positive urban change by relegating it to a child’s toy or pursuit of white men in lycra.

The interviews in this Perspectives issue however, put forward the argument that there is a place for sport in advocating cycling for transportation. What matters is the mission on which sport is based, and the methods with which it is implemented. Sport is desirable, inspirational, and attractive. It has a draw that road safety awareness campaigns struggle to match. What might at first seem like an entirely unappealing pursuit (riding up muddy hills in the rain for example) is instantly catapulted to aspirational status thanks to the thrum of competition, celebration of achievement, and the marketing furore that surrounds athletes. One figure who is exploiting this theory of change to its fullest is Dr. Amit Samarth, Bicycle Mayor of Nagpur, and ultra-distance cyclist. Speaking to him about the drive and impact behind efforts such as the Golden Quadrilateral, he impresses that not only does being an international athlete inspire the public to take up cycling (vital in an country that stigmatises the bicycle as a poor man’s transport to be avoided), but it inspires policy makers too. The credibility of gold medals means he is able to interface directly with Nagpur administration, advising them on their transport policy.

Along with the desirable appearance for individuals to be involved with sport, comes the desire of organisations, businesses, and even states to share some of that shine by association — through marketing. Some staggering facts here include the estimated revenue (predominantly thanks to advertising and sponsorship) for the Tour de France at up to $150 million per year, and the cost of an Olympic Medal (a nation’s crowning sports achievement) in cycling for the UK equalling £4.5 million. in the USA, cycling advocacy programmes carried out by Outride Foundation take sports & community focused funding, bridging recreation and everyday mobility during the time of sport lessons in schools. Making the connection here between physical activity and physical mobility enables this space for education to benefit children, while shaping more inclusive and healthy communities. These benefits go far beyond physical activity, by highlighting a topic that might usually struggle to find space in a syllabus, especially in a car-oriented country like the USA.

Where working with youth is often seen as a first step in successful cycling advocacy for an individual, the same can be said for sport, with intended advocacy implications beyond any race. In speaking with Sindile Mavundla, the role of sport cycle is treated as a gateway for cycling for mobility, in the township of Khayelitsha, South Africa. Through the racing team he now manages, he has seen individuals who would never have considered picking up a bike to ride to the market or school now proudly doing so after exposure to cycling through sport. For an activity that is predominantly seen as done by white, rich, male demographics, seeing young Black and brown people in a bike race instantly transforms the perspective of other people of colour, especially children. Starting with sport makes cycling more accessible for many demographics thanks to more widely understood structures surrounding it.

Cycling for sport however does come with challenges. Pitfalls can be found in recreational cycling being siloed and not connected to riding outside of organised competition or pure training. Sport has also traditionally upheld long standing sexist, racist and elitist ideals, limiting participation and funding to small demographics of privileged men in the Global North. However, at both the highest levels such as with the 2022 resurgence of the Tour de Femmes, that can inspire a generation of young women cycling, and at more grassroots levels including those mentioned in this article, cycling for sport has a place in advancing the awareness, ridership and diversity of cycling for mobility.

We always try to look at cycling advocacy with an open mind, striving to break barriers in whichever way best suits local contexts. Whether it is a celebrity cyclist in India breaking preconceptions about the potential of cycling, or funding for kids across America to first gain interest in cycling in gym lessons — the potential for sport to open up cycling for a range of communities must be recognised and amplified.