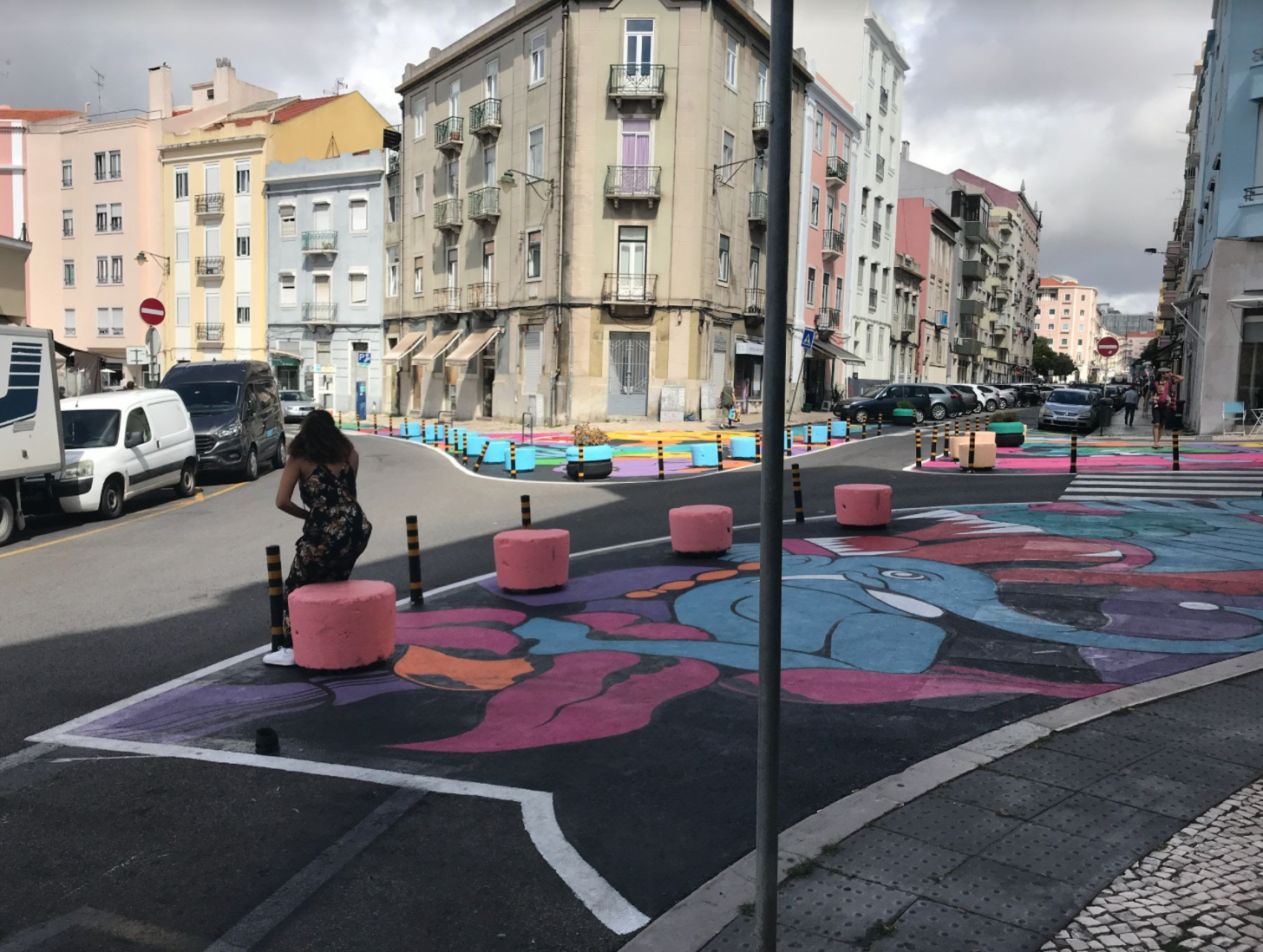 Alex Baum, BYCS’ Global Networks Manager, recounts his experience of the return of in-person events for Velo-city 2021, in Lisbon.

Attendees at this year’s Velo-city conference felt something that many have not felt in months – the power and inspiration of an in-person event. From the opening plenary to the closing ceremony, the organising committee provided attendees with a jam-packed agenda of presentations, panels, plenaries, technical visits, and social events. With the entire conference hosted inside one massive pavilion within the Feira Internacional de Lisboa, networking and connecting came easily for attendees. Having everyone in one large space was made possible by the use of Silent Room Technology, which allowed attendees to tune in to different sessions and languages, without moving seats and with the click of a button.

On the first day of the conference, I had the pleasure of presenting on “Becoming a Cycling Cities for Infants, Toddlers, and Caregivers” as part of the Diversity of Cyclists session. The presentation emphasised the importance and benefits of incorporating the cycling needs of these groups into cities’ planning, policies, and programs and provided some initial steps to get started. Fellow panelists spoke about teaching migrant women to cycle in France, understanding the mobility patterns of diverse groups in Austria, and serving the growing group of food delivery bike share users in Brazil. In addition to this panel, BYCS was represented on panels by Bicycle Mayors from Coventry, Rome, Lisbon, and Porto.

One of the important benefits of Velo-city is to give the host city the chance to show how great a cycling city they are, and, as a consequence, help to push cycling change forward. Lisbon certainly did not disappoint, both inside and outside the conference center. Local elected officials, planners, policymakers, activists, and industry demonstrated many of the strides Lisbon has made to become a cycling city while acknowledging how much work remains. During technical visits and the bike parade, attendees also got to experience first hand the hard work that has gone into these changes but also the struggles that persist. Planners from the city took a group of attendees to the Mercado de Arroios, a vibrant area with food sellers and cafes that has long been plagued by car domination and haphazard parking. Working alongside residents and merchants, and using tactical urbanism, the area has blossomed into a safer and people-centric gathering space.

Attendees had a number of reasons to celebrate, especially given the boost cycling has seen during the COVID pandemic, but many also felt an urgency to accelerate and scale their work, given the increasing challenges resulting from climate change. While cities like Paris have seen a rapid increase in cycling, places like the Netherlands and Denmark, as described by Klaus Bondam, Director of the Danish Cycling Federation, are seeing a surprising decrease – roughly 25% – particularly in youth cycling. All the more encouraging, then, to hear about work related to cycling to school in places like Slovakia, which is encouraging parents to not let their children become ‘autoholics’, and, in Lisbon, where parents are banding together as ‘bicycle buses’ to allow children to cycle in groups together to school.

Diversity, the theme of the conference, was also on everyone’s mind and the main focus of many sessions. One session in particular, cheekily titled “Not another gender session”, featured an all-star line-up of women in cycling. Marianne Weinreich, Market Manager of Smart Mobility at Ramboll, was quick to point out, though, that despite the title, conferences like Velo-city could benefit from more sessions, even a main plenary, directly tackling questions about gender and other sensitive topics. Sessions focused on women, children, caregivers, and the elderly emphasized the need for ensuring that everyone in society has the awareness, education, and access to cycling, in addition to safe infrastructure, in order to make cities healthy, happy, and sustainable. Certainly lots to think about and work on for attendees between now and June 2022 when Velo-ciy will be hosted in Ljubljana, Slovenia. We look forward to seeing everyone there!