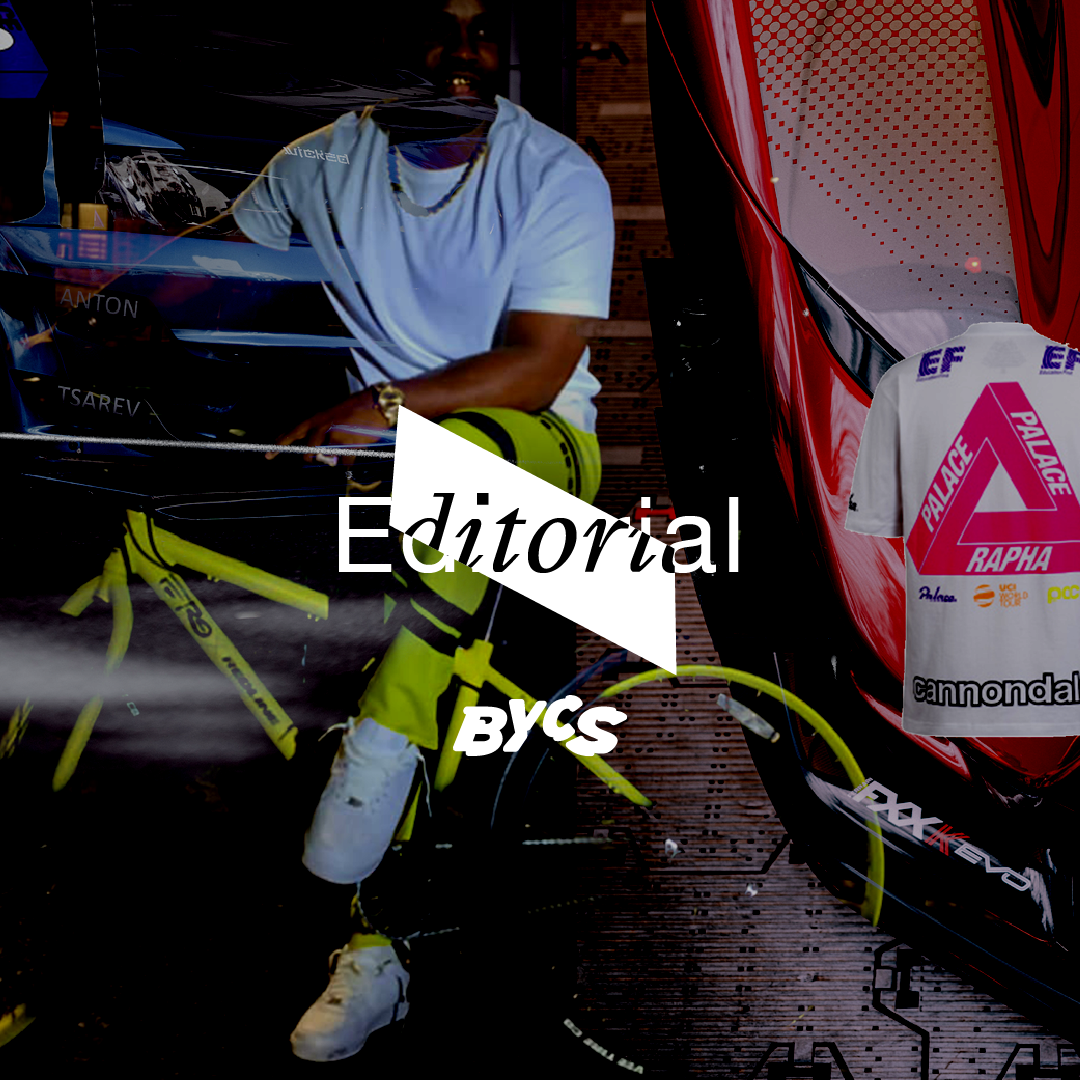 James Crossley is the Creative & Communications Manager at BYCS.

Cycling is increasingly hailed as one solution to many issues our cities are facing, including pollution, struggling economies and inequitable access to transportation. The best way to increase cycling’s modal share is by building well designed and inclusive infrastructure to support it. However, despite minimal costs in comparison to other transport investments, advocacy for the right government spending can be challenging. This is due to the fact that demands for safe cycling infrastructure can be perceived as coming from a small yet vocal group, and that the broader population is hesitant to start cycling, especially without the right infrastructure in place.

Therefore to increase cycling rates where infrastructure is not already in place we need to turn to other methods that make the desire to cycle immediately apparent. We can change the perception of the bicycle, both with tools like municipal advertising, and also by turning the bicycle into a status symbol, embedding it in popular youth-led culture.

In the quest to create demand for the bicycle, it is perhaps both surprising and obvious that part of the answer may be found in the automotive industry. At its advent the car overtook the bicycle as an embodiment of freedom, power, wealth, and therefore social status. The more impressive the car, the more impressive the man; and high performance racing is the pinnacle of this phenomenon. Where the auto industry’s genius lies is that their marketing has created a link between this elite strata of driving and the average person’s 3 door hatchback. By driving any car one is not just driving, but taking a place on the conveyor of social status that reaches all the way up to champagne soaked Formula 1 drivers in Monaco. In essence, racing is an incredibly effective marketing tool.

For cycling too, racing is currently where the big marketing budgets and exposure are concentrated; however there is a lack of conversion of this brand influence into the realm of cycling for mobility. Where car racing engages with popular culture at large, and it’s not uncommon to see a racing car in an advert for a regular car, cycle racing often remains insular and stubbornly elitist. Although there is marketing for urban ranges of bikes, it is kept separate (and disinteresting for many demographics) from that of sport and recreation. It’s unsurprising then that the public, young people especially, don’t look to bicycles as a mobility with any real social currency on the streets, but to cars and motorbikes instead.

Recently however, this dogma is being tackled by a skateboard brand and an innovative marketing effort. Through 2020 EF Pro-Cycling Team collaborated with skate collective turned high fashion brand Palace. They set off a proverbial paint-bomb in the peloton by launching their eye-catching new kit like a streetwear drop. This new collection turned the eyes of every hypebeast onto the Giro d’Italia which usually wouldn’t garner a glance. Making the connection here between bicycle racing and popular youth-led street culture has the knock-on potential to open minds to the idea of a connection between bicycle racing and bicycle mobility. It takes a more status based version of cycling onto the streets, and enables the bicycle’s entry into the cultural consciousness of this new demographic, shifting from irrelevant to aspirational. 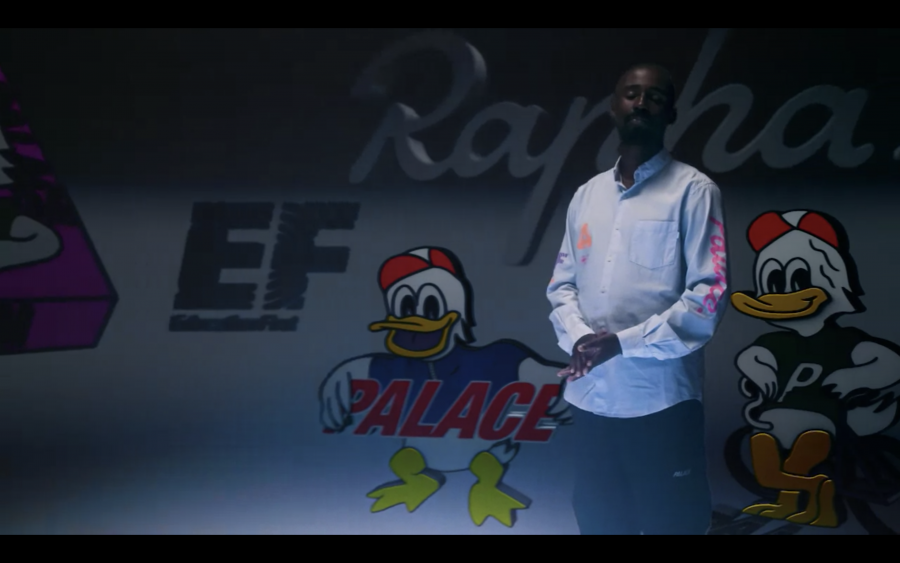 Alongside streetwear, enormous influence on youth opinion and habits comes from the arts, particularly music. Stereotypically displaying clout with flashy cars, cycling has been creeping into the zeitgeist of hiphop in recent years. Artists such as Loyle Carner and A$AP Ferg have released videos centred around riding bicycles; and a recent Frank Ocean song literally opines the brilliance of biking. It could be argued that much of this is in pursuit of a nostalgic aesthetic rather than the promotion of cycling as a sustainable transport solution, but embedding the bicycle in contemporary youth culture is an important step towards making it desirable.

A further step has been taken by Tyler the Creator, another hiphop artist. He is not only known to be a fan of cycling to get around, but is actively using his creative platform and influence to encourage it. His brand Golf Wang collaborated with SE bikes to release the Golf Flyer, instantly increasing the desirability of the bicycle and nudging the idea of owning a bicycle as a status symbol rather than a car into the consciousness of his fanbase.

A Platform for Empowerment

Using celebrity platforms for empowerment is a strategy well demonstrated by the basketball player Lebron James. Going further still than Tyler the Creator’s brand collaboration, James has founded UNINTERRUPTED, a media platform that champions young Black voices and athletes who want to do more than just play. It connects them with creators who want to share knowledge, and companies who want to harness the power of the people for good; all wrapped in the shiny skin of a lifestyle brand. It has already produced some powerful work for causes including saving the endangered Leimert Park in Los Angeles and school outreach programs in disadvantaged neighbourhoods.

Platforms like this are consciously fighting for social justice, and leveraging cycling to achieve a vision of mobility justice. Young people today are more attuned to politics and sustainability than ever before, and mobility’s part in our right to the streets is becoming an increasingly visible and politicised issue.

At the beginning of 2020 Lyft seemingly had the same thought. They worked with James and UNINTERRUPTED to promote their bike-share service with a new campaign called LyftUp. Based on the statistic that “40% of Lyft rides start or end in low-income areas”, the campaign film opens with James’ deep voice speaking the lines, “You might think it’s just a bike. But you’d be surprised how far it can take you.” By working with James through UNINTERRUPTED the brand strategists are positioning the bike as a tool for social advancement, for freedom and for opportunity; and simultaneously giving bike riding social credit. This led to impressive results, with 13,700 people signing up to ride bikes by March 2020. It is easy to be cynical of a multinational tech giant like Lyft dressing marketing as empowerment, but in today’s world, time is running out for other avenues to have the potential to achieve a similar level of impact. 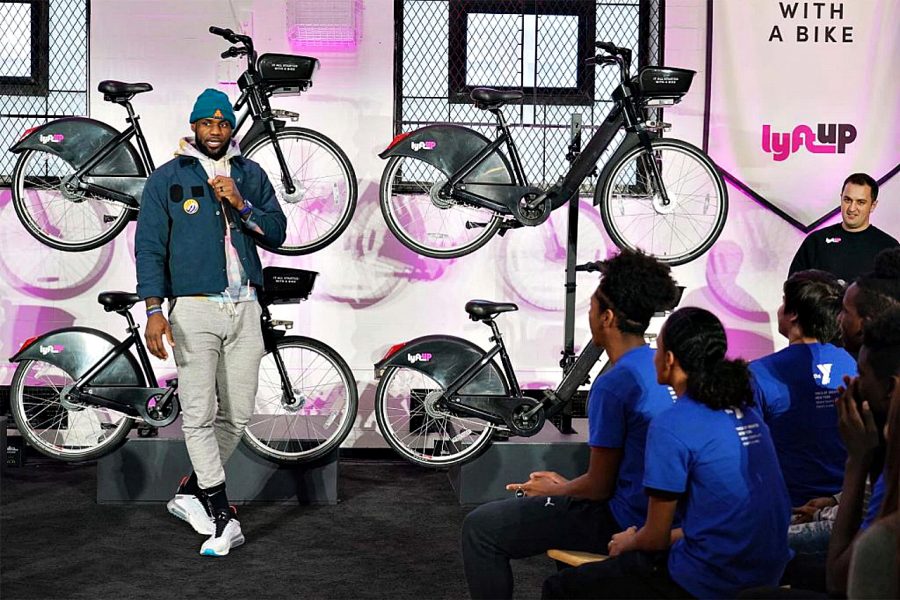 Image: via article The Habari Network

Humans are, for better or worse, irrational creatures. However this apparent flaw doesn’t have to be a negative—without it we might never challenge the (currently car-centric) status quo to achieve change necessary to survive, let alone thrive. At present, it’s absolutely true that there are cities in which to cycle is not unreasonably seen as irrational due to traffic danger, pollution and inconvenience; but people still get on their bikes and pedal every day, despite a lack of supporting infrastructure or services. To push investment in more infrastructure, and get more people cycling, we need more irrational people getting on their bikes in the first place.

The impetus to do something irrational can be ignited when that thing appears desirable. If cycling becomes a status symbol embedded in aspirational popular culture, particularly that which is created by and for the youth, it is more likely to be adopted en masse. The resulting expanded audience of risk-takers and forerunners set trends for the rest of society to follow. This bolsters the overall demand for cycling and subsequently for infrastructure to create an equitable cycling environment for all demographics.

A focus on perception of cycling is therefore an urgent step in the journey to mass popularisation. The modal shift that cities need to thrive won’t happen any time soon without an engineered shift in this intangible realm of cultural influence.