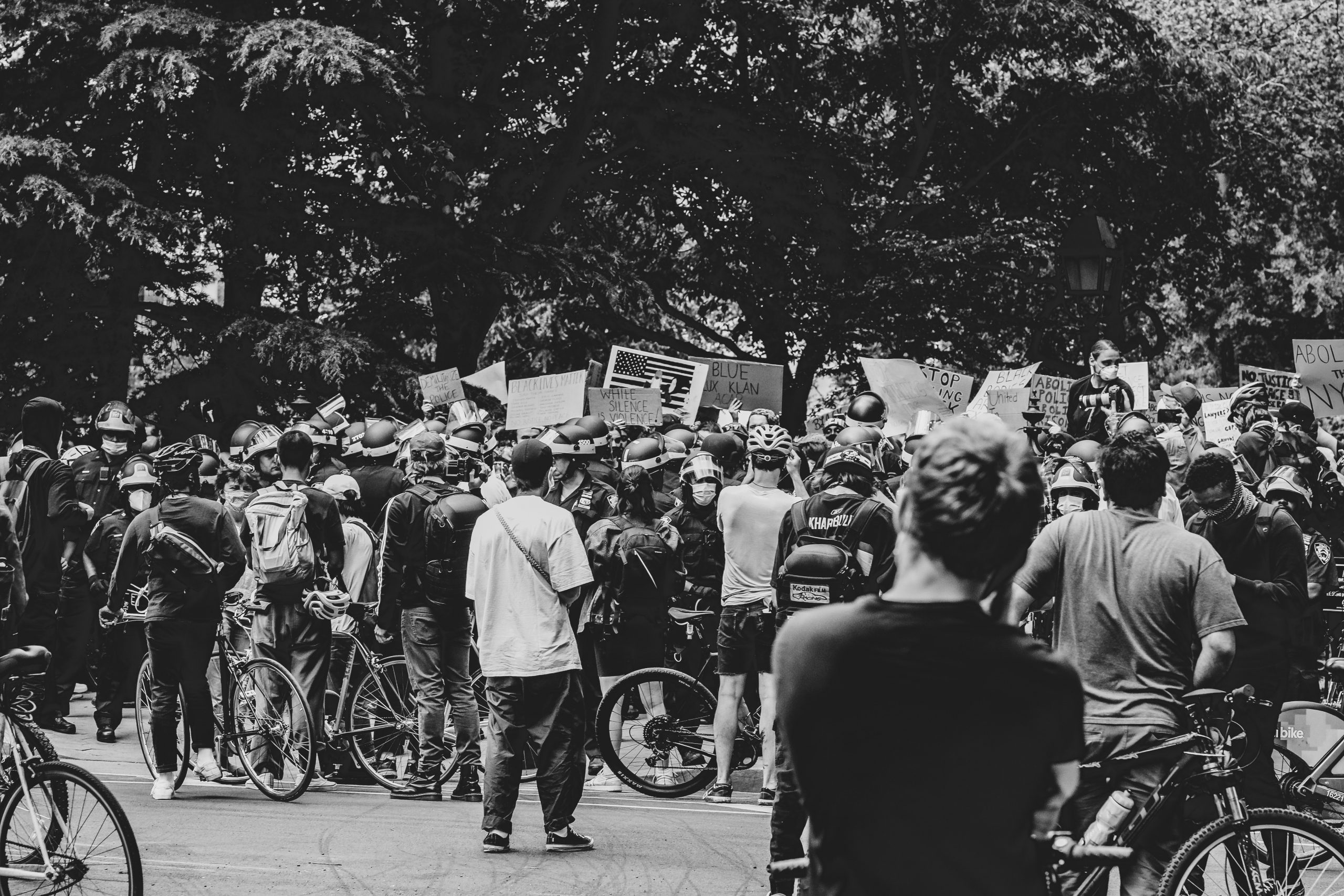 James Crossley, BYCS’ Creative Strategist, explores the changing dynamic of cycling as activism in a world that provides both too much and too little alternative to active mobility. You don’t need to be at a protest to be protesting as an urban cyclist.

The rise of automobility, to the detriment of spaces for cycling, walking, and public transportation, has profoundly highlighted how cities have long catered to the elite. Due to such ostracisation, riding a bicycle in many cities today has become an inherently radical act that challenges the car centric planning paradigm. This radicalness can be broken down into several factors such as the voluntary position of vulnerability on the road, the rejection of the car as a status symbol, and the embrace of mobility’s role in creating an urban commons. 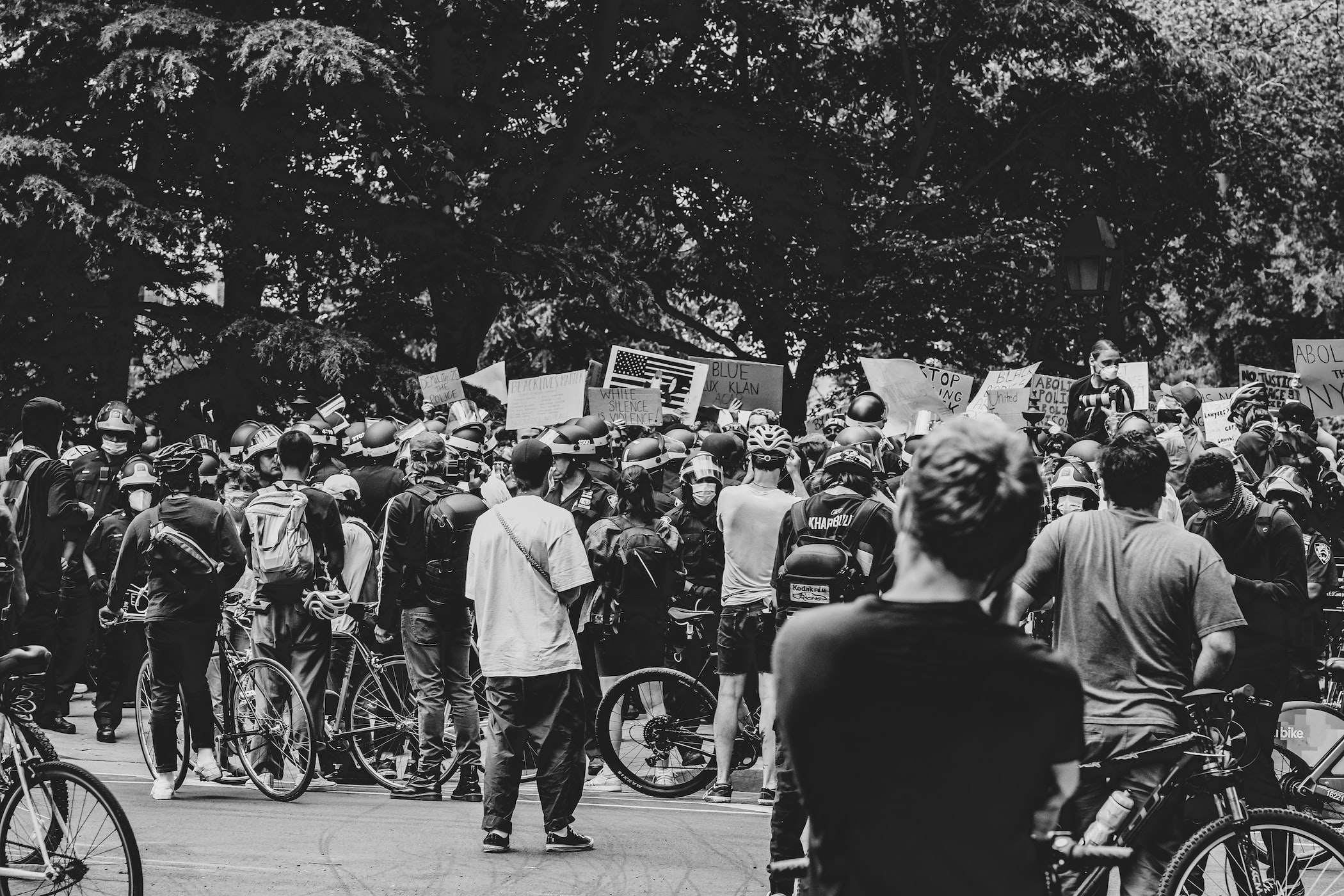 Throughout the twentieth century our urban spaces have been built and rebuilt to be havens for driving. Wide and fast roads, treacherous junctions, and fractured neighbourhoods are difficult and dangerous to navigate even when inside the glass and metal armour of an automobile, let alone while cycling. This phenomenon is exacerbated in low income areas which are simultaneously more likely to have a greater share of people cycling to get around out of necessity, and a lower share of infrastructure and programs to safely support this ridership.

When someone makes a voluntary choice to cycle despite the danger, this is a choice to put oneself in a position of vulnerability. While usually vulnerability equates to weakness, when that vulnerability is voluntary it becomes a challenge to a biased and inequitable mobility system that idolises strength and power. It questions ingrained urban hierarchies that too many take as scripture, and in doing so shows solidarity with those who cycle in adverse conditions for lack of other options.

While it’s perhaps not as shocking as Bernie Boston’s photo of a protester placing a flower in the barrel of a soldier’s gun at an anti-Vietnam war protest in 1967, the image of human cycling hope in the face of brutal automotive cities arguably strikes a similar chord.

Automobile centric urban development enables the status symbol of the private car to garner even more status. To own a car is a public demonstration of one’s wealth and an active distancing of oneself from the “dirt” of the street and the burden of self-propulsion. The pervasiveness of this construct has led to the ostracisation of, and decrease in people cycling in many geographies, stigmatised as a poor person’s method of transport.

Choosing to ride a bicycle despite this societal pressure is a rejection, even if unconsciously, of arbitrary and damaging classist bias.

Not only does the Netherlands have the world’s highest cycling rates, but this ridership is crucially also the most egalitarian of any country. Riding whether rich or poor isn’t looked down upon, so when the rich do ride bikes they reinforce a narrative that rejects the need to display wealth with a car at the expense of others’ health, safety and our environment.

Bicycles bringing societies closer together, and this comes to the fore when looking at the effect cycling has on social interactions. Whereas a car might enable more extensive travel, it is at the expense of a genuine connection with the outside world. The bicycle’s openness and human scale enables true interaction with one’s surroundings. This includes anything from tiny gestures to short exchanges of words. Leyden (2003, Social Capital and the Built Environment) writes that the

“…brief (seemingly trivial) conversations can help to encourage a sense of trust and a sense of connection between people and the places they live.”

The bicycle therefore encourages cross-cultural cohesion, and enables people to connect outside of their own social bubbles. In today’s cities where perceived lack of safety is met with increased policing rather than increased community support, this can be seen as a radical approach. Stepping out of a car and onto the street shatters the pernicious wall of perceived safety a car provides and builds a true platform that supports human connection.

Co-option of the Bicycle

These arguments for riding a bicycle may seem ideological, and it is important to acknowledge when these ideals are not realised. Although only making up a small segment of people on bikes, a cohort of mostly white male cyclists are responsible for blurring the lines between gentle mobility and aggressive, and privileged sport. This behaviour makes it easy for anti-cycling media to score attention grabbing headlines which dampen the potential of the bicycle as a tool for equality for everyone. Of course there is nothing wrong with cycling for sport, but a racing mentality and thick film of lurid lycra spilling into quotidian use is detrimental to overall cycling perception. It serves only to alienate people from picking up cycling, and makes other street users distrustful of people on bikes in general.

White privilege affords increased visibility. On a systemic level, this elevated visibility (both literally and in the media) reinforces the myth that cycling is acceptable only as a white middle class endeavour. Simultaneously, systemic racism discriminates riding while Black or brown. A study by the Chicago Tribune in 2017 found that over 60 times as many citations were issued to people riding bikes in the majority African American, low-income area of Austin compared to the neighbouring white, wealthy Lincoln Park.

These circumstances make it difficult to achieve a more diverse ridership. With fewer role-models for people of colour, the bias continues to be perpetuated. The League of American Bicyclists’ paper The New Majority states that:

“African Americans were more than twice as likely as whites (38% vs 14%) to agree that their perception of bicyclists would improve if people on bikes represented a ‘broader cross section of Americans, such as women, youth and people of colour’ in their community”.

Therefore, although every body on a bicycle increases cycling’s presence on the streets, unless systemic inequalities in mobility are tackled head-on by those in positions of privilege, the positive effects of cycling will continue to exclude those who would benefit most. The privileged must go beyond just altering their riding behaviour in small ways, and instead must take larger and more active steps. People on bikes in cities are part of a movement, whether they mean to be or not, but just being part of something is not always enough. 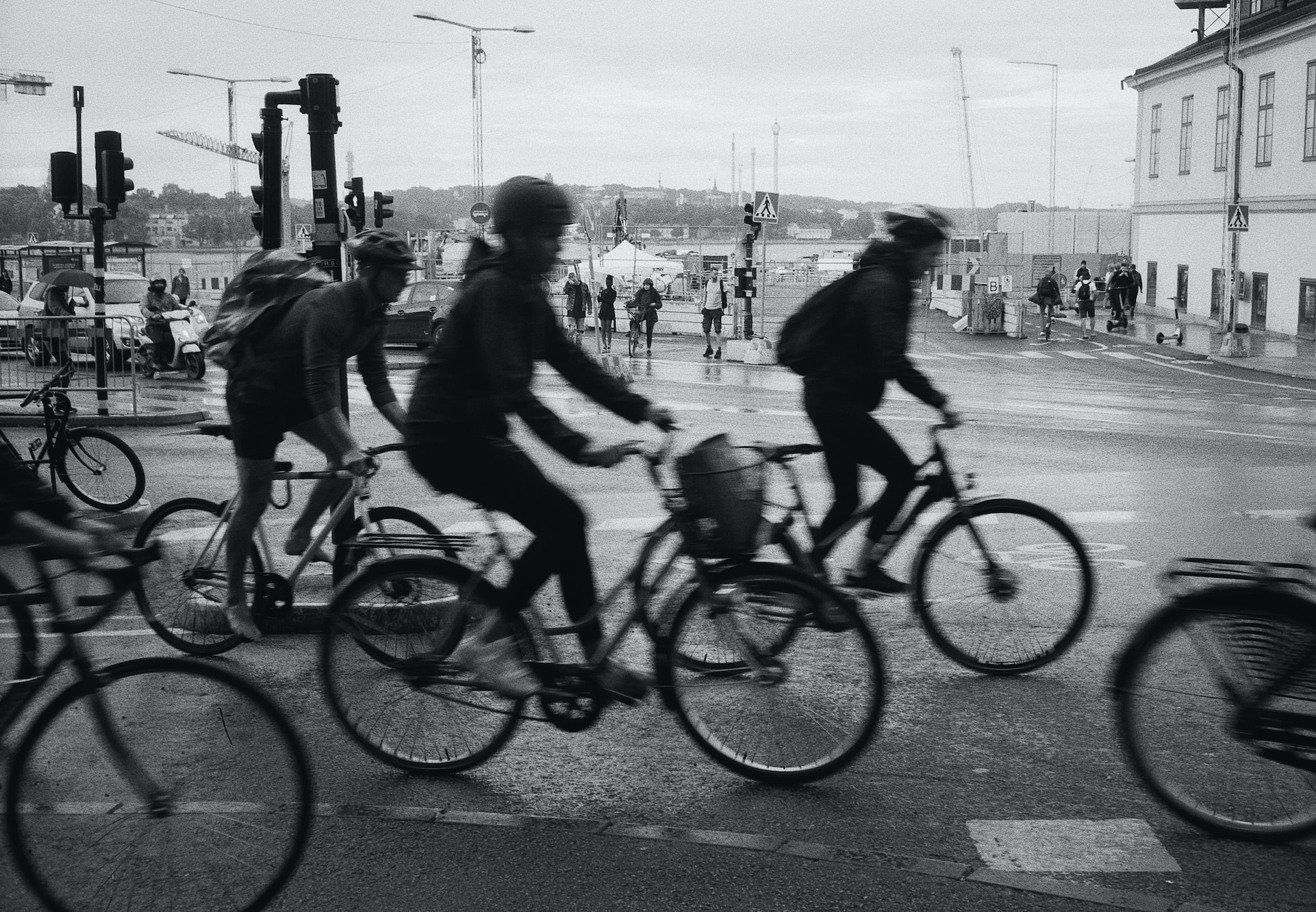 Ultimately, riding a bike challenges ingrained ways of thinking. While it is understood to take a certain level of physical and mental resilience to ride a bike in the city, it also involves making a social and political choice. This is apparent when examining concepts of cycling as voluntary vulnerability, a rejection of automobility and associated social status, as well as embracing community building and solidarity.

With a history of actively fighting the status quo through the centuries, from Kittie Knox in the 1890s to Critical Mass’ inception in the 1990s, cycling’s increasing momentum today is coming from people just getting on their bikes and creating organic demand. The COVID-19 pandemic has illustrated this worldwide as demand has been met with emergency infrastructure and programming helping to catalyse cycling’s uptake. Purposeful programming, policy, support and advocacy is of absolutely needed to build on this moment and for those in positions of privilege, should be a responsibility written in stone; but the battle for change for everyone is also constantly being hard fought by all those who get on their bicycles daily and ride.