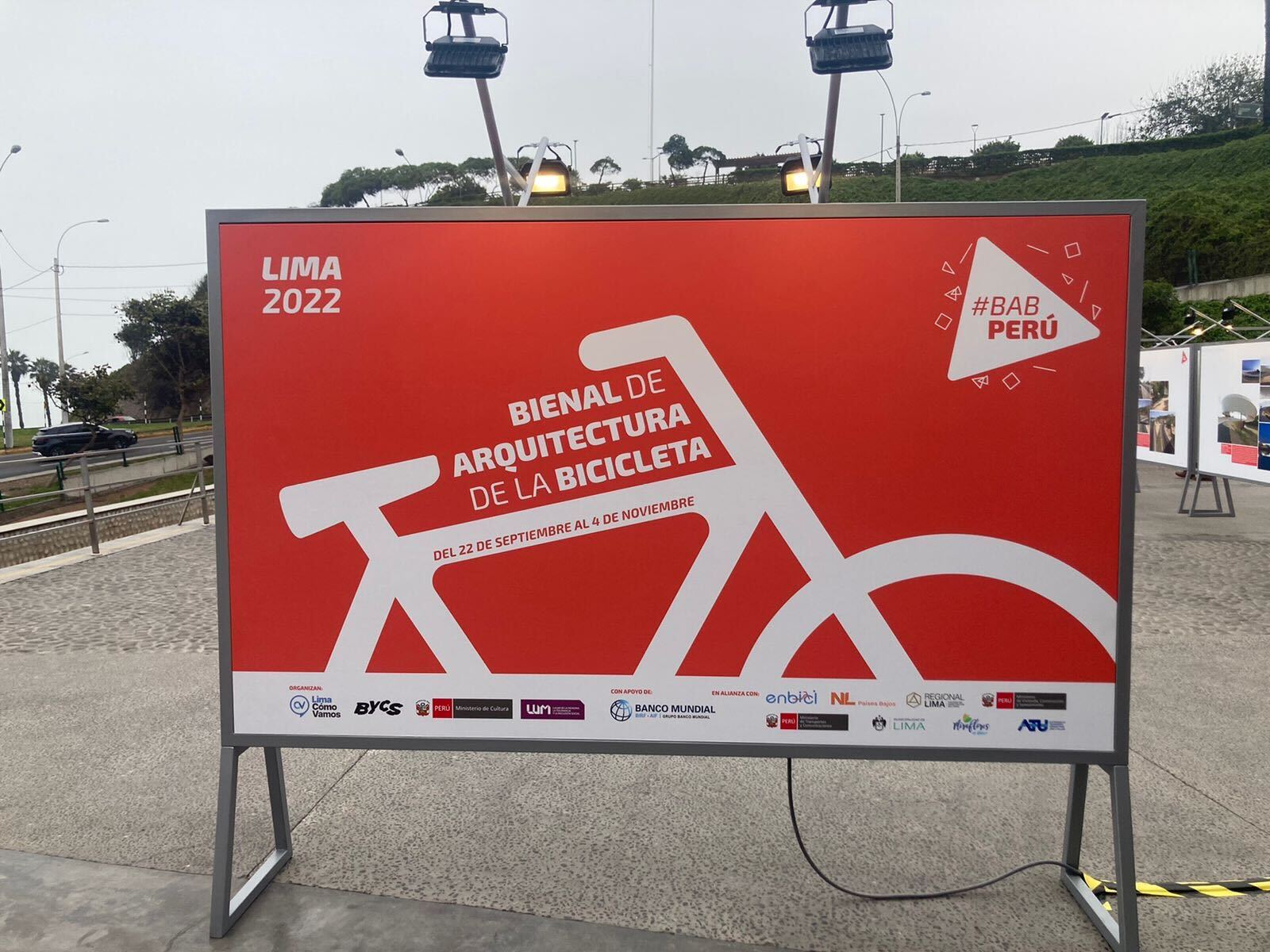 Lucas Snaije, Research & Advocacy Manager at BYCS, writes on the Bicycle Architecture Bienale in Lima, and the supporting initiatives and organisations that have made it a success.

This week marks the end of the Bicycle Architecture Biennale in Lima. Held at the spectacular Place of Memory, Tolerance and Social Inclusion (LUM) over the past month, the exhibition reflects the strong impetus towards cycling mobility in the Peruvian capital, and can be seen as a microcosm of the multi-sectoral collaboration needed to advance change in our cities.

Made possible through the support of the World Bank, the BAB Lima was coordinated and developed locally by the Lima Como Vamos observatory, and the LUM, as well as the Peruvian art critic and curator Jorge Villacorta . More than a BYCS Program that is simply implemented abroad, the exhibition was always intended to be contextualised locally and revolved around a number of activities by local stakeholders. 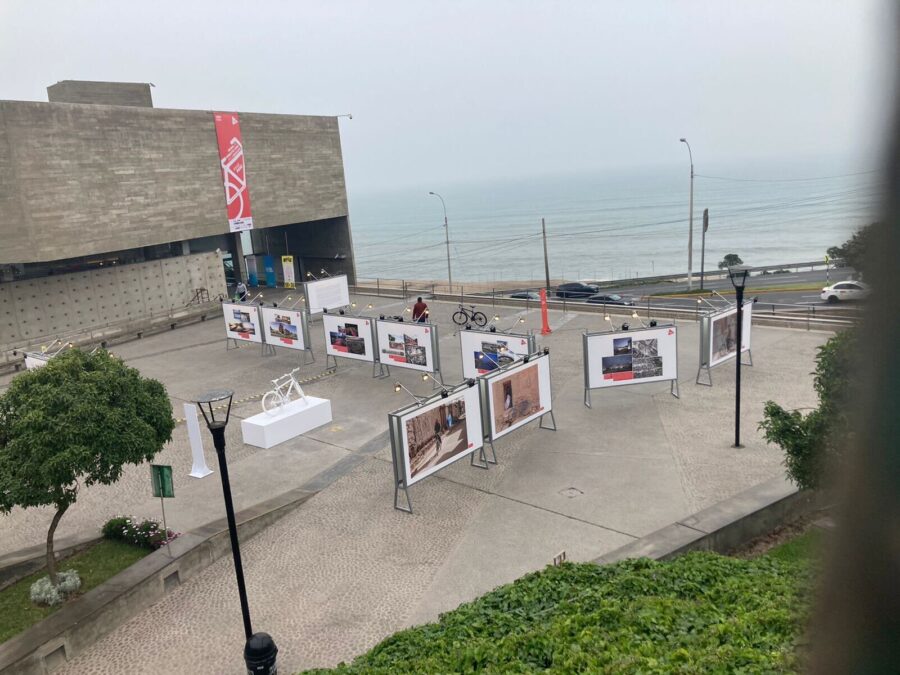 The exhibition involved a diversity of partners such as En Bici, the Embassy of the Kingdom of the Netherlands in Lima, the Ministry of Transport and Communications, Ministry of Housing, Construction and Sanitation, Metropolitan Municipality of Lima, District Municipality of Miraflores, Association of Architects of Peru, and the Urban Transport Authority for Lima and Callao (ATU). This broad coalition shows the alignment of a large diversity of stakeholders in highlighting the importance of cycling for the region.

Lima Como Vamos organised a constellation of activities that surrounded the exhibition, ranging from critical mass rides, online webinars, lectures, and design competitions. One such example was a large bike ride organised for the community in which hundreds of people cycling took over the streets of Lima. The design contest, “La bici y sus dobles” was also launched, a sculpture/assembly/supercycling/design contest aimed at artists, designers, architects and others, in order for them to develop new creative proposals that value the bicycle from diverse perspectives. The event also culminated with the announcement of a new representative Bicycle Mayor Network for the city, Nilton Lopez. 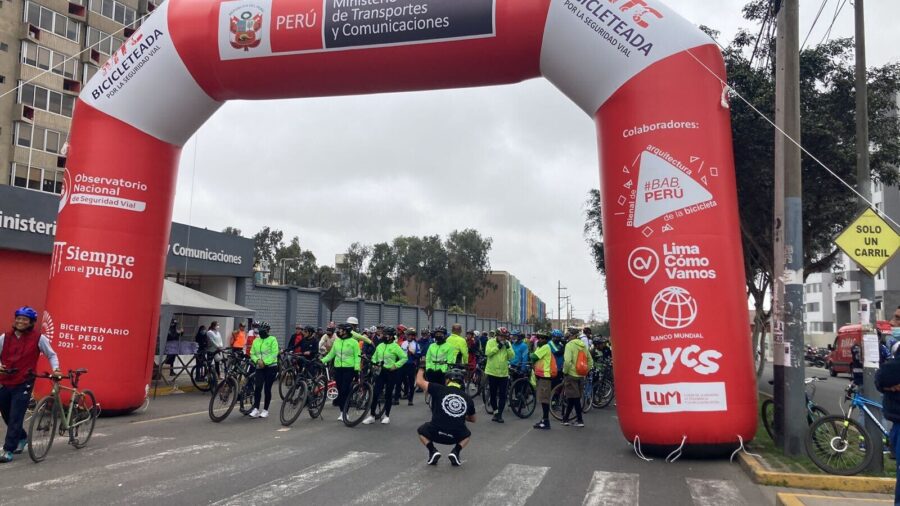 This high degree of involvement and participation from several sectors engaged in the promotion of cycling ensured that the proposed designs resonated with the local context of Lima, which has been making strides in supporting active travel.

Lima indeed made waves in 2020 when it announced that as part of “pedalling against the pandemic”, 301 km of bicycle lanes would be added in Lima and Callao and integrated into the current network of bike lanes. This strategy was developed in order to complement public transport systems, and encourage active travel as a form of physical distancing. The temporary pop-up bike lanes were also announced to be replaced with permanent infrastructure over time, doubling the existing cycling infrastructure. The World Bank has also notably developed a bicycle strategy and infrastructure plan for Lima and Callao, that pays special attention to the integration between cycling and public transport.

Further projects implemented by the city of Lima to promote and increase active travel in the city include the ‘Al Damero de Pizarro sin Carro’ project, banning cars from transiting through a large portion of the historical city centre on every Sunday. To achieve this 68 blocks are closed from 9am to 3pm, adding up to 15 km of public streets. This initiative attracts over 120,000 pedestrians and 1,400 cyclists per month. 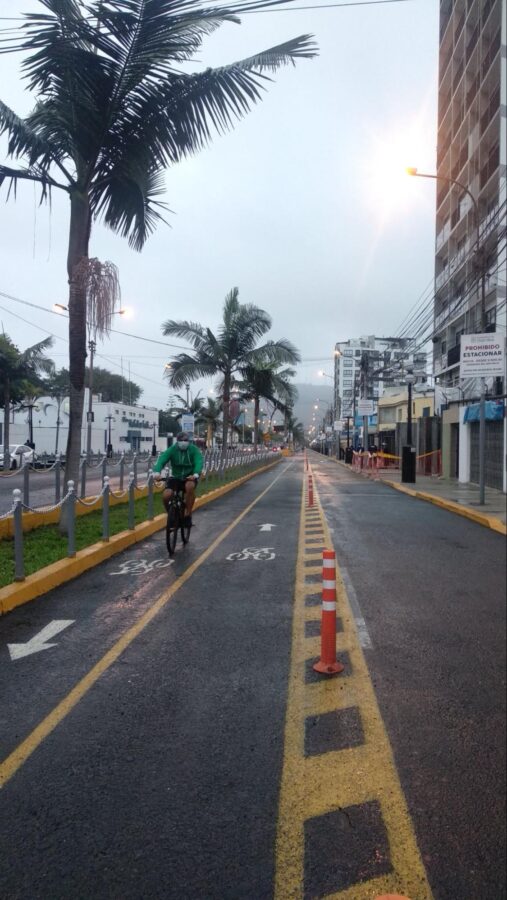 Over the course of 2022, Lima was also a participant city in the Latin America Cycles (LAP) initiative, spearheaded by the World Bank, in partnership with BYCS. LAP formed the beginnings of a new community of intersectoral cooperation to support the use of bicycles in an inclusive, multicultural, universal, and integrated manner through the distribution and exchange of knowledge and experiences among Latin American cities.

All these factors contribute to signalling a real desire from various stakeholders to leverage cycling as a tool for a healthier, more resilient, and inclusive Lima. Continuous collaboration promotes cycling cultures and a better built environment through events such as those mentioned in this article, resulting in Lima starting to position itself as a regional example of positive mobility action and policy.