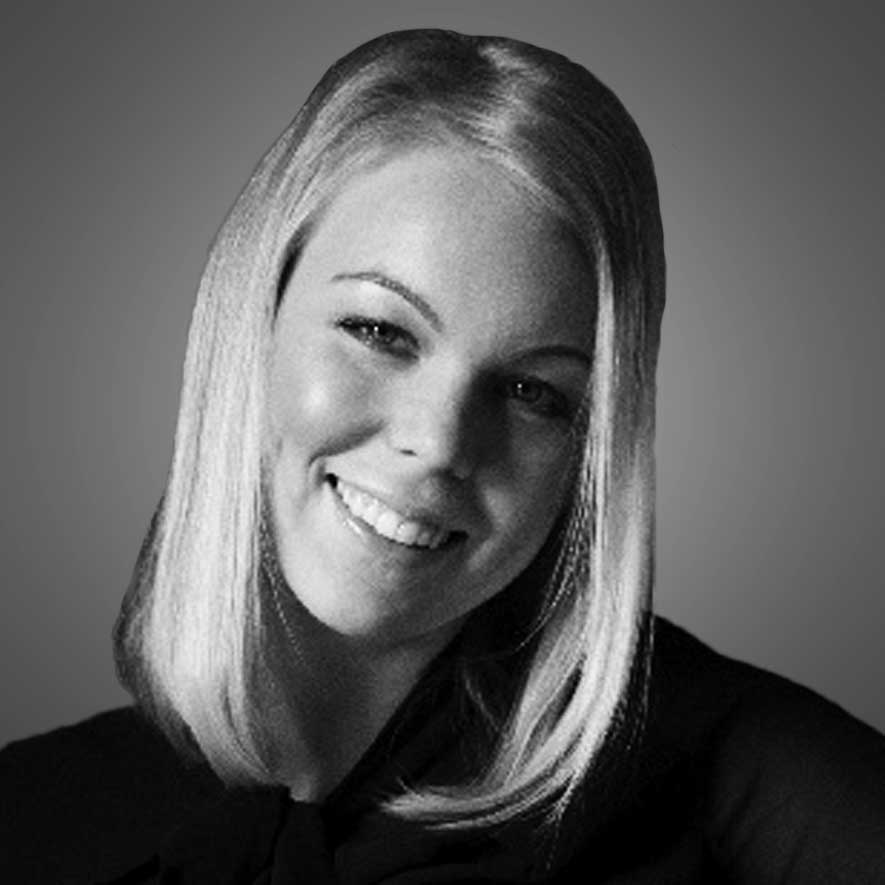 Barbara Stoll is the Director of Clean Cities Campaign, a coalition of grassroots groups, NGOs, environmental and health organisations, campaigning for zero emission mobility by 2030. Primarily their work takes place in Europe with primary activity in 14 countries. At the time of writing the coalition has just implemented their newest project Streets For Kids in 230 cities across Europe.

Please could you give a brief summary of the Streets For Kids project?

Streets For Kids is a project aiming to create as many School Streets as possible in Europe. The long term goals is for all streets in front of schools to be School Streets by 2030.

School Streets are streets that are closed for traffic, at the very least during pickup and dropoff hours, but ideally always closed.

An important benefit of this is improved air quality. Children are heavily impacted by air pollution, which can lead to cognitive disabilities, lung development issues, and a whole suite of other negative impacts. By closing these streets to traffic children can breathe clean air for the large part of their day, and safely play sports and games outside.

These streets also have a broader impact on safety, as children are disproportionately victims of road traffic collisions. School Streets help make these spaces safe for children to play, walk, ride their bicycles, all without the fear of being hit by a large vehicle.

In a wider sense, School Streets are a fantastic way to shape the mindsets of all people. The increased ability for parents, teachers and caregivers to take children to schools on foot, bike or scooter, enables them to see a tangible increase in health, wellbeing and mood.

Active travel helps get people out of their cars and into the mindset of doing more without this automotive burden.

These benefits are convincing, but could you elucidate on the reasoning behind this tactic being chosen for the campaign, rather than any other changemaking method?

Anyone who has worked in transport campaigning knows that this is not the sexiest or simplest topic, which makes it difficult to rally public support. People also attach a lot of emotion to their cars. Cars become an extension of the family, they represent freedom, they represent quite masculine values: fearlessness, speed, power, and in many societies the car is an important status symbol.

This challenge also varies per country. In Italy for example, car ownership is higher than anywhere else in Europe, the fleet is old and polluting, and at the moment clean alternatives such as EVs are still not widely available or affordable. That’s without even touching on the fact that swapping from a petrol to an electric car only solves a small part of the issues of cars in cities, such as the inequitable allocation of public space.

Streets For Kids is a way in, to start to start to talk to people about considering alternatives to cars. It can create an opening even with the toughest audiences, because everybody agrees that children should have a healthier, safer and better way to start, spend and end their days.

A secondary reason is that we are involved with Low Traffic and Zero Emissions Zones, and School Streets are basically a version of a Low Traffic Zone. They are an entry level project for the public, and if we get support for these streets then we can go a step further, and help people demand better cities, where more public space would be closed to traffic and opened up for clean alternatives.

School Streets can shape how people view their surroundings and their mobility, and really have the potential to start the transformation that we need to see across society towards fair and safe urban environments. 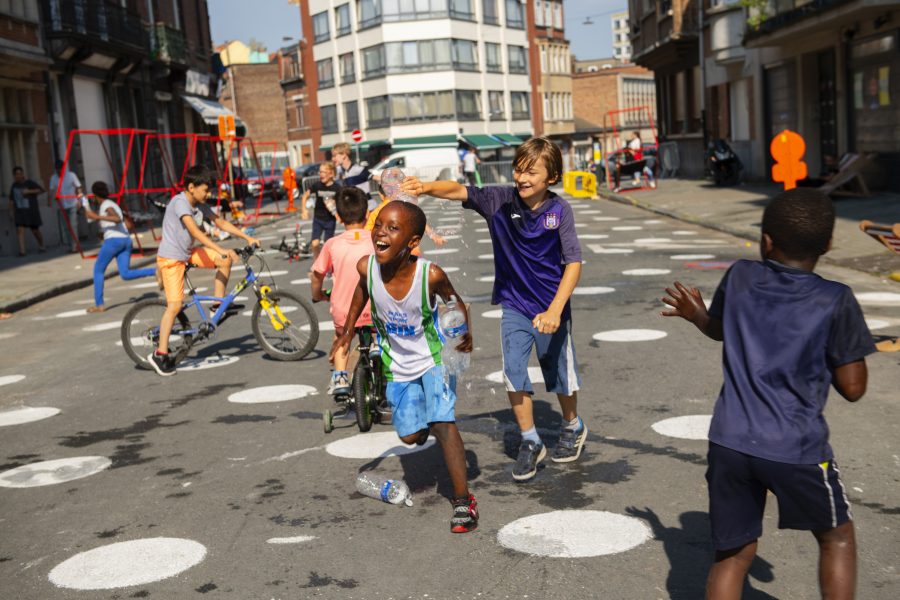 There has been some criticism of School Streets, along the lines of them being divisive in their use of children as activists. Have you had to respond to this during the project?

Not particularly no. Our experience so far is that people have loved this project. We don’t force anyone to take part, so the mobilisation for this and getting people engaged is totally voluntary. If someone doesn’t agree with the aims, goals or method, they don’t have to do it. They take part because they want to, they see the value. So much energy can be created, and it’s fantastic that already at school age we are able to educate children in a light-touch way about the benefits of active travel. During our European Day of Action the joy was palpable.

If we start early enough then this generation will grow up to always value that, and potentially they won’t be as dependent on the car as adults in society are today. So no, no negativity, children really enjoy it and are happy to take over their surroundings.

Clean City Campaign relies on partners and volunteers across Europe. What kind of challenges and opportunities does that present you as a coalition?

The diversity of partners that we have in the Clean Cities Campaign is a strength and an unique proposition. We are a coalition that is made up of many different kinds of organisations from very different cultures. Sometimes people outside Europe see the continent as homogenous, but from the inside, and being personally bilingual and part of different cultures, I feel that we are all very different. Europeans are not one size fits all, and that adds to the magic.

Of course this also presents challenges, but the differences between groups have to be bridged. We achieve this by constantly reminding everybody to see the bigger picture. We need to decarbonise transport completely by 2030, and we need everything and everyone onboard. There is not time to fight.

I used to work as a campaigner in the renewable energy industry, and in the beginning the solar and the wind people could never get along. It was quite striking for me to see how much energy was lost here, when the big fight should have been against the fossil fuel industry.

The same applies here, whether walking or cycling or public transit, there is no one thing better than the other, and we need all of these solutions to get to where we need to get to.

Building and spreading an unified message is key for the success of a Clean Cities Campaign. How do you ensure that communication turns into action?

We understand what it takes to move decision makers, and at the core of everything we do is a power analysis and a situation analysis. This means we know who we need to move in order for an issue to be implemented.

With School Streets it’s clear who the main decision makers are: of course City Leaders and Mayors, but School Principles are very influential players in city politics scenes. If they band together with parents under a movement, like asking for School Streets, there is no reason why Mayors wouldn’t listen to them. Of course it varies city-by-city, but ultimately we understand who can flip the switch in the direction we want, and what will make them listen.

Right now with Streets For Kids we’re trying to get some of the participants to email their Mayors to request that these temporary School Streets be implemented quickly and efficiently. Really all that’s needed is some signage, it’s not a big infrastructure change. This with public education and some initial enforcement are small asks, which are more likely to turn from communication to action. 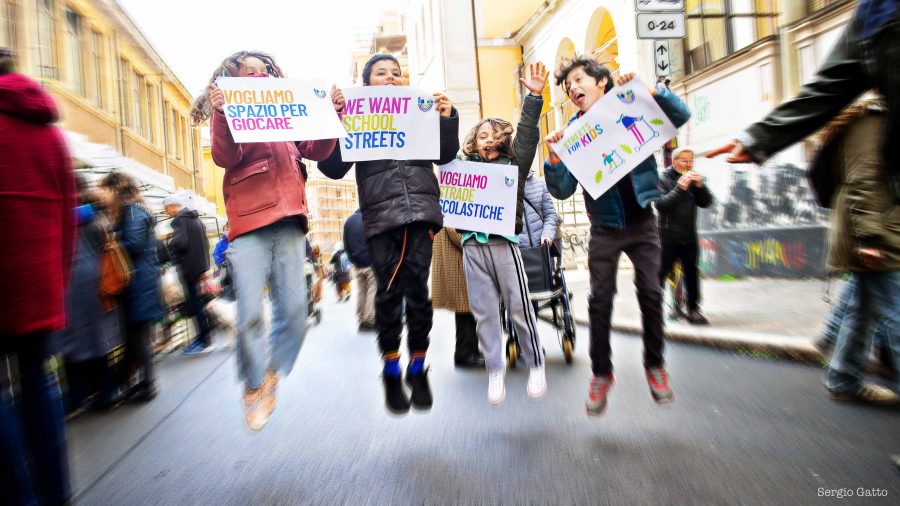 What’s next for Clean Cities Campaign?

The Clean Cities Campaign has a lot of ambition at city, national, and European levels. For the Streets For Kids campaign we’re already thinking about an even bigger mobilisation in autumn. In the meantime we are trying to make gains in some of the cities we’ve worked in this time round, so that by next school year some of the temporary School Streets will be permanently implemented.