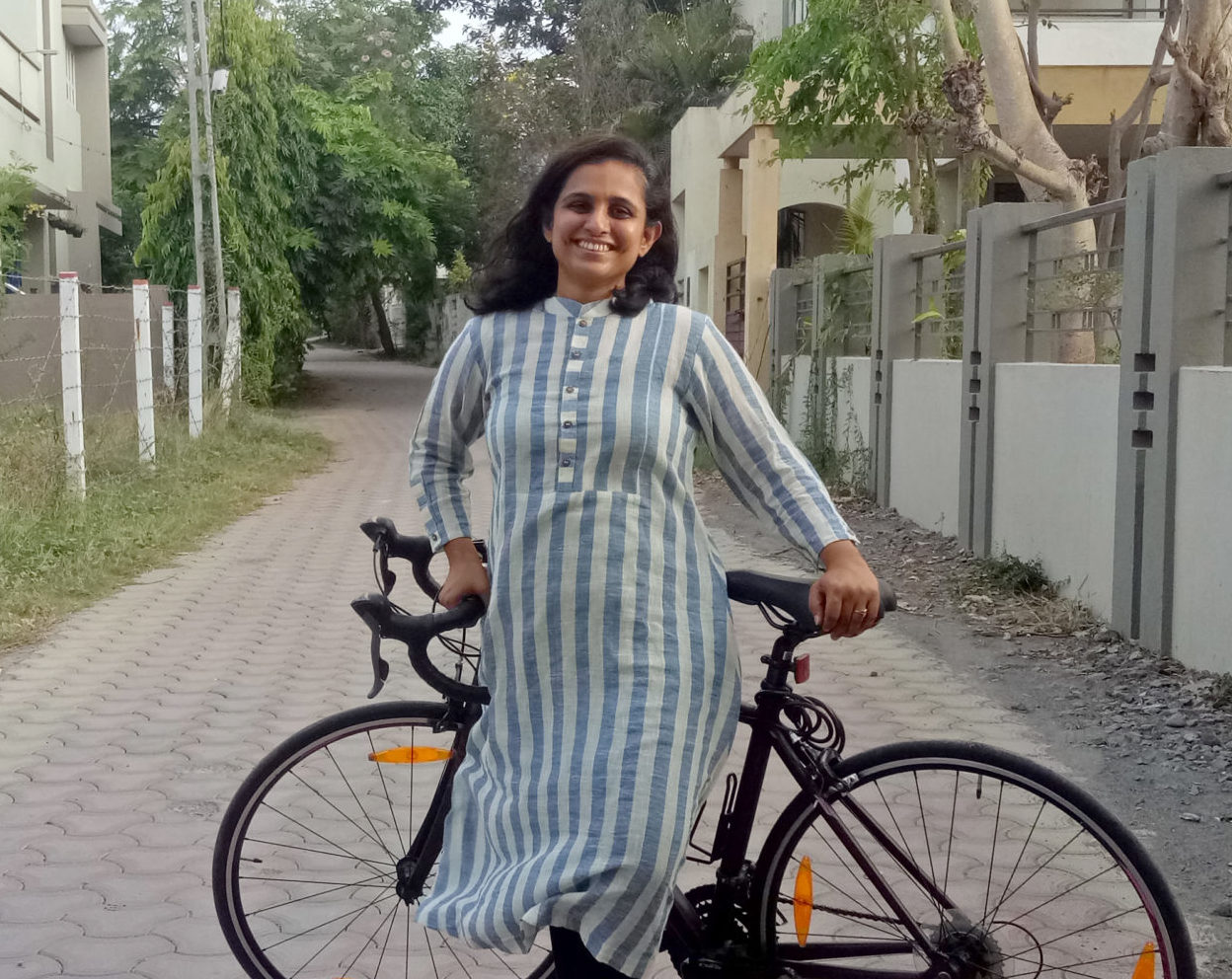 Dr Bhairavi Naik Joshi is Director and CEO at the BYCS India Foundation. With a vision in mind to see India transform into a cycling nation, she came up with the idea of setting up the BYCS India foundation, which is being supported and implemented by BYCS.

Bhairavi is a dentist by profession and has been in practice for 20 years. She is also the former Bicycle Mayor of Valsad, Gujarat, India and has been instrumental in bringing a cycling culture to her city. She believes that if cities are fit for children to cycle and walk, then they are safe for the entire community. Among other cycling activities, she has introduced a “cycling curriculum” which has been adopted by many schools as well as other Bicycle Mayors.

She has also worked towards several social causes. She initiated the Mango Children’s Literature Festival, which has published 34 books by children, as a way to promote creative thinking and writing among children. Her published works, “Fuel Your Thoughts”, a self-help book for women and “Ozone Saviours”, dedicated to cycling culture, are some of her most notable accomplishments. Throughout her career, she has been recognized by various private and governmental entities for her social efforts. Bhairavi is also a TED speaker and has spoken at various urbanism conferences such as Australian Cycling and Walking Conference 2018 and India Cycling Festival 2018.

About BYCS India
We are very pleased and proud to announce the creation of BYCS India. The foundation is being set up with the goal of aiding the work of nearly 50 Bicycle Mayors operating in India, each of whom have made great efforts to promote cycling as the preferred means of transport in their cities. Their actions are crucial to reaching BYCS’ mission of half of all city trips by bicycle by 2030.