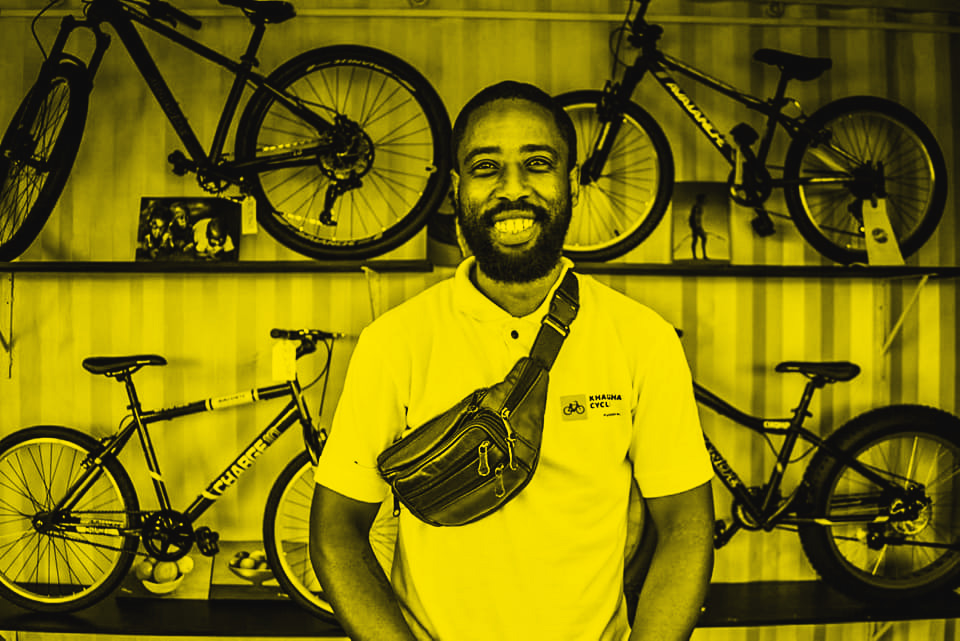 Sindile Mavundla is the Bicycle Mayor of Cape Town, South Africa. This role compliments his work as a bicycle entrepreneur, in which he runs a series of bike stores in Khayelitsha. It was here, in South Africa’s largest township [settlements originating in Apartheid era South Africa, segregating non-white people outside of city centres] that his love for cycling originated, and is now being tasked to improve quality of life for many.

Please could you talk a little about your role as Bicycle Mayor in Cape Town?

My role as Bicycle Mayor contributes to the overarching strategy in terms of moving forward with cycling business in the city. Part of that is to look at how we can speed up the progress of not only mobilising, but also uniting, all the players in Cape Town who are advocating for cycling. We want to say:

“Hey, we can form a working group here. Instead of working in silos, we can work all together into making an impact and creating a cycling agenda that the Bicycle Mayor can then push forward for.”

The title of Bicycle Mayor itself is actually quite interesting because as soon as you say you are the Bicycle Mayor of Cape Town, and that you represent the population, everybody listens to you. Where before I would introduce myself as the Managing Director of Khaltsha Cycles, nobody used to listen to me that much, despite my message being the same.

Could you speak more on Khaltsha Cycles and the area Khayelitsha, and contextualise the initiative?

The word Khayelitsha means new home. Its legacy is as an apartheid era informal settlement, which was created to move Black people out of the city and into slums. They were brought by train into the central business district to work, and transported back out of the CBD to sleep.  Evidently, as time went on, people started creating and developing the space into what is now the second biggest township in South Africa. It’s the biggest township in Cape town, and the fastest growing township in South Africa. The conversation now is what it means for Khayelitsha to become its own city.

In the past 10 years, there’s never been any cycling culture in the area. A few people were using bicycles, mostly for business purposes as plumbers, electricians; individually owned micro-businesses with bicycle scale transport needs and budgets.

When we came in as Khaltsha cycles, my dream was to share the excitement and the joy and the freedom that I get on bicycles with other people.

We started the initiative Learn 2 Cycle Class, inspired by the previous Bicycle Mayor Lebogang Mokwena, who said to us, “take the cycling skills, go to Khayelitsha, and teach people how to ride”. And that’s what we did. We started offering free cycle classes. The majority of the people that joined those classes were women, which was really exciting because in my culture, Black culture, women are conditioned and told that they can’t ride bicycles, they can’t play soccer, they can’t play roughly, they can’t drive cars, or drive buses. So now we have these young and old women come to us and say, “I want to learn how to ride a bicycle. As a girl child back when I was seven years old, now I’m 54, I had a dream of owning a bicycle. I had a dream of one day I ride a bicycle.”

Khaltsha cycles was born because once a person learns how to ride a bicycle, the first question they ask is “where do I buy one”. We saw a business opportunity that was selling bikes. From selling bikes, it started to grow, and so did our aspirations. We have now developed a bible for how to open a bike shop in a township. We want Khaltsha cycles to be a model, as it has a potential to be a success in any township in South Africa.

Recently you established a cycling team, could you explain where that fits in with cycling and empowerment in Khayelitsha?

We currently have a network of 250 members [Khaltsha affiliated riders], and faced the challenge of entry into sports. We made a very conscious decision to try to change the face of cycling, getting more people of colour involved. To achieve this we started Cycling For All, our nonprofit arm. It is comprised of a female only cycling club. We felt that women in sports are underrepresented, especially women of colour. We started with a girls club during the school holidays and we invited girls from various schools who were very keen to learn how to ride. We taught them how to reach the level of — and also how to see themselves — representing South Africa in championships. The challenge is accessibility, the Tour de France is a long way away, which is why we embraced the trend of e-sport cycling, working with Ashleigh Moolman-Pasio, who’s the first world champion of e-sport cycling.

Do you see e-sport and competitive cycling as a tool to make cycling a more desirable activity for many? How are you able to promote this?

When youngsters see their peers cycling, they increasingly want to ride bicycles for sport and other purposes. We are able to mould this energy into understanding the value of the bicycle. It’s important that young people know you can get from point A to point B, but it’s short distance recreational riding that opens this up. Understanding that you can move whenever you want and however you want to. It’s up to us, and other cycling academies in Cape Town, to direct that energy also towards commuter cycling. 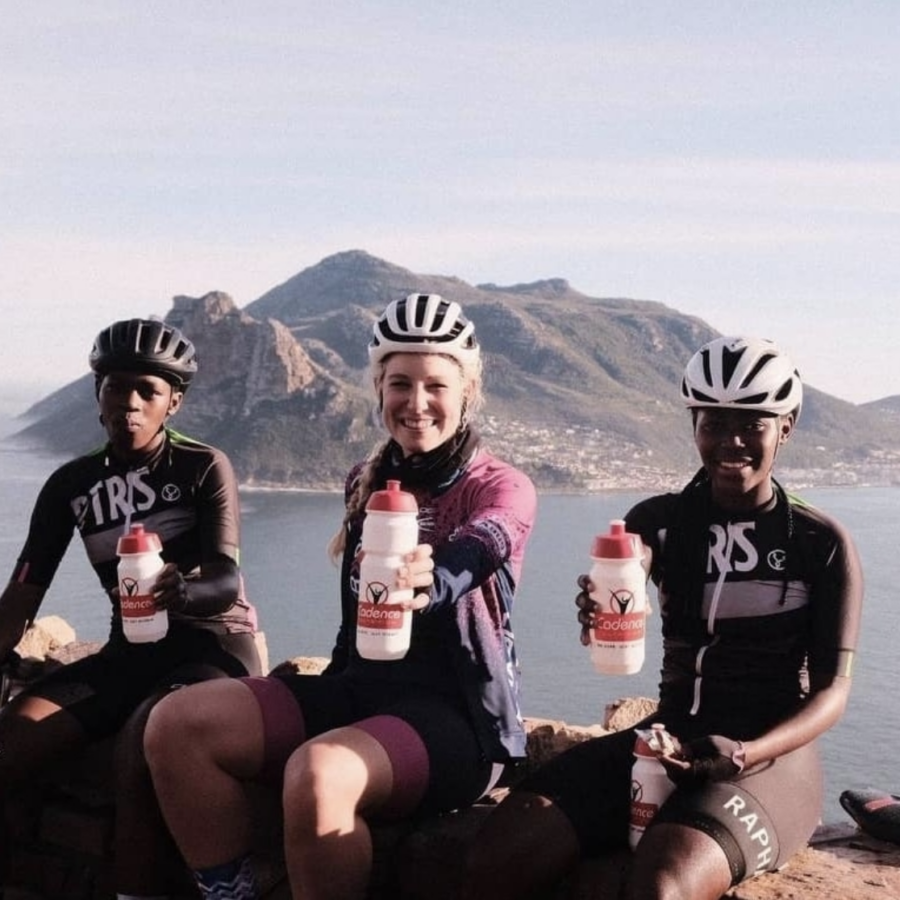 Your role in Cape Town is as a coalition builder, involving other bike shops and strengthening cycling cultures including, through races. Is the goal to make cycling more visible in the city?

Exactly. The two are linked. If we don’t encourage people to take up cycling to start riding more, events and sports lose out because there are no new riders looking to get involved. It goes both ways.

How optimistic are you feeling about the future of active mobility cycling in Cape town, and particularly Khayelitsha?

There’s a massive shift happening. The cycling scene is full of young energy, whereas five years ago it was older people, still advocating for cycling, but now there’s a shift. Myself and friends of mine want to bring everybody together in one space and demand an agenda for Cape Town for the next five years.

Our government is full of young politicians, including the Mayor of Cape Town who is only 35 years old! I have councillor friends who are 33. This generation better understands active mobility, and wants to see a city that embodies that instead of cars parked everywhere. They want this for themselves, their families, and the city. I think we are going in the right direction.

My parting thought would be that cycling in all forms can work together, it doesn’t need to be split. We need environments conducive for recreation, and spaces for new cyclists to ride in the city. Let’s use both streams to strengthen one another.