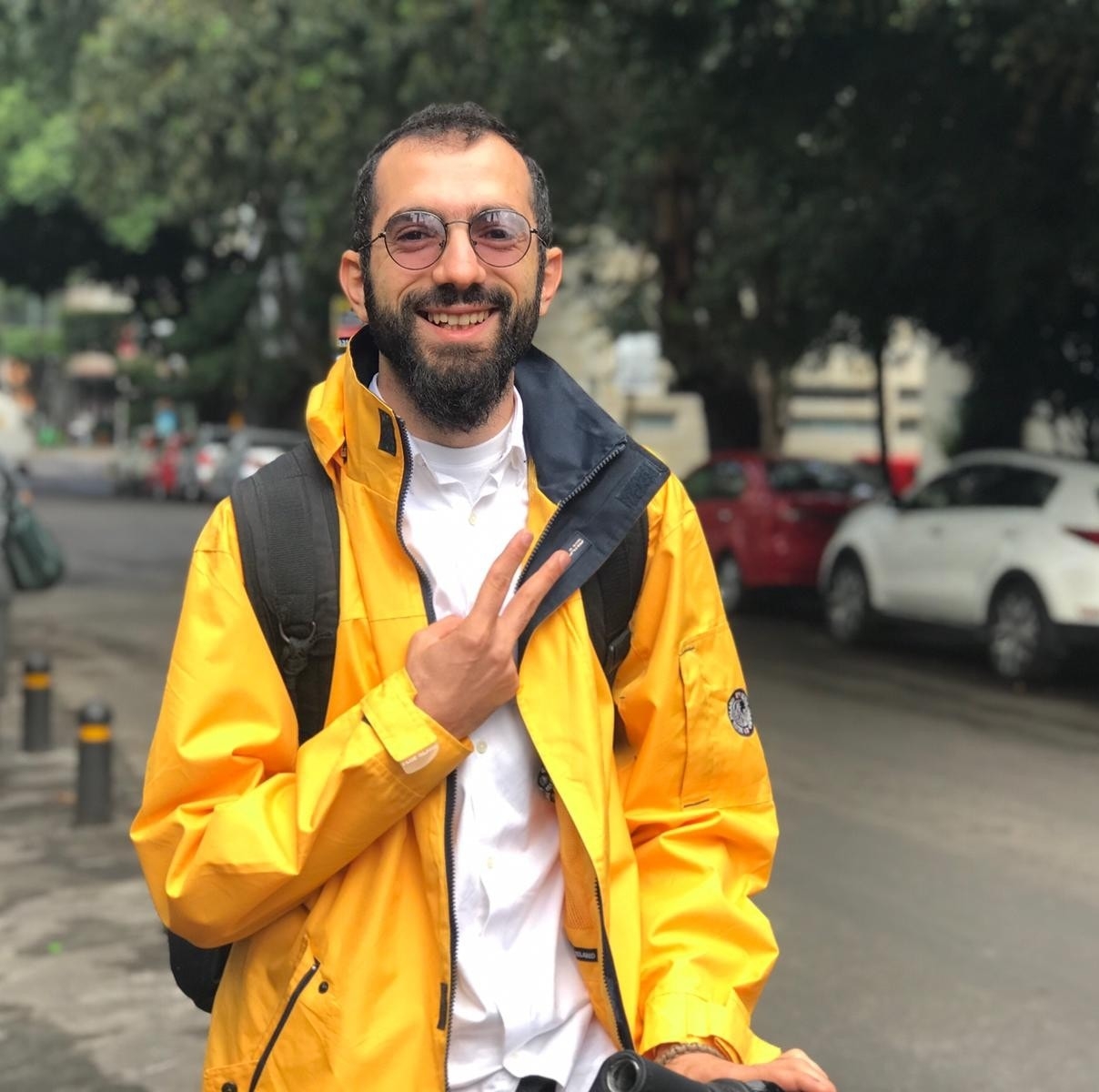 6 min read.
Natheer Halawani is an accomplished photographer, bicycle advocate and engineer from Tripoli, Lebanon. His work focuses on national major events, social issues and visual story-telling. Since 2019, Natheer was appointed as the Bicycle Mayor of Tripoli.

How did you become involved in bicycle advocacy?

I’m an engineer by training, but on the side I’m a photographer and I’m more known as a photographer in my community. A lot of my work in photography revolves around social causes, for example working with homosexual communities or women empowerment groups. In 2014, I started a project called “Eves on Wheels”, depicting women who were actively cycling in their community, breaking the taboos, rules and regulations.  Lebanon is quite conservative, especially outside of Beirut. A lot of progress has been made, but back in 2014 things were not so comfortable for women cyclists. Throughout the project, I worked with 25 women. It got quite famous in Lebanon and similar projects began popping up in cities across the country. Today we have something called Girls on Wheels in Lebanon, that is the culmination of this prior work.

At that stage, people began to know me as the face of photography and cycling in Tripoli. By the end of 2017, I had to stop the project due to time and financials. It had served the purpose and I had to move on to something else. I had heard of Philippe Dagher joining the Bicycle Mayor Network in Beirut and I thought it would be a great fit for Tripoli. Tripoli is a flat city, it’s relatively small, perfect conditions for cycling. I worked with the BYCS team at the time who did some research and contacted the Dutch Embassy, who already knew me through the Eves on Wheels project, and I was asked to consider the position myself, which I did.

As you have just said, Tripoli is a quite compact, flat city. It is also one of Lebanon’s cities that suffers from the greatest absence of key infrastructure and services, and is also the most impoverished. How do you see the bicycle as a tool for economic empowerment in certain communities there?

The first step in Lebanon is that cycling needs to become a trend, public figures in the city need to be onboard with advocacy to then push it in certain communities. That work was initially geared very specifically towards more affluent demographics, as they only saw it as a sport, a leisure activity or something that is only for poor people. I was in touch with a lot of people to help change the community’s mindset around cycling.

On the lower end of the economic spectrum, there are a lot of reasons to advocate for cycling. During the time of COVID-19, I’m using that even more to point out alternatives. We are currently facing a major financial situation in Lebanon, with the extreme devaluation of the Lebanese pound. So much value has been lost, so a car driver ends up losing a lot of money on maintenance, gas, etc. Owning a private vehicle is costly, and there will be a point where the ability to afford parts or gas will become a serious hindrance. The share of earnings that the Lebanese population spends on fuel is already very high. So how do you travel when that means of mobility is eroded and no longer viable. One way to highlight this has been to hold protests, holding signs at queues around gas stations.

When I came back from a trip to Mexico City I started realising how strong of an argument can be made for the bicycle in terms of fighting poverty. For instance, the street sellers here use push carts. Men in their 60s-70s push around these 50-60kg carts all day and come back exhausted, with pain in the knees, backs and shoulders. Cargo bikes could be a wonderful solution. It’s hard to advocate for this here as we can’t really import them due to the devaluation of our currency and we cannot manufacture them yet. I’m in touch with the International Cargo Bike Festival to try and bring some to Lebanon, and I really want to make that happen.

Reconstruction efforts after the Lebanese civil war focused transportation projects almost exclusively on car-oriented infrastructure. This has led to extremely polluted and congested cities, stressful commutes and loss of economic potential. How do you see cycling as part of the solution?

The hidden side of cycling that I really think we don’t talk about enough is mental health. The current situation here is not helping any Lebanese person to live happily or comfortably and go about their day without having any worries. The only way I can have peace of mind, a window to think about the things in my life is when I’m riding my bike. Everything else is constantly filled with problems and stories of misery or corruption. We used to be called the Switzerland of the Middle East and we are heading towards a situation very similar to Venezuela. I’m trying to push this mental health aspect on top of cost and efficiency. These are things that are basic for the wellbeing of Lebanese people and it can be used to bring peace of mind and give us opportunities to help our country, from fighting corruption to finding the right leaders. Without these moments of relief we will continue to sink into poverty and into a mass mental health epidemic.

Lebanon’s society is also still fragmented along ethnic and religious lines. How do you see the bicycle and a greater culture of active mobility as a way to build bridges between communities?

I want to stress the importance of the opportunity the bicycle can provide for social cohesion and building a sense of community. The cycling clubs here for example have no political or religious affiliation. They have nothing to do with how you see different communities speaking about each other on TV or in the papers. Everyone is equal on a bicycle, and we have to recognise and admire that.

The other thing is that when trying to establish a community in Tripoli I was very keen on building common values, because this is one of the ways out from all the bad things that are happening in Lebanon. The first thing I was asking people is to simply greet each other when in the street, showing respect, because they are fellow cyclists or pedestrians. Using that tiny gesture we were able to build a community that became so interconnected. People don’t know each other’s backgrounds yet can share a bike ride or greet each other and recognise each other as common users of the street.

What do you think needs to be done to normalise biking for daily lives in the future?

It needs to come from both community and decision makers simultaneously. I could not have been so successful in achieving my aims without the support of the city’s Mayor. He is a medical doctor and used to be a bicycle commuter in Italy. I found it to be the most productive when myself and my fellow community members worked with a decision maker to achieve things together.

Today, everyone is aware of the presence of bicyclists in the street or crossing the road in Tripoli. 5-6 years ago people were shocked when they would see a woman cycling, let alone a hijabi woman, now we see mothers who wear the hijab cycling and nobody looks at them strangely. This is due to a strong community being involved locally, accompanied by the right political will.