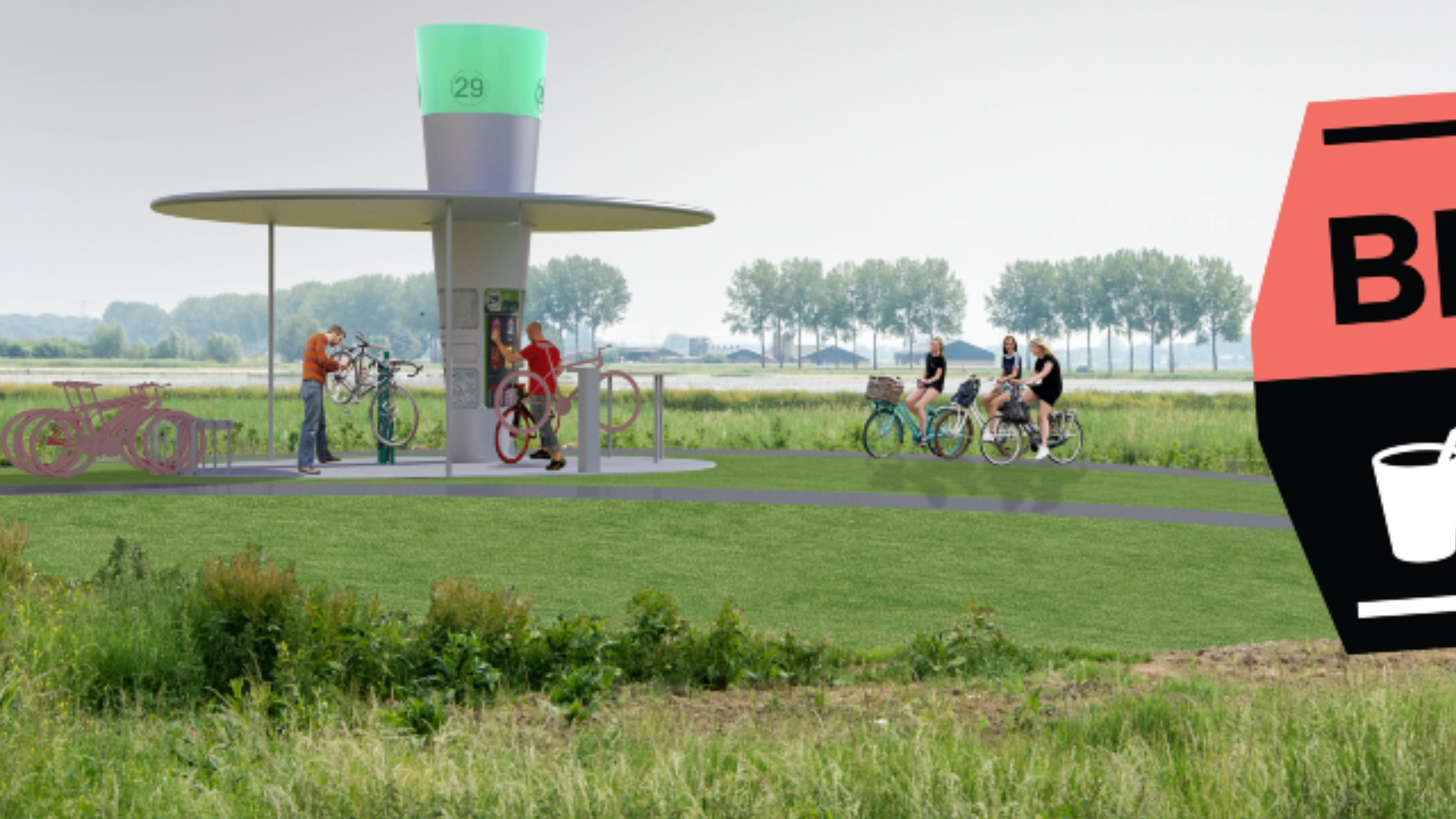 We’ve identified that as more people use the bicycle to cover longer distances, and as bicycle paths become more segregated from toads, there is a need for new services for cyclists in and between cities and towns. So we created Bike Stop.

Whilst some services exist that service the bicycle, Bike Stop looks at how we can better service the person, and how retail and meeting space along cycle paths can help further encourage and facilitate cycling.

Our pilot was set up between Arnhem and Nijmegen in the Netherlands, to coincide with these cities jointly hosting the international cycling conference Velo-city in 2017. Based on this experience, we have been refining and developing the concept further and have started to implement it in new cities. We believe it has the potential to transform how people around the world feel about cycling.

It gives you, as a cycler, a sense of being heard and it is a reward for using the bike in stead of the car.

Watch the video of the BikeStop pilot in 2017.