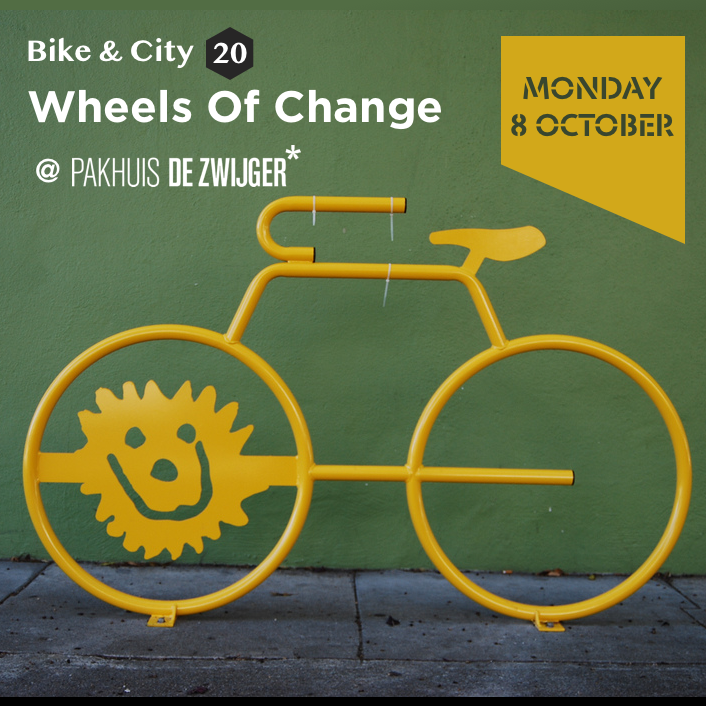 The bicycle is a powerful tool. Besides being a green and healthy means of transportation, the bike also functions as a booster for innovation and creativity. Designers are giving bike wrecks new life, bicycle buddies are creating impact on a neighborhood level, and adventurers are cycling through tough environment to raise money for charity. In what ways can the bicycle transform the world? During Wheels Of Change, we will dive into the social and environmental value of the bicycle.

In this edition, among others:

Creator of the Amsterdam Flower Bikes

Bike Anjo is an organic, spontaneous collaborative of passionate Bicycle Ambassadors, they promote cycling as being the best means of transport in the city. They get people cycling and are ‘Buddies’ for new cyclists, who are exploring the city by bike for the first time. They really live up to their name; ‘Bike Anjo’, meaning bike angel in Portuguese. Initiator, and proud member of the bicycle mayor network, JP Amaral sees the bicycle the perfect tool for sparking social change. He believes cycling is the best way to achieve health and happiness within in cities.

In the Netherlands there is a large quantity of bicycle trash. Every year at least one million bicycles land in the dump. Roetz decided saw this as the perfect opportunity to recycle them to produce amazing new bikes. Roetz employs people, who due to various circumstances, can’t find work. At the moment they produce bikes with are 30% circular. Their ultimate goal: bikes that are 100% circular. Laurens Nolet will go into depth on how he tries to maximize his social and environmental impact.

Laura van Ree Killed 550 km within 7 days in (30 degrees heat!) as an amateur cyclist, to raise money for charity. She went though the rough terrain of Malawi together with a crew of a group 18 people to raise money for a project of Plan International, combating child marriage. She will be sharing exciting stories about group cohesion, the social aspect of cycling and the psychology behind finding a goal beyond yourself.