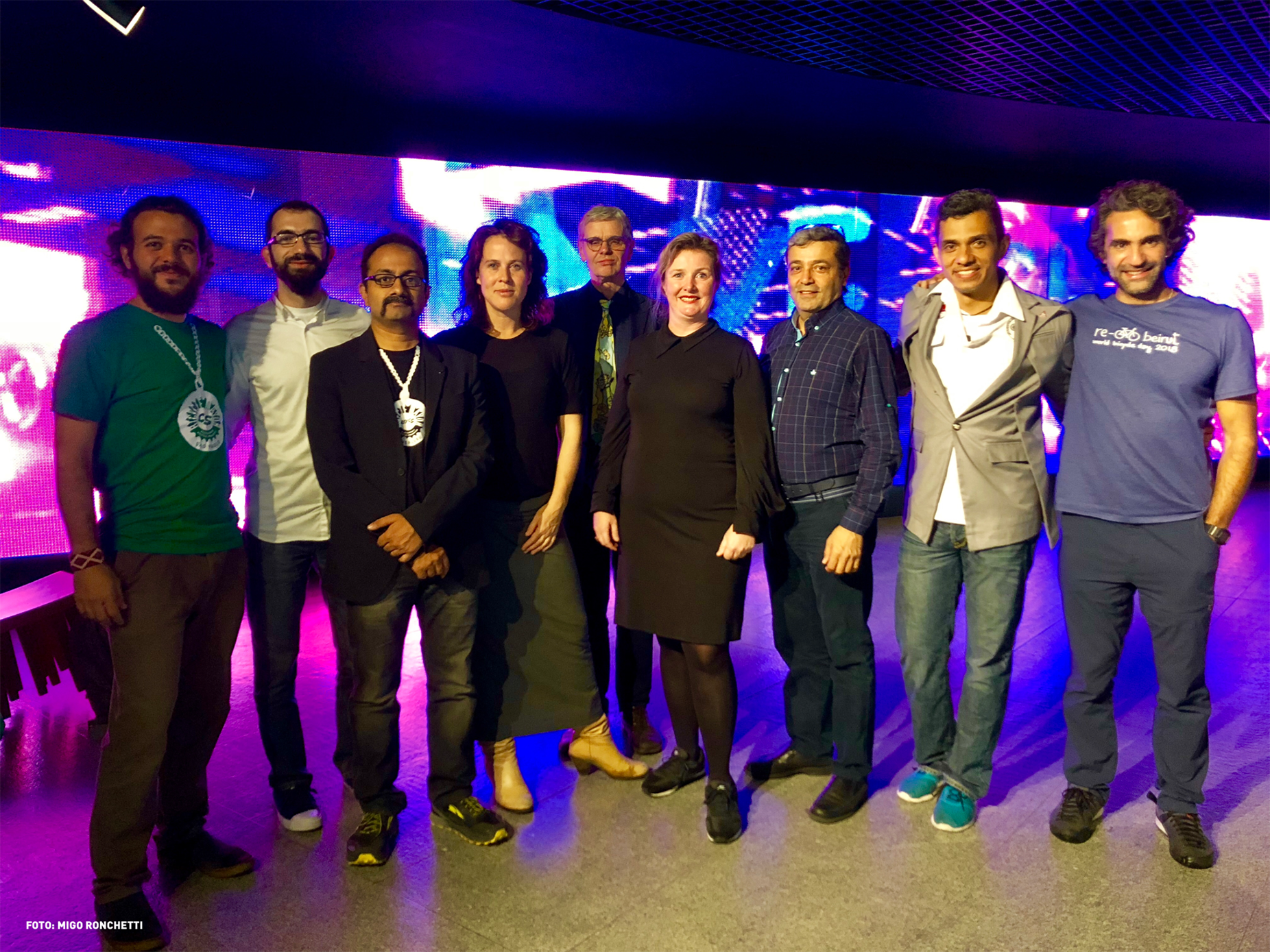 Amsterdam based social enterprise BYCS organised a summit of the international Bicycle Mayors from 8 to 14 October in Mexico City. The six day event brought the changemakers together to discuss challenges, share solutions and identify ways to radically accelerate city transformation through cycling. The event was fruitful and included a visit to the Dutch embassy in Mexico; a treasure hunt exercise that led to valuable insights on city problem solving, and the signing of a Memorandum of Understanding (MOU) between the Bicycle Mayors of Bangalore, (Sathya Sankaran) Mexico-city (Areli Carréon) and BYCS founder Maud de Vries.

Treasure Hunt
One of the main events of the Summit was a treasure hunt through Mexico city in which the Bicycle Mayors went through the city by bicycle, taking in the challenges it faces and using Design Thinking methods to think of ways to tackle them, in Mexico City and in any other city that faces the same issues. The exercise led to many new insights on solving environmental, infrastructural and social issues.

“Exploring the city by bike is the best way to identify the obstacles that it faces. In a megacity like Mexico City the potential impact of the bicycle is evident. The Design Thinking methods we used here to solve the social and infrastructural issues of this city, can be applied anywhere in the world. The main lesson, is that taking space away from cars to give back to bikes and pedestrians, gives cities the opportunity to flourish, and acts as a catalyst for creativity, good health and social cohesion.”

Shift: Mexico City
On day two, a large public event was held as part of the summit, which was opened by the Dutch Ambassador of Mexico, Margriet Leemhuis. After the brief introduction the Bicycle Mayors held Pecha Kucha style presentations on innovation, infrastructure and policy. 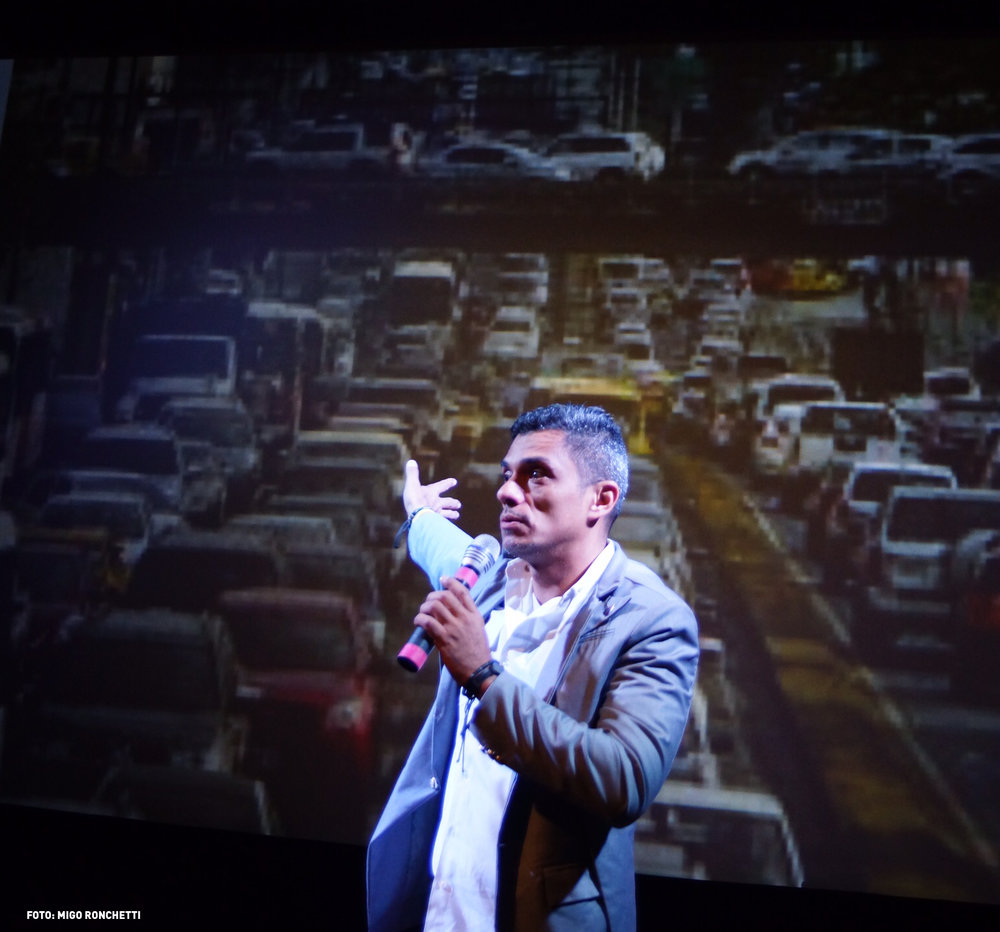 “It was great meeting these changemakers from around the world, and to see the energy and passion of this group. I truly believe every city would benefit from having a Bicycle Mayor appointed to stimulate cycling, for healthier, happier and more social cities ” 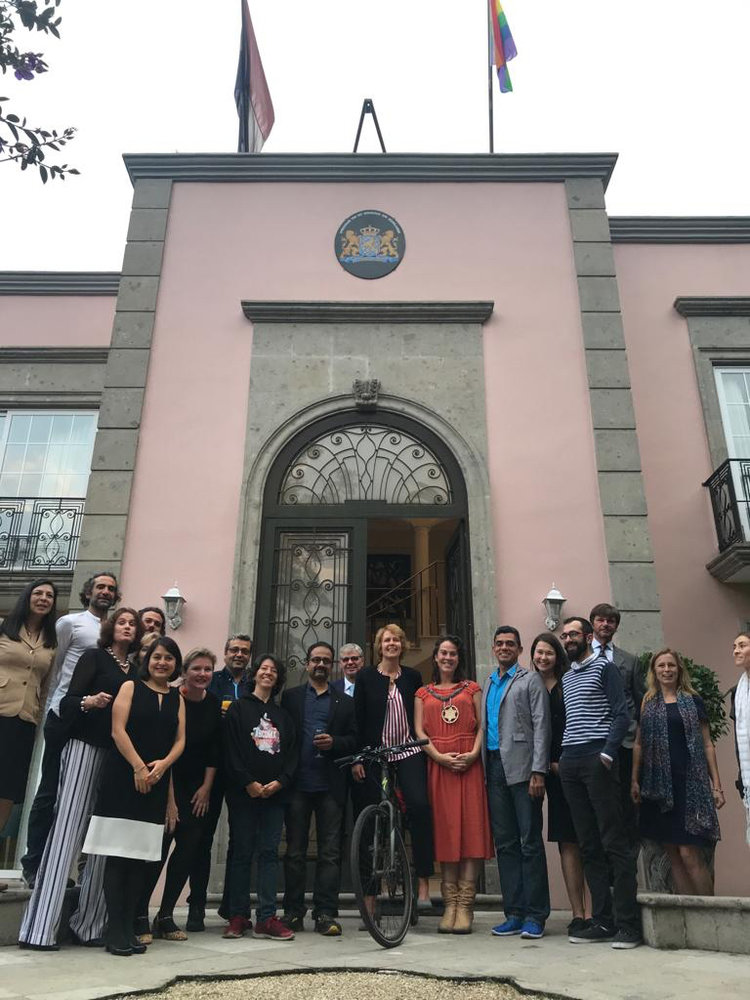 MOU around cycling to work and mental health
Another promising outcome of the Summit was that the Bicycle Mayors of Bangalore, Sathya Sankaran, and Mexico City, Areli Carréon, along with BYCS founder Maud de Vries, signed an MOU in order to explore further opportunities in scaling the role of the bicycle in making both megacities happier and healthier places for their inhabitants, while spending significantly less resources as other modes of transport demand.

“Promoting our bike to work-program (biketowork.co) in both cities, with a joint effort focusing on global companies, will already be a big step forward. Besides that, it will be very interesting to bring both our governments to see where we can learn from each others efforts and inspire both to systemically invest in cycling. With the largest cycling congres, Vélo-city, coming to Mexico in 2020, we would like to be prepared by then and be an example to other megacities, for example Istanbul.”

Areli Carréon, Bicycle Mayor of Mexico City, founder of Bicitekas and one of the ten Women for Climate of Mexico City, wants to start with Bike to Work and simultaneously kick off the ‘Go Cycling’ campaign that BYCS just started in the business district of Amsterdam South.

“We all know every day cycling makes a massive contribution when it comes to personal health and in my own story, when I was suffering from mental issues, that was the moment when I fell in love with the bike, many years ago. We have so many people in Mexico suffering from depression, we really need to work harder to become a bicycle-oriented city. Now our mode share is at 2%, I would love to take that up to 20% by 2020.”

Carreon and Sankaran are inspiring their governments to visit each others cities, using their MOU.

The summit concluded with a closing ceremony, in which the Bicycle Mayors wrapped up the learnings from the summit and shared what strategies they plan to take back to implement in their own cities. Thereafter they joined in a group bike ride through Mexico City as part of its car free day. If you’d like to know more, head over to bicyclemayor.org.