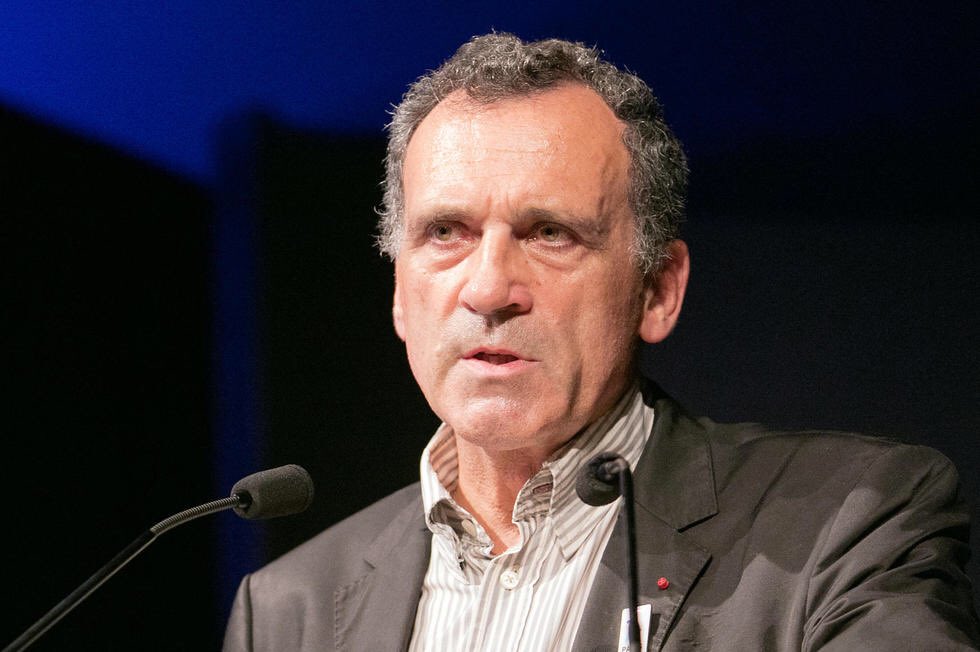 6 min. read
Professor Xavier Bigard is the Medical Director for the Union Cycliste Internationale (UCI). Bigard is an internationally renowned professor of sports medicine. He has written several books and contributed to eminent scientific publications, and until 2017 was President of the French Society of Sports and Exercise Medicine (SFMES).

Physical inactivity causes 6% of deaths per year making it the 4th leading cause for mortality, resulting in an estimated 1.5%-3% of total healthcare cost in developed countries (Oldridge, 2008). Increasing physical activity may be most successful when incorporated in daily life habits. Switching from private vehicle use to active transportation (mainly biking) could be a sustainable strategy for promoting physical activity and improving mental health (Avila-Palencia et al., 2017). It will also result in other benefits with regards to air quality, traffic noise, urban temperature exposure and improved social interaction (Brand et al., 2013).

A lot of studies have shown that ATS plays a significant role in improving adolescent health in many countries. Existing studies have focused mainly on walking and cycling as two forms of active transport. Cycling to school enables young people to meet the WHO recommendations for daily physical activity to a greater extent, reduces the risk of obesity and improves overall body fitness. ATS also strengthens positive effects on mental health and mental wellbeing (Biddle et al., 2019). Moreover, both cycling and walking to school can help to build a self-esteem based on greater independence.

The relationship between non-specific somatic complaints among adolescents (mean age 13.4 years) and ATS, including cycling, was recently examined for nine European countries of various geographical backgrounds (Kleszczewska et al., 2020). Young people who cycle to school are less likely to report health complaints, especially psychological symptoms. Cycling showed a protective effect against psychosomatic complaints in countries of higher economic status in which young people can use bicycle paths, enhancing the sense of security.

Young people who actively commute to school especially using a bicycle as a means of transport are less likely to report health complaints and psychological symptoms. The ATS interventions make it easier and safer for children to walk and bike to school by targeting the physical or social safety of common routes to school or by promoting safe travel behaviors. In order to improve the safety, convenience, and attractiveness of active travel to school, several countries responded in recent years by funding infrastructure and noninfrastructure programs. The economic evidence for the cost and benefit of these programs has been recently examined (Jacob et al., 2021). This study reviewed the evidence for the cost and the economic benefits from ATS interventions. The cost to implement ATS interventions and expected societal benefits varied. Studies that included benefits of reduced injuries and a range of additional environmental and health impacts related to increased bicycling (and walking) and bicycling showed a large benefit−cost ratios which evidence that the economic benefits of ATS interventions exceed the cost to implement ATS interventions (Jacob et al., 2021).

In adults, the importance of physical activity for the prevention and control of non-communicable disease is now well-recognised, with active commuting promoted as a means of decreasing sedentary behaviour. Evidence shows that regular physical activity is associated with less sick-leave days from work and a higher productivity by employees at work. Whether active commuting has positive effects on health-related quality of life has been recently examined in a randomized prospective fashion (Neumeier et al., 2020). The results obtained after an intervention period of 12 months substantiate that active commuting and especially cycling to work is able to improve the quality of life of working adults. Moreover, another study showed that cycling to work was associated with reduced sickness absence during one year of follow-up (Mytton et al., 2016).

In order to evaluate the association between different transport modes use and several health markers in adults, a study was performed in seven European cities (Antwerp, Barcelona, London, Örebro, Rome, Vienna, and Zurich) (Avila-Palencia et al., 2018). Bicycle use was associated with good self-perceived health, lower perceived stress, better mental health, and higher vitality in the single and multiple transport mode models. Bicycle use was also associated with fewer feelings of loneliness in the multiple mode models. These results suggest that the use of bicycle as a transport mode could help to improve social cohesion in a community, and reduce feelings of loneliness of its population.

Depression is a common and debilitating mental health condition for which physical activity is an important and effective adjunctive therapy (Cleare et al., 2015). The associations between changes in the mode of travel to work and the severity of depressive symptoms were investigated in a cohort of adult commuters with and without symptoms at baseline (Knott et al., 2018). Following adjustment for socio-demographic, lifestyle and health-related factors, findings were consistent with the hypothesis that a transition from travel exclusively by car to more active forms of commuting may contribute to an attenuation of both the development and the progression of depressive symptoms.

Taken together, these results complement the well-known positive effects of cycling on cardiovascular risk factors and reduction of chronic diseases, and are consistent with cycling to work being important for both mental and physical wellbeing.

Biddle, S.J.; Ciaccioni, S.; Thomas, G.; Vergeer, I. Physical activity and mental health in children and adolescents: An updated review of reviews and an analysis of causality. Psychol. Sport Exerc. 2019, 42, 146–155.

Knott CS, Panter J, Foley L, Ogilvie D. Changes in the mode of travel to work and the severity of depressive symptoms: a longitudinal analysis of UK Biobank. Prev Med. 2018;112:61-69.