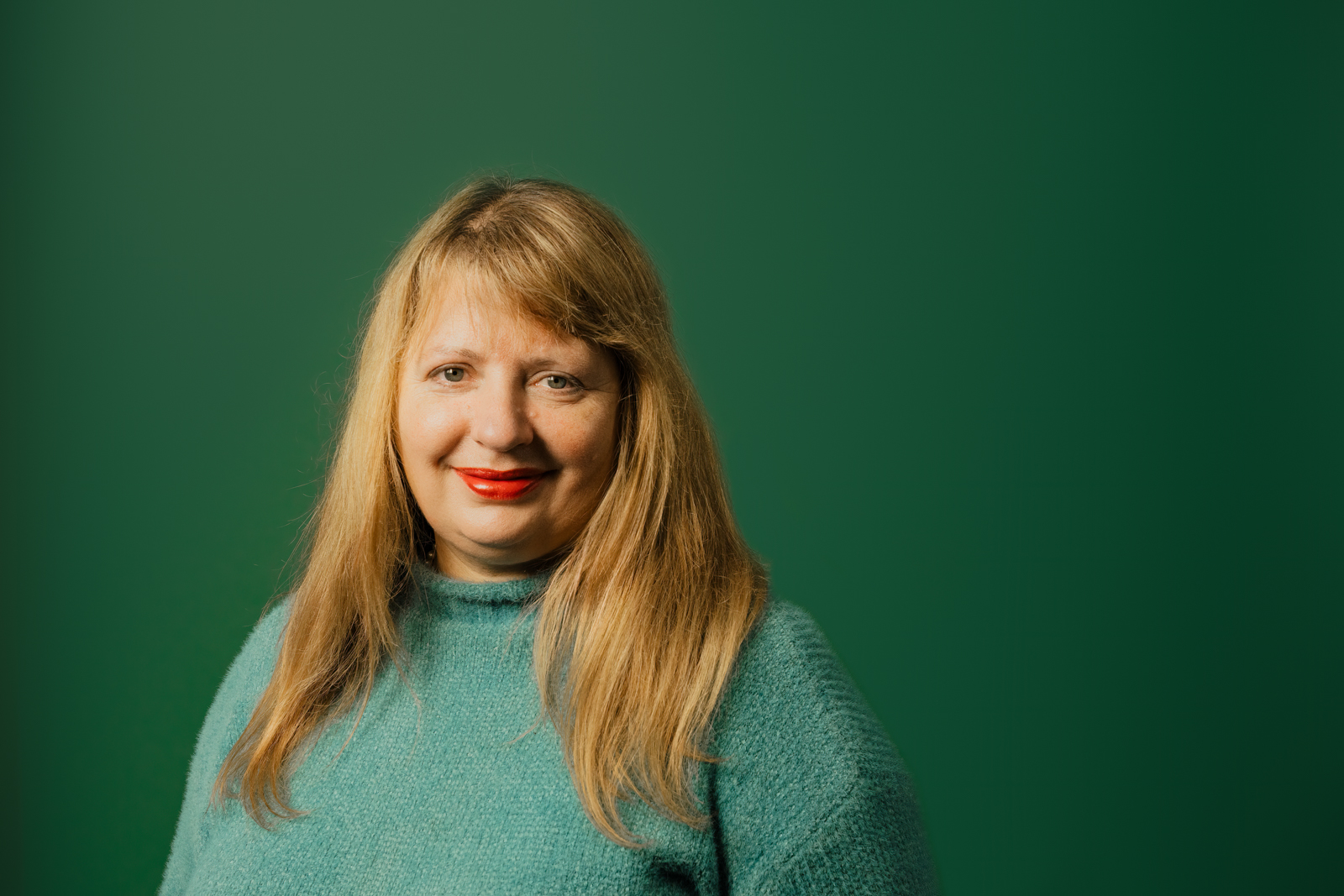 Donna Cooney is a Dublin City Councillor and the city’s Bicycle Mayor. For the last 25 years she has worked tirelessly as an activist and artist to protect the the Dublin Bay area, and promote sustainability and equality. In her role as Bicycle Mayor of Dublin she is implementing the Bicycle Heroes program, enabling children to make the change they want to see in their city.

As someone who works both inside and outside government, what do you see as the biggest barriers to cities becoming safer for kids to move around in?

First of all, the perception that it is not safe at the moment. When I go around and try to see things from the perspective of a child I am often quite shocked. For example, when placing street furniture there is a lack of understanding of children’s needs. If you place a large trash bin near a crosswalk, it is dangerous for children because cars cannot see them behind the trash can.

Schools haven’t been built with the surrounding infrastructure needed for children to walk or cycle to school, in some cases because they were built before cars were so predominant, and it hasn’t been updated. A school designed now would surely include walking and cycling infrastructure.

Parents don’t feel it is safe for their children to walk or cycle to school, so they drive them, which makes it even more dangerous. Parents know this isn’t good – they remember going to school on their own – because children need the sense of independence, especially once they are a teenager. 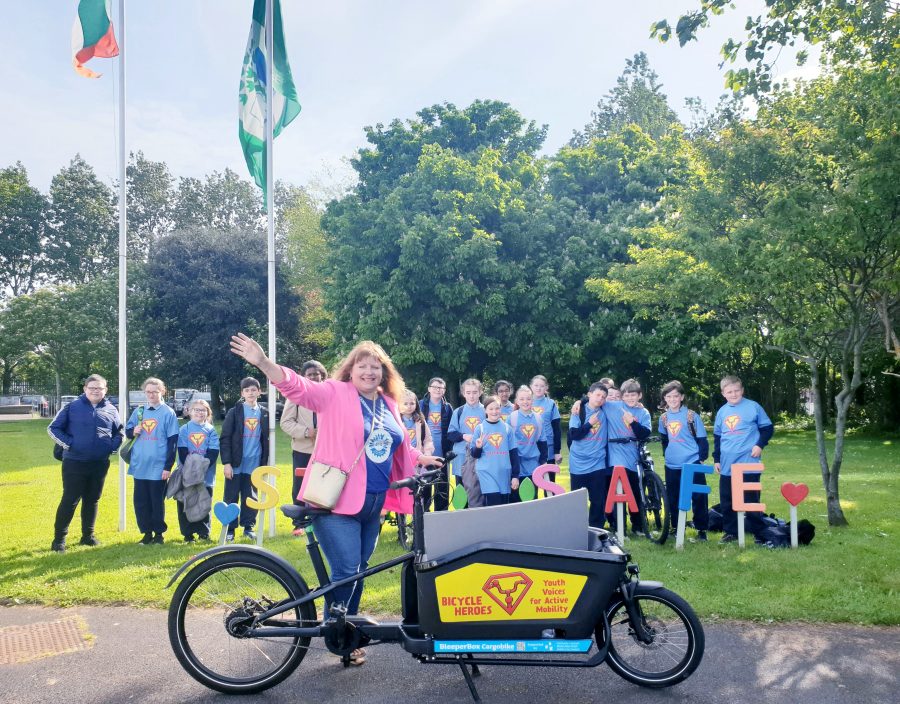 Last week during Bike Week, we created some school streets around schools so parents could see what it’s like to not have cars in front of the school. There was such a relaxed atmosphere – parents could let their children go and play as it should be. It was great to see. People said ‘we want this, all the time’. It shows what is possible.

With the Bicycle Heroes program, we are working with the school safety officers who audit the schools for safety. When the kids do the same audit, they are noticing things that the officers didn’t. In working with kids, we also learn interesting things. The kids described how when crossing the street they would ‘look for a gap, and run for it’. I was quite shocked when I heard that. It helps us to get kids’ perspectives to identify the issues and solutions that are overlooked. It also helps the kids to be able to better understand, and have the language to describe, why a place is unsafe. For example, they see a car flying around a corner, but they don’t understand that that is because the turning radius allows for that. The more a car has to make a 90 degree turn, the more it has to slow down, which relates to the ‘turn radius’ or ‘çorner radius’ at a turn. The more the kids understand this, the better they will be able to express themselves to people in government and traffic engineers about what needs to change and why.

The kids have come up with ideas to help make it safer and more fun to cycle, such as a hub where you can get your bike fixed or be shown how to fix your bike. It would have the equipment necessary and could be staffed by retired people who are looking for interaction and who could gain a feeling of purpose when they can share their knowledge. My grandfather loved to show us how to fix our bikes. It creates an intergenerational bond, especially if the kids’ parents don’t know how to fix a bike.

They also came up with the idea of a lock that you can use with an app that is built into the bike. Kids are always forgetting their lock or losing it, and they are expensive. Our partners at Trinity College Dublin mentioned that they have a lab to develop things like that and that the kids’ could further develop their idea there. These solutions address the real needs of kids and an adult wouldn’t always come up with them. 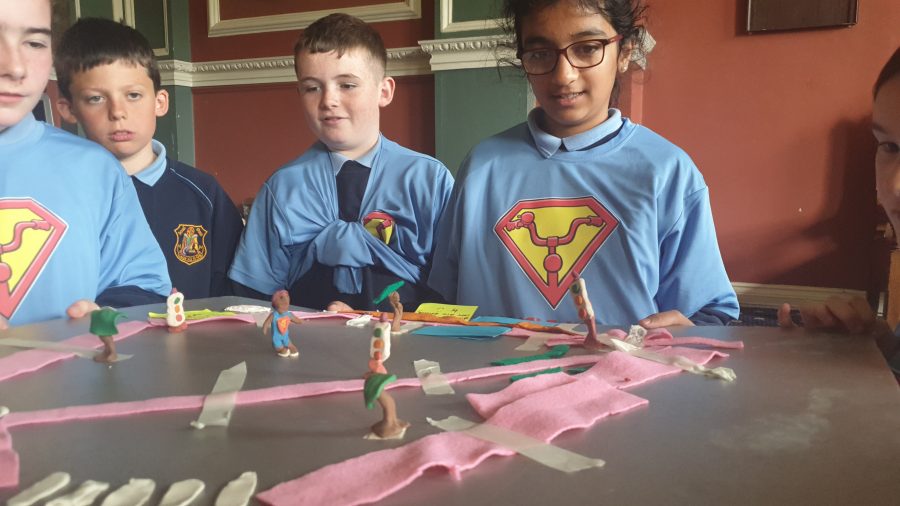 Why don’t we involve kids in things like this more often if they understand their own needs best? What possibilities are there for that?

The local authorities struggle to work with young people. Where they have, it has worked well. For a new skatepark, they worked with local kids to help design it. I think people do things the way they have always done it. Even in families at home, children are often not consulted on key decisions. Its also about time. For a project, they have to do some sort of engagement in a very limited time. But we need to do it better.

Bicycle Heroes looks at things in a different way and creates a new process to engage children. We have certainly embraced it here in Dublin. Adults can be reluctant to change and don’t perceive the problems and solutions. We hope that a program like this makes it easier to make real change around schools. School zones have helped somewhat but more needs to be done. Some schools put parking bollards in, but then people just park slightly further away – it is always a challenge of bad behaviour.

We have tried to reduce the speed of cars and we’ve studied the behaviour of drivers. It is clear that more needs to be done to make it safe. With one school we work with, the road in front has a speed limit of 50 kilometres per hour and four lanes of traffic. One rainy day during a traffic jam, we saw that cars would just block the crosswalk, making it difficult to cross. We didn’t understand the source of this behaviour. Another example is parents driving onto school grounds to drop their children right at the front door, making it unsafe for all the other kids. Kids from that school have come up with some great ideas for improvement that can now be presented to the parents, to the engineers, so there’s more work we need to do. But if we can solve that, we’ve made a lot of progress.

We have been pushing for a 30 kilometre per hour speed limit, especially outside schools, but there has been pushback and a lack of consensus. Why would you not want it to be safer for kids? The statistics are clear – a crash at 50 kph nearly always leads to death amongst children and 30 kph doesn’t. Kids just want to be able to walk and cycle and get to school safely. How can you argue with that? Kids don’t have an agenda other than their own safety. 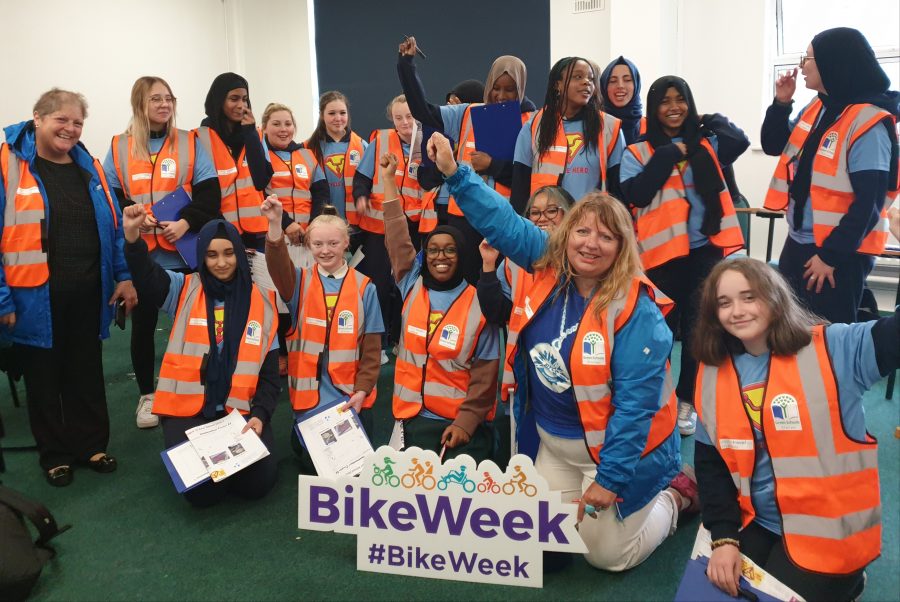 What effect or impact do you notice when you ask kids their opinion on how to make their city safer and more fun for cycling?

Yes. The kids at one school – 11 years old –  were very quiet when we first started working with them. We went out and did the survey and they started to speak a bit more. By the time they started working on their ideas and designs, using 3D models and other creative tools, and then presenting their ideas, they were much more confident. Coming up with arguments about how to present their ideas in a very animated way, it was clear that they felt empowered to make their voices be heard. We help them to amplify their message. Later in the year, they will present their ideas to the city council, and the kids feel emboldened to know that they will be listened to and that they can affect change. They are on a mission now to make these changes and I think that’s great. How quickly they have transformed from being quiet and shy, to being ready to debate with the city council!