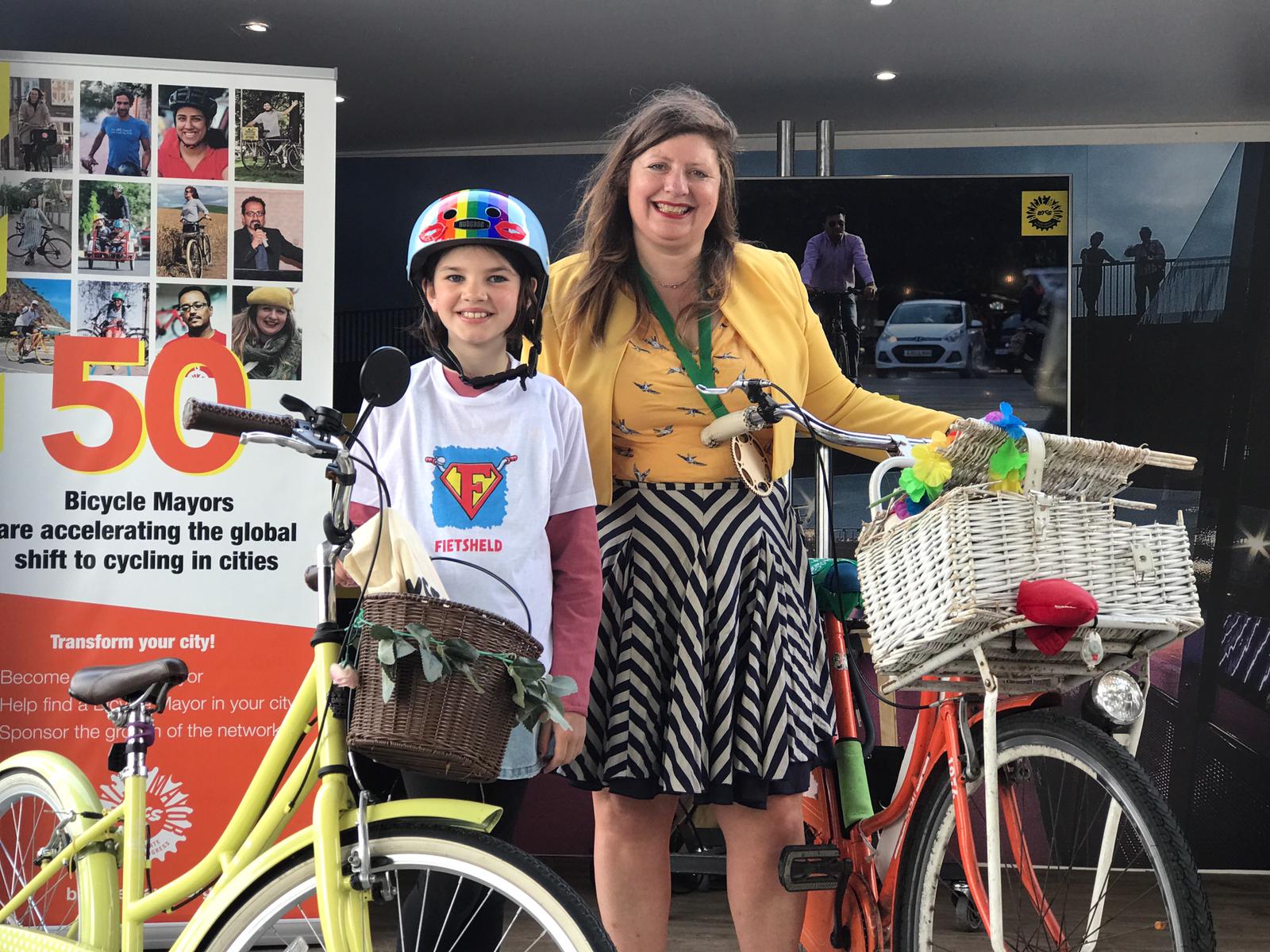 Bicycle Mayors are independent city leaders who bring together all corners of society around new ideas that can accelerate cycling progress. Their work is helping to uncover the massive economic, social, health, and environmental benefits of increased cycling capacity. And, the network has just reached a landmark in its growth with the appointment of the world’s 50th Bicycle Mayor.

Donna Cooney was officially inaugurated as the Bicycle Mayor for Dublin in a ceremony last night at the city’s Trinity College. The ceremony took place as part of an event held to kick off Velo-city, the annual international cycling conference that has brought over 1,000 cycling advocates, bike brands and businesses to Dublin. Donna joins a global network of Bicycle Mayors now active on every continent, with representatives in cities across Europe – including in Rome, Paris and Milan – as well as in cities as diverse as Beirut, Mumbai, Rio de Janeiro and Mexico City.

The Bicycle Mayor program is overseen and funded by BYCS, an Amsterdam-based social enterprise that has a mission called 50by30: 50% of all city trips by bike by 2030. BYCS works internationally with businesses, governments, and nonprofits to initiate and scale breakthrough ideas around cycling. It launched the Bicycle Mayor program in Amsterdam in June of 2016, which has sparked the world’s imagination and grown rapidly ever since. BYCS plans to deliver on 200 Bicycle Mayors in place by 2020.

Increasing cycling helps us to address urgent challenges around climate change, pollution, resource availability, and public health. It also connects communities, empowers people and stimulates new enterprises. Cycling is more than transportation, it is transformation. We are thrilled to have 50 Bicycle Mayors around the world but we are committed to continuing to grow this substantially. They are already having a profound impact on their cities and proving that every city can benefit from a Bicycle Mayor to unlock the power of cycling. 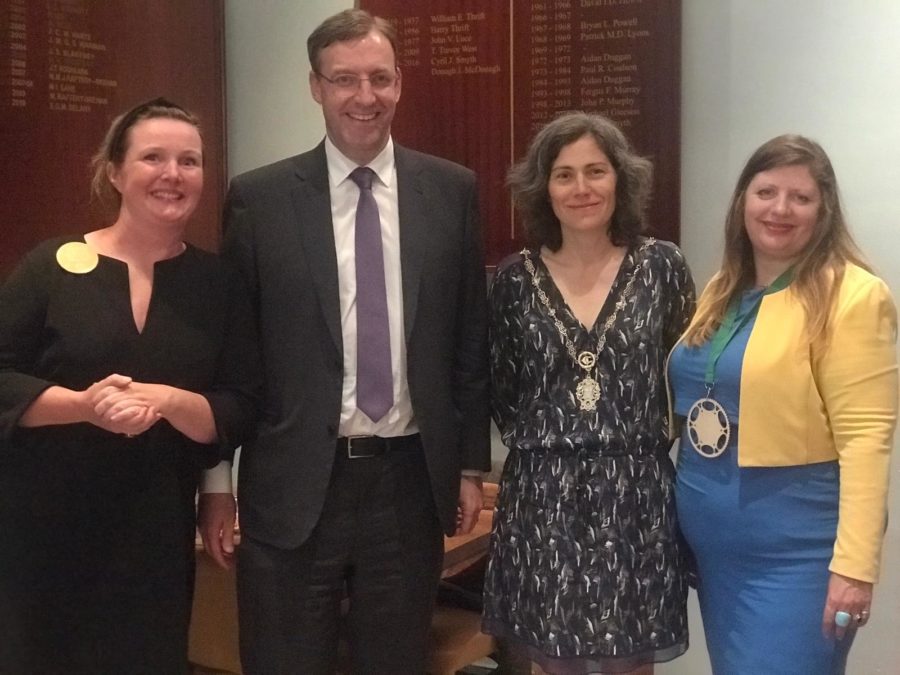 Some of the work underway by Bicycle Mayors around the world includes:

BYCS is active in Dublin all week as part of Velo-city, operating a pop-up ‘BYCS Lab’ to allow people to share cycling insights, create new ideas for progress and meet other changemakers. It is also launching its new ‘Impact Index’, a tool to help any city assess the immediate opportunities for cycling interventions (with the City of Amsterdam as its first partner), as well as hosting a mini summit of its Bicycle Mayors, a number of which are speaking at the conference.

It is a huge honor to be named as the 50th Bicycle Mayor. I want to encourage many more people cycle, especially women and young people. We must make it more accessible and safe for every age, whether you are a toddler on a balance bike or into your 90s and beyond. Cycling is good for our health, it’s important for the environment and its economical. I want to normalize cycling for work, leisure, and school. It should be something we can all benefit from and enjoy but far few people can right now. I know this network of Bicycle Mayors can change that.

One of the areas Donna will work on is to support safer cycling for young people. She has already appointed a Junior Bicycle Mayor to help her in this. Aoife Kelly, aged ten, will help role model cycling for kids, will listen to the challenges young people face and help Donna to develop new approaches to improve cycling for children. Dublin becomes just the second city to have a Junior Bicycle Mayor, after Amsterdam. Aoife will be officially appointed this morning in a ceremony with other Bicycle Mayors from around the world at the BYCS Lab at Velo-city.

Donna recently became a city councillor in Dublin but her role of Bicycle Mayor will be carried out independently, beyond politics. Becoming a Bicycle Mayor involves signing a commitment to work with and for all members of the community. Anyone can apply to become a Bicycle Mayor. They are then appointed through a pubic vote or by securing enough support from a cross-section of city stakeholders.

More information on how to become a Bicycle Mayor, how to get one in your city or how to support the global network can all be found at bicyclemayor.org

More info on BYCS’ programming at Velo-city is here.

For more images of Donna and Aoife, head over to the mediakit here.