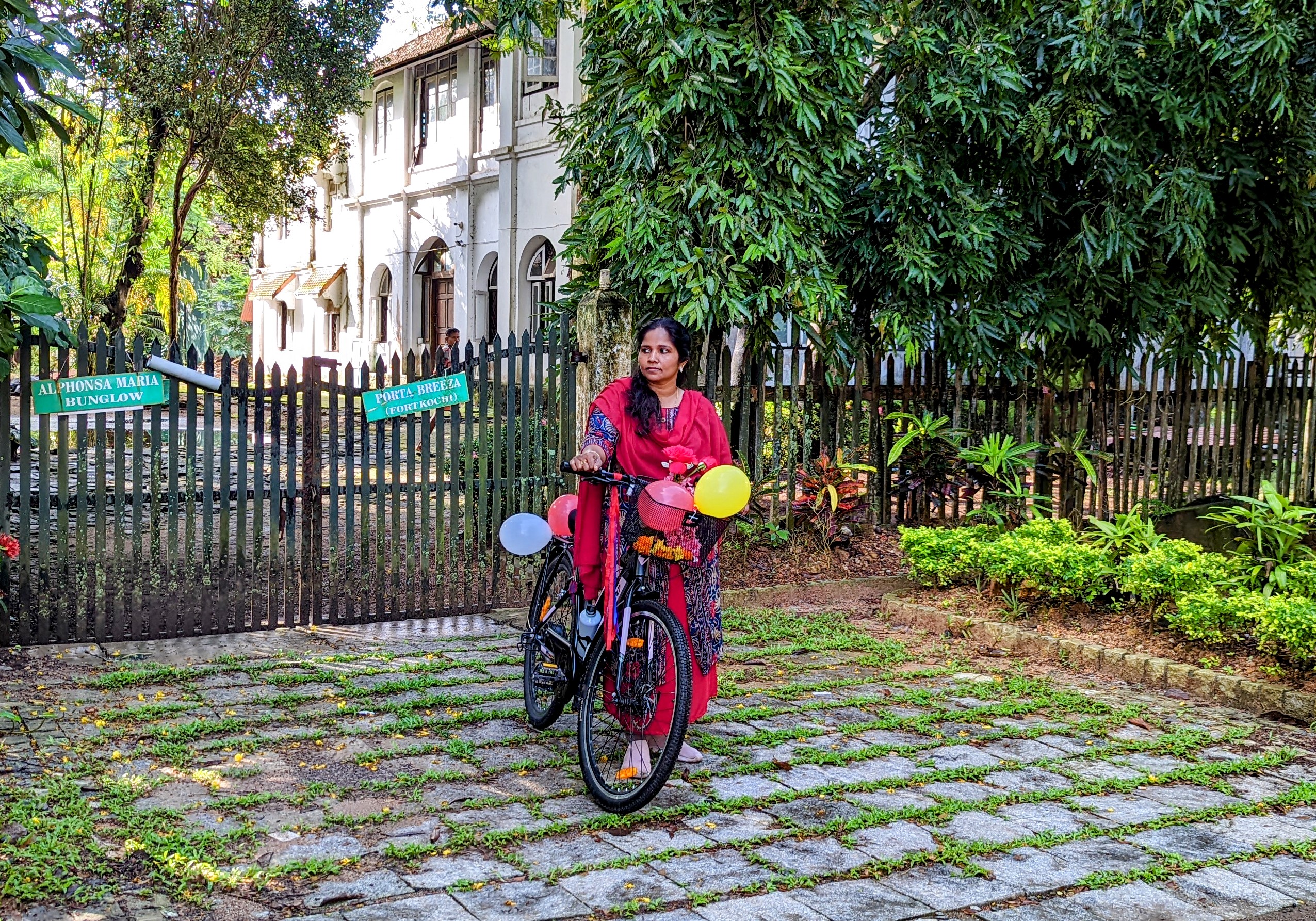 My name is Zeenath. I live in Fort Kochi, Kerala. I am 44 years old. My Dream was learning cycling. I had to wait 44 years for that. It has been just 8 months since I learned to cycle. I am so happy about that. I don’t know how to express that. Because I am not like others, I am an arthritis patient. By learning cycling, my disease had considerably recovered and I am very happy about that. Apart from that as part of the ‘Cycle with Cochin’ program of Cochin Municipal Corporation & CSML, I also became a cycle trainer.

I am so proud that I was able to teach over 350 women to learn cycling. I have formed Bicycle Brigades (Bicycle Clubs in schools) in Sri Gujarati Vidyalaya Higher Secondary School, Sri Cochin Gujarathi Vidyalaya LP and UP School in Mattancherry. I have started BICYCLE TRAINS in these schools also. I have formed a small cycle collective of women called ICE SHEROES KOCHI (which is the first of its kind in my city) for making women more into cycling for daily use. Cycling has done a lot in empowering the women of Mattanchery & Fort Kochi. I strongly feel that bicycling is the best tool to fight Climate Change and Global Warming.

“I want to be motivational and inspirational for everybody: big aim is more women on bicycles” – Marianne Vos