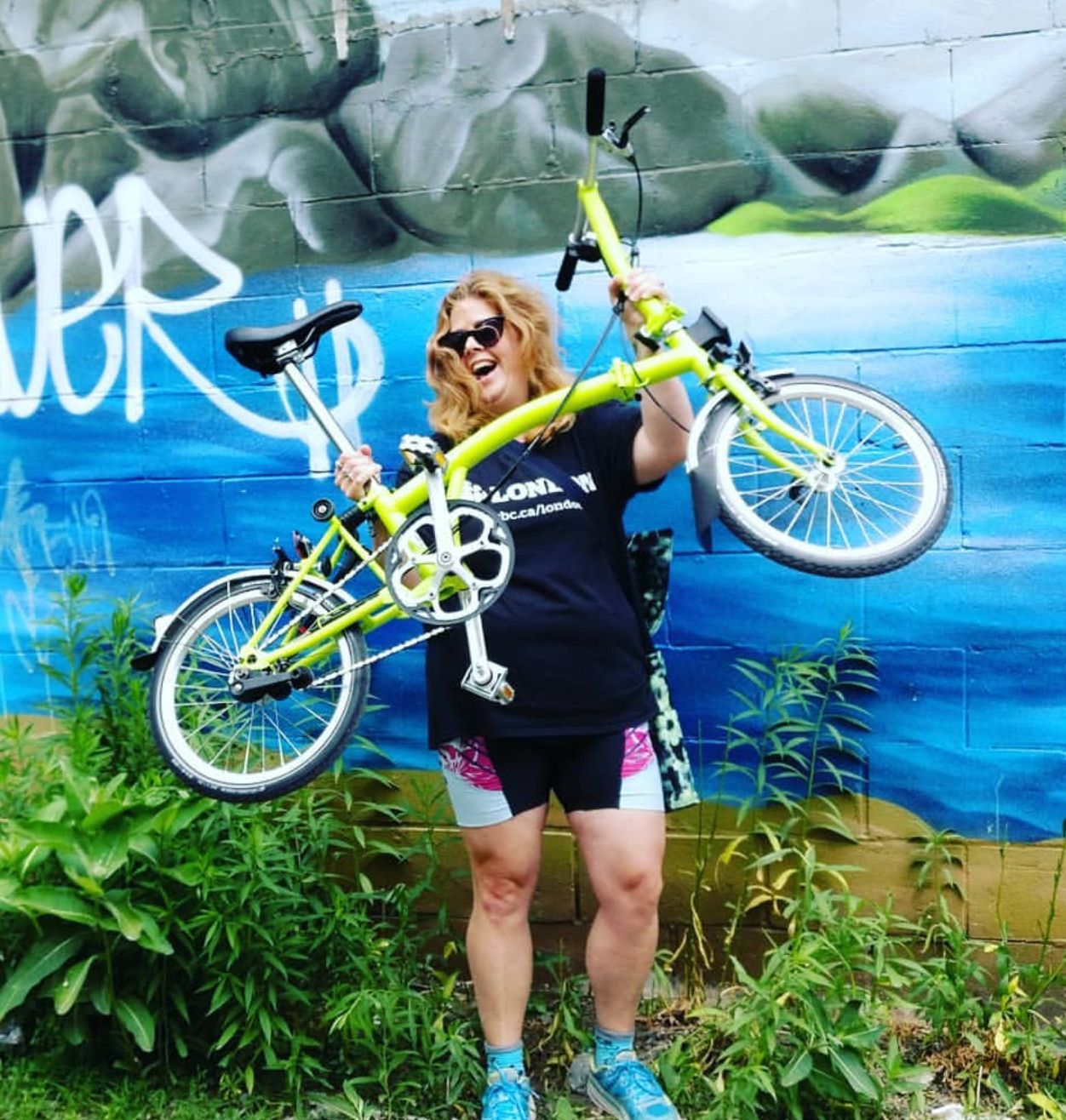 I am a mature student studying Business – Purchasing and Logistics at Fanshawe College in London, Ontario, Canada. I am also the mom of two awesome sons named Isaac and Liam. I live with my partner Daniel, our three cats and our four bikes in our 600 square foot apartment. I also love to kayak and camp. I bike as a way to accommodate an injury which reduces my ability to walk.

My mission is one part explaining the BYCS program to other communities that may also be interested in having a Bicycle Mayor. The other part is joining all of the great advocacy efforts in our city into one cohesive voice.

Our city is spread out over a valley with a large geographic area. We struggle with the creation of high-density projects. As such, much of our city is centered around driving with little emphasis on the other forms of active transportation. Couple that with a fear of “big city ideas” and change is difficult. The cycling infrastructure that is in place is not designed for all ages and abilities – this is not at all uncommon in Ontario. The idea of using a gendered lens to design streets is a new one here.

My very first goal is to finish some of the advocacy work I was already doing here in London, Ontario. I have been collecting signatures proving the need for City funded Bike lockers in the central business area of London. I have also been working on the adoption of a national bike registration service by our local police to reduce bike thefts.

My city can teach others that change is possible if you work together. Last year, we had numerous near-death misses on a section of road with cars, transit and bikes. Local advocates emailed city councilors, attended meetings and even provided NACTO inspired designs to city staff. In June 2019, this bike lane opened. In two months, we have had two councilors try to quash the bike lanes after they were built. We fought back and we won the right to be safe on that street!