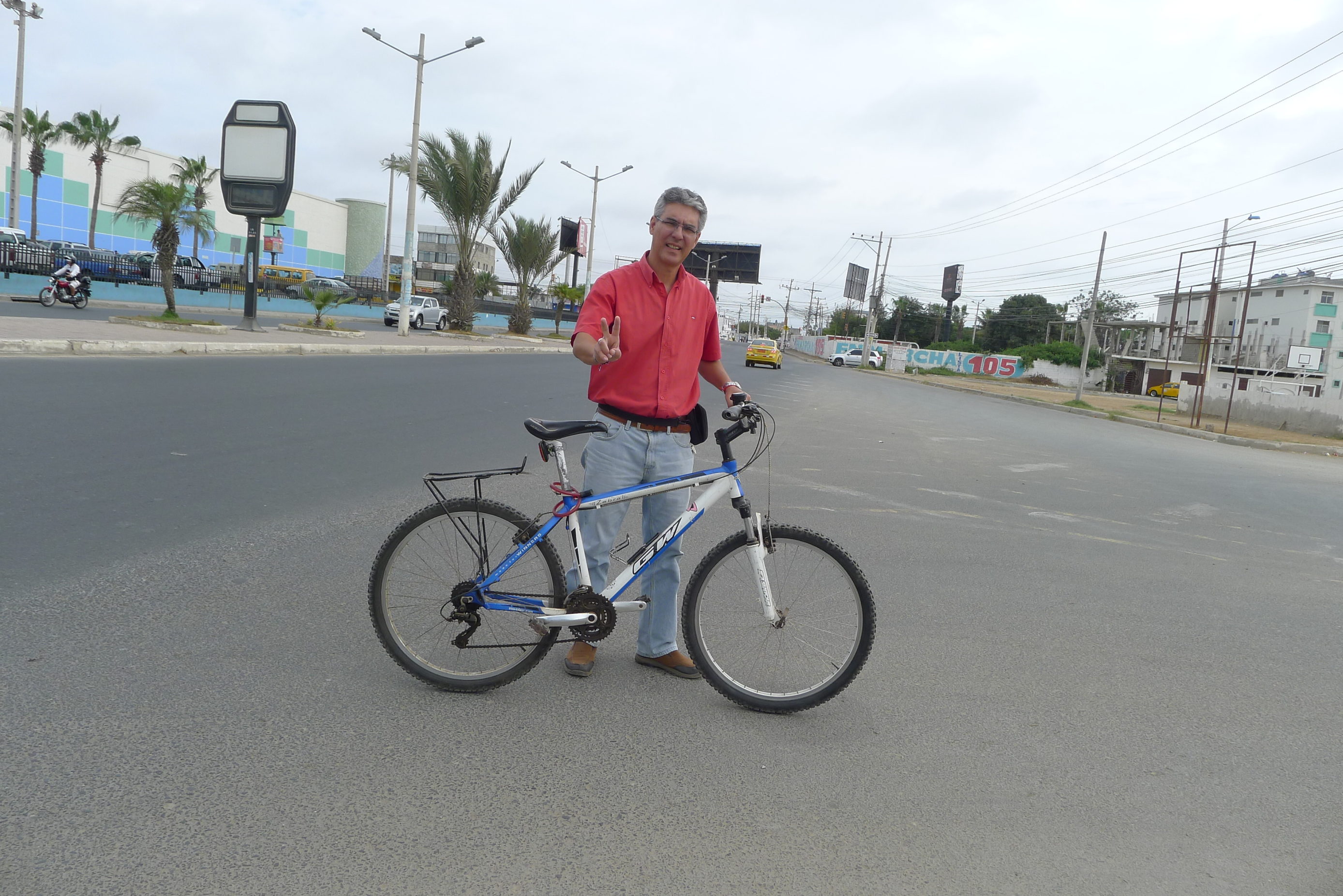 I am a citizen of the world that promotes a more friendly city with pedestrians and cyclists. I like the idea of ​​training young people in ROAD SAFETY and ROAD LIVING. I believe that the synergy of efforts contributes to the change of society and makes solving problems in common more bearable. The smile is the infallible remedy to solve the problems of life and the world. I like teamwork and preach by example; I accept other opinions to better build knowledge.

Contribute as an activist and user of the bicycle, so that the citizens of my city and province respect cyclists and pedestrians.

Lack of planning in the road network and road safety campaigns by the municipalities. Also, getting the media to engage in road education and promote respect for road users.

Organize the actions to comply with my work plan, prepare the ROAD LIVING MANUAL and organize the next national meeting of CYCLISTS OF ECUADOR in November in Santa Elena.

That in other cities of the world they have similar mobility problems and that one can be creative to see the solutions and promote the use of the bicycle.