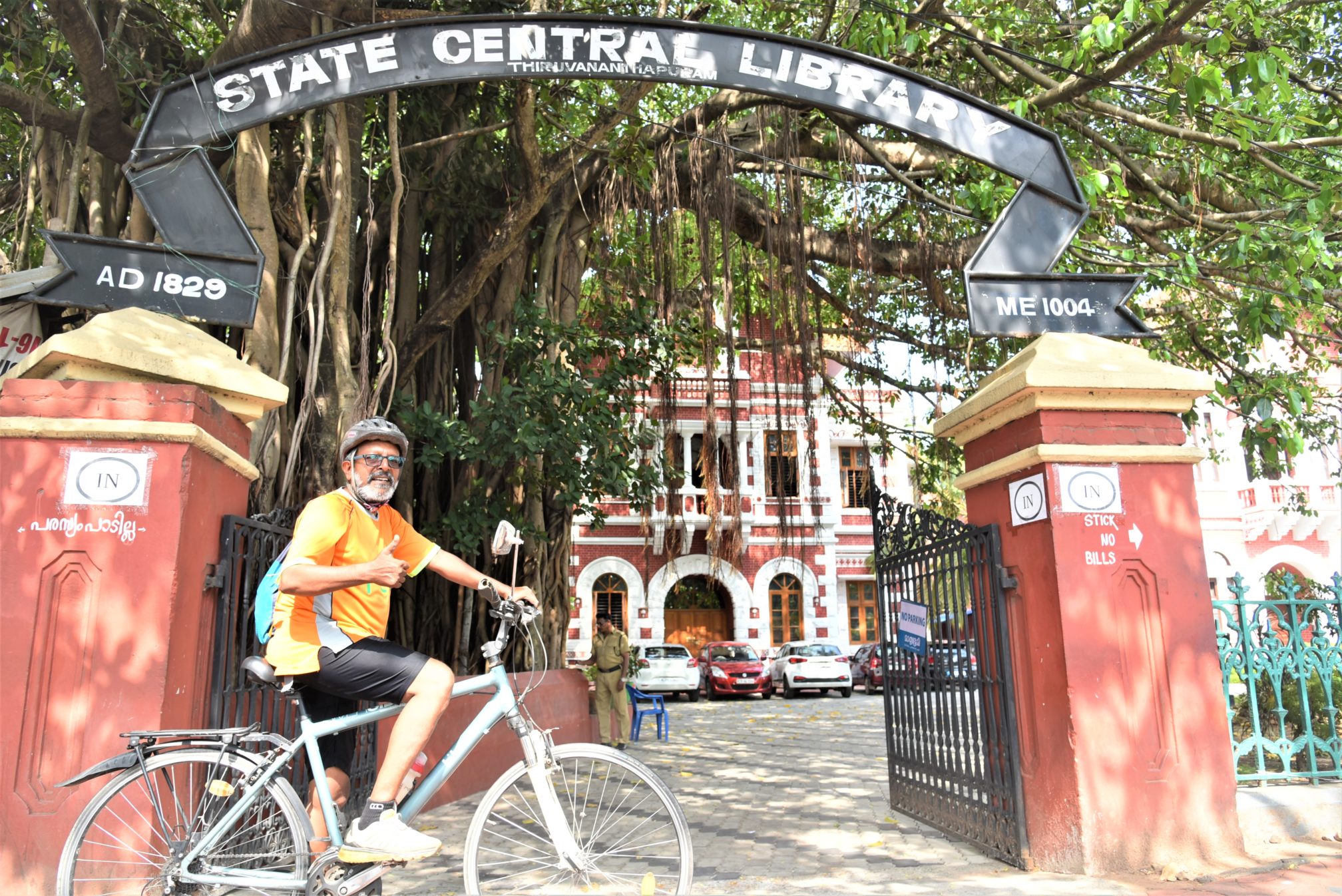 My name is Prakash P Gopinath. I was a senior section engineer by profession and worked for Indian Railways. I took voluntary retirement in 2015 to pursue my passion for cycling, traveling and trekking. I am the founder & managing trustee of Indus Cycling Embassy, both the oldest and the first cycling organisation in my city, working to promote cycling among for the everyday person in Trivandrum. We organize cycling rallies for social causes such as organ and blood donation, palliative care, environmental awareness, sound pollution to name a few. We also bring the joy of cycling to those who have been excluded in the past, teaching women to cycle and donating bicycles to young girls who can’t afford one every month.

As John F. Kennedy once said,

“Nothing compares to the simple pleasure of riding a bike.”

My mission is to spread the joy and benefits of cycling to everyone in Thiruvananthapuram and beyond, and to transform it into a haven for cycling. The looming threat of global warming is a pertinent issue and I believe cycling as a means of transport is an accessible and viable method for fighting it. Furthermore, in the increasingly monopolized economy of the current world—specifically concerning the tyrannical power of oil corporations—the bicycle also serves as a potent political statement. In addition, social change and awareness are also feasible through the means of bicycle rallies; a better tomorrow is also part of my mission.Furthermore, due to the state of cycling in my city I wish to liaison with the authorities for the right of cyclists, and make my city a safe place to commute by bicycle.

I would like to further spread the joy of cycling by forming cycling clubs in at least 10 schools by the end of 2019— promoting it as a viable and eco-friendly means of transport to students throughout the city. Forming an all-female cycling group to reduce the stigma associated with women cycling is another project on my radar.

We have also started creating a chain hosting system for traveling cyclists in Kerala, along with labeldling bicycle repair shops in google maps en-route. Finally, a plan to create and facilitate a framework in which folk can donate unused bicycles to people that need one is also in the works.

The magnitude of cycling clubs in professional colleges around the city have brought an immense amount of students into cycling. The monthly cycling rallies that we conduct are also another facet that other cities can learn from.