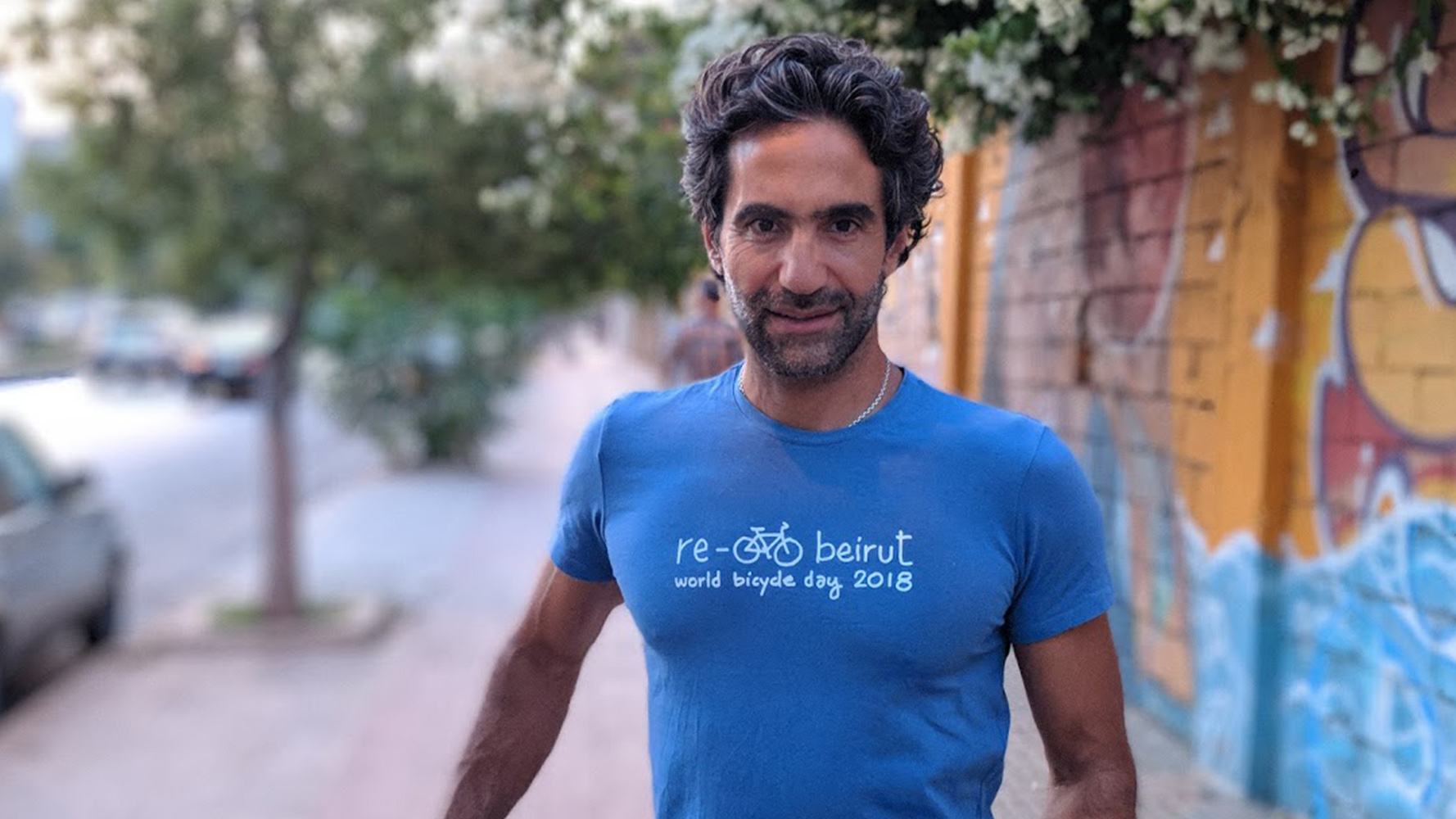 Creating inclusive, recreational and commuter cycling communities one bicycle lesson at a time is my goal. My name is Philippe Dagher I am an entrepreneur and nature lover, always striving to implement solutions for a clean and healthy city. Being one of the first people to ride my bike in a suit, I have successfully convinced friends and employees to start riding bikes as well. I believes that cycling is just as safe as walking, as long as you ride responsibly. In no more than seven years, I hope to see a Lebanese capital that holds 50 percent fewer motor vehicles than today. My aim for Beirut is to encourage more cyclists in the city and improve cycling infrastructure at the same time. Urban cycling is not just necessary, but also highly practical and liberating. Despite the chaotic traffic and lack of infrastructure, 17 years ago I learned that biking worked well and that all I needed was a bike; for exercise, mobility and commuting.

My mission is to make Beirut a healthier city to live and grow in. By substantially growing the number of bikers in Beirut, I intend to make this city more pleasant and attractive and functional to residents and visitors.

→ People’s reluctance to start biking in a harsh car-centric environment.
→The government’s lack of awareness of the actual problem ( pollution, congestions, chaos) and lack of willingness to adapt the city to soft mobility and public transportation.

→ The first things I’ll do in Beirut is organize a public films screening at Sursock museum to create public awareness among the public decision makers.
→ I also want to work with the Beirut municipality to set up some dedicated bicycle lanes and come up with a long term vision for cycling in Beirut.