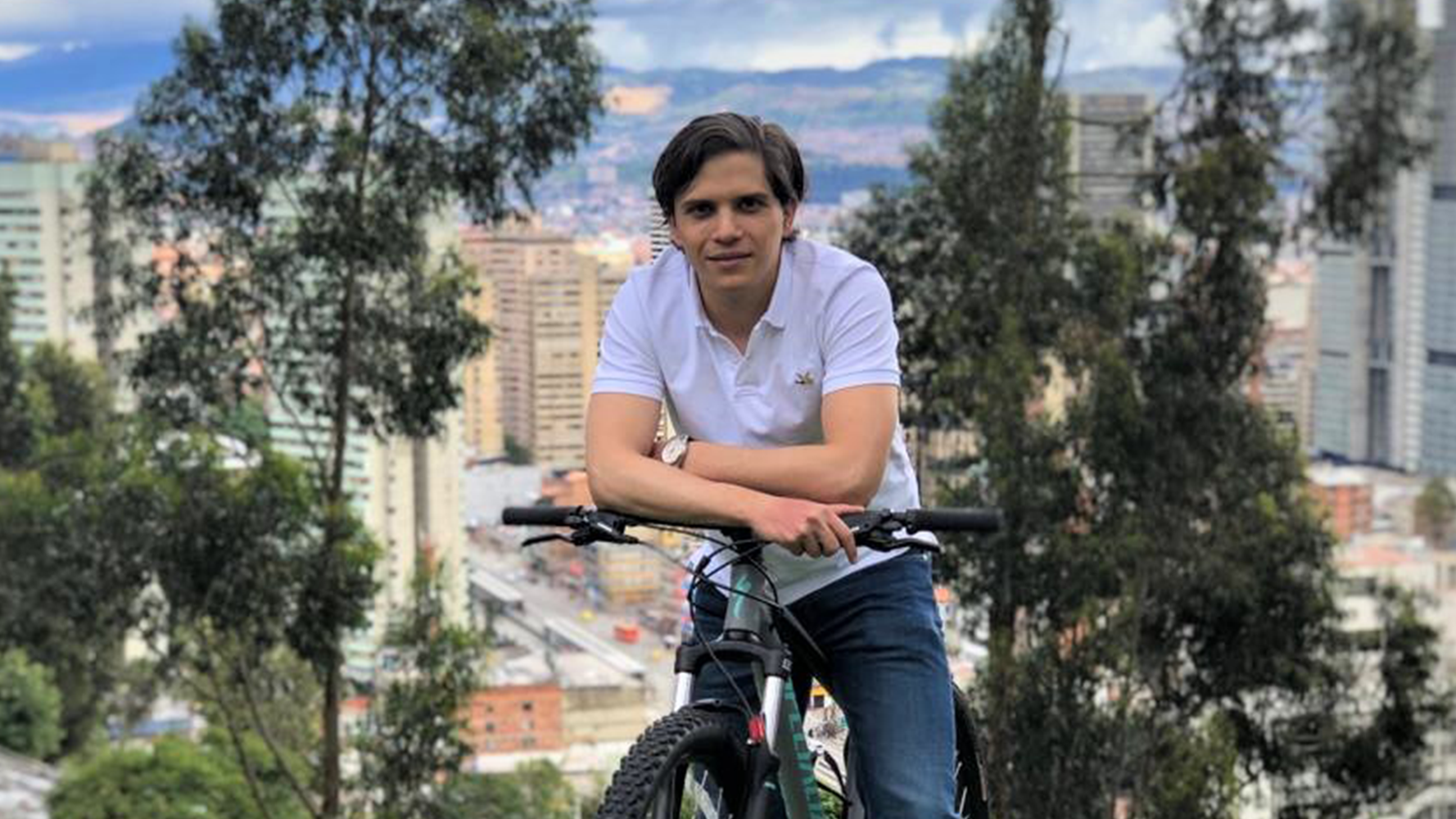 I remember the day like it was yesterday. It was my 6th birthday, and my mother had a very special gift for me, my first bicycle. I only need a couple of weeks to learn how to ride on my own. The feeling I had can be described in two words: freedom and power. That same feeling is what today, 20 years later, I want to encourage in all the inhabitants of my city through appropriation of the bicycle. Being the first Bicycle Mayor in Bogotá is not only a great honor but also a huge challenge due to the profundity of the bicycle phenomenon in my city. Thanks to my bachelor’s and master’s degrees in Politics, Government and Public Management, as well to my experience in political consultancy, and my years as a bike user, I understand that social transformation through cycling must arise through the joint effort of all sectors of society. Thus, my job will be to join efforts around the bicycle to promote it as the principal means of transportation in Bogotá.

My mission is to improve the quality of life of the inhabitants of Bogotá through the appropriation of the bicycle as the main means of transportation.

Cultural appropriation and trust: failure to comply with traffic regulations and lack of respect for other passers-by, place the integrity of cyclists and their environment at risk. According to official data, 4 out of 10 people who travel by bicycle do not use safety elements such as helmets or reflective vests. This has dramatically increased accident rates and mortality among cyclists. To this must be added the poor condition of some bike paths and the absence or bad state of traffic signals. On the other hand, bicycle thefts have increased substantially, making people think twice before riding a bicycle. It is necessary to carry out actions aimed at improving the safety of cyclists and to implement awareness initiatives on compliance with traffic regulations.

Bike2work & Beyond: Despite the fact that we have made great progress in the use of bicycles to go to work, we need to create conditions for people to make different bicycle journeys and activities, thus generate greater ownership. The absence of bicycle parking and the lack of incentives for people are some of the limitations. We need people to make their daily trips by bicycle!

Empowering vulnerable populations: school dropout rates in Bogotá are worrying. Despite the progress made in the construction of public schools, students do not attend classes as desired, due, among other things, to mobility limitations. On the other hand, Colombia is the country in the region with the highest rate of mothers as heads of family. In my city, these women can not be mobilized in many cases because they can’t leave their children alone at home. This has prevented them from getting jobs, being with their families, and doing daily tasks. It is necessary to promote the use of the bicycle as a means of empowerment for these vulnerable populations.

I will contribute to the improvement of the bicycle environment through the articulation of forces of the different stakeholders that make up what I call the iron circle, which is made up of the Academy, the Politicians, governmental authorities, the business community, and civil society.

The determination along with the political and social will to install more than 500 km of cycle exclusive routes. Also, the effort to maintain, after 44 years, the cycleway on Sundays and holidays (Ciclovía), where the main roads of the city are enabled only for bike users, pedestrians, and alternative means of transport. Finally, the cycling culture that is promoted by parents to their children from an early age.